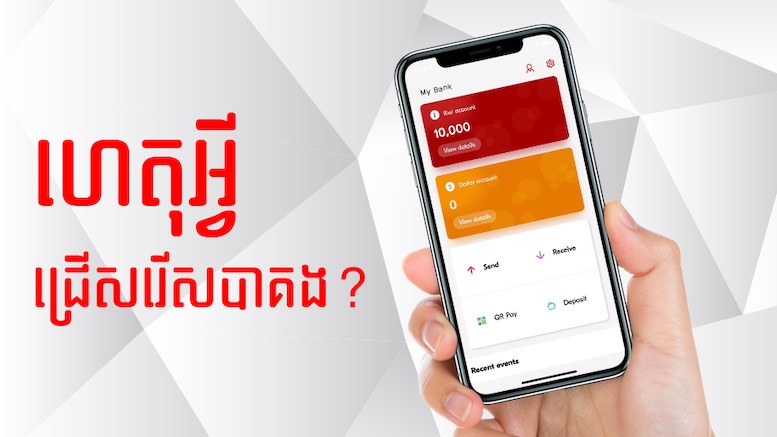 I am excited about soon returning to the USA for the RAG New Orleans conference but one aspect of doing business in North America fills me with dread: making payments to small and medium-sized enterprises. The majority of consumer purchases can be handled with a wave of a credit card, but it is absurdly common to be asked to settle business-to-business transactions with a check, the comically outdated and insecure technology of coding a payment on to a hand-written piece of paper that has been pre-printed with special ink so the paper can be physically transported to another location where machines will interpret my ink squiggles and the bank’s ink squiggles to determine if the check is valid and a bank transfer can occur. Why not simply use my phone to instantly instruct the bank to make the same transfer, as would be my preference when I am away from my desk? I may be the customer, but I will be pressured to use a slow, insecure and dying technology for paying bills because people and processes have not exploited the potential created by the internet and mobile networks. Sometimes a crisis accelerates change, and the pandemic has boosted the popularity of mobile payments in the USA. Market research business eMarketer forecasts that half of all smartphone owners in the USA will have used their phones to make at least one store purchase by the year 2025. However, this is way behind the adoption rate for the leading countries around the world. Cambodia is a good example of the pace of change, having seen a 42 percent rise in the number of mobile payment users between 2020 and 2021. There were 13.6mn mobile payment users in Cambodia by the end of last year, representing 81 percent of the country’s population, despite Cambodia ranking only 143rd in the world by GDP per capita.

Cambodia has used distributed ledger technology to implement Bakong, a mobile payment ecosystem that turns multiple services like e-wallets and electronic transfers into a compatible suite of services that allows money to flow seamlessly between different banks and different payment apps. The advert reproduced above asks ‘Why Bakong?’, to which the chief answers are convenience and interoperability. Instead of facing a choice between rival systems that do not work together, Bakong users benefit from a common payment and banking infrastructure that is as universal as checks are in the USA, but without all the inefficiencies of a paper-based system. This has enormous benefits for trade within Cambodia, but it will also boost international commerce too. China are the world leaders in mobile payments, where the popularity of Alipay (1.3bn users) and Tenpay (900mn users) dwarfs that of Western rivals Apple Pay (500mn users) and Google Pay (100mn users). A recent article from China’s Xinhua news agency highlights the rapid adoption of mobile payments in Cambodia and the expectation that these services will inevitably become more international in scope. They quoted Chea Serey, Director-General of the National Bank of Cambodia, as saying:

In the future, Cambodia will seek the possibility of cross-border payment via Bakong between Cambodia and China

The importance of mobile payments extends beyond the convenience for businesses and their customers. China has a strategic interest in promoting the development of cross-border phone-to-phone payment infrastructure for reasons that are linked to recent arguments about whether to exclude Russia from the SWIFT banking system as punishment for invading Ukraine. The central role of SWIFT and the US dollar in performing international transfers of money means they can also be used to exert enormous pressure on countries because of the threat of being cut off from international trade. The Chinese government knows this is not just a theoretical risk. Carrie Lam, the Chief Executive of Hong Kong, is one of the best-paid government officials in the world, but the international sanctions that targeted her following the clampdown on Hong Kong democracy activists means she receives her salary in cash, despite presiding over one of the world’s most important banking centers. China has a long-term goal of eroding the importance of the US dollar and Western-controlled banking institutions. This is best achieved by promoting decentralized technologies like blockchain, so it is harder for any central authority to control the international flow of money, and by empowering end users, so they have fewest obstacles to dealing with each other.

The Chinese government wants a rapid worldwide expansion in the use of mobile payments, but this is not because they want to democratize money; they have other ways of surveilling and dominating people, and they will crush any Chinese caught using cryptocurrencies that the authorities cannot control. They want to loosen the flow of money so it is harder for the USA and its allies to exert influence by limiting trade, and one way to achieve this goal is to encourage the adoption of interoperable mobile-based payments systems around the world. This partly explains China’s strategic obsession with telecoms manufacturing and the rapid roll-out of improved mobile networks. It is also a savvy strategy that exploits the inevitability of change. Young people around the world like to use mobile payments, as can be seen from statistics in the USA, Cambodia and everywhere between.

Why India Had to Suspend SMS Spam Blockchain Safelist