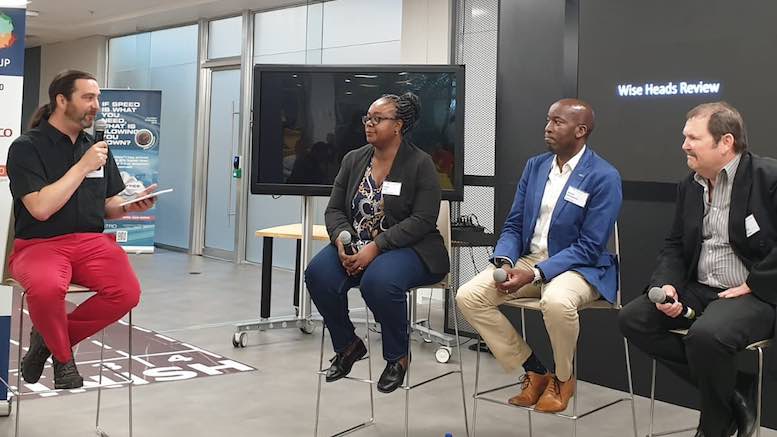 Telcos are often publicly criticized for not doing enough to protect their customers from crime, so it makes a refreshing change to see journalists drawing attention to the good work being done by a telco that actively fights fraud. This week MTN South Africa received a blitz of media coverage for their Subscriber Identity for Third Parties (SIFT) solution, which will warn banks about customers who may have fallen victim to a SIM swap fraud.

Elgiva Sibisi, General Manager for RAFM at MTN South Africa, was central to the press reports. Earlier this month Elgiva (pictured third from right) was telling me and the international audience of risk professionals at RAG Johannesburg about the work done by her team. In contrast, this week Elgiva’s advice was circulated to the South African public via the news media. She was quoted by TechCentral, CAJ News, IT-Online and Lowvelder amongst others. They all drew attention to Elgiva’s description of SIFT and the other ways that MTN South Africa combats SIM swaps.

MTN has introduced a solution called Subscriber Identity for Third Parties (SIFT), which gives banks real-time alerts on change in SIM card number. This feature is zero-rated and gives customers a 48-hour window period to stop any unauthorized transactions. MTN is also encouraging customers to provide a secondary number or an email address to verify SIM swap requests.

Each news story also mentioned MTN’s Treating Customers Fairly (TCF) policy. The intention of this policy is protect customers from frauds and scams.

Many telcos are reluctant to talk about fraud. They treat customers like children, believing they will worry less if serious issues are not mentioned in front of them. Well done to Elgiva and MTN South Africa for taking the opposite approach, by openly discussing the risk of fraud and then explaining what MTN does to mitigate it. Obviously it helps that MTN has invested in new techniques to stop crime! More telcos should follow the example of Elgiva and MTN South Africa.