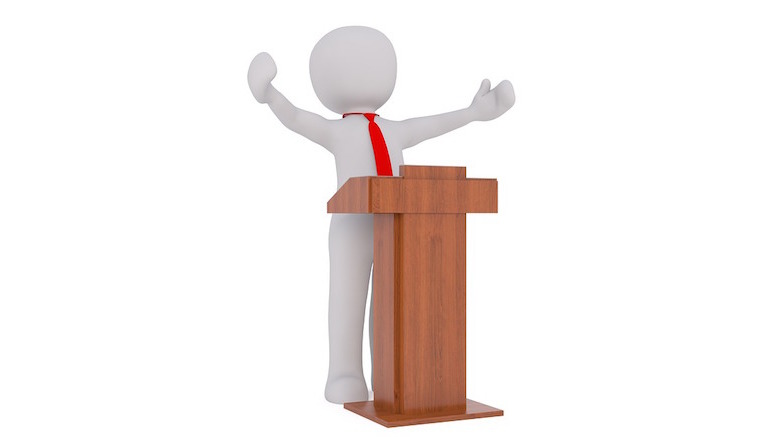 I love working in telecoms. The dynamism, the speed of change, the need to fix any issues within as short a period of time as possible because, in the most serious cases, it can literally be the difference between life and death for customers. It’s a cliché, but no two days are the same. Assume you’ll encounter something new each day, and you hopefully won’t be caught unawares.

Nonetheless, I was surprised recently at work when a colleague mentioned “Power Posing”. It was, so my colleague said, a method that had been proven to improve how people performed when presenting in front of a large audience.

That got me interested – I’ve attended and presented to a few conferences recently, including RAG London in 2017. So I listened intently.

My colleague continued. Apparently… (I should have stopped listening then – any fact starting with ‘apparently’ is guaranteed not to be a fact).

Apparently… you should adopt a ‘power pose’ immediately before starting the presentation. A power pose is how Hulk Hogan or Wonder Woman might stand. It increases blood circulation. It increases testosterone. IT MAKES YOUR PRESENTATIONS BETTER.

It sounded too good to be true. It also sounded, if I’m being honest, like a sitcom sketch – many of you will have seen the episode of Blackadder where Hugh Laurie is encouraged to spread his feet wide apart and thrust his genitals towards the audience. And, just to prove that real life is at least as strange as fiction, there are plenty of photos of UK politicians doing exactly this over the last few years.

George Osborne & Theresa May have obviously had the same 'how to stand' teachers as Prince George in Blackadder III pic.twitter.com/OzBCDvTgdP

But despite all this – I was intrigued enough to investigate further. So I did. And so can you.

Unfortunately, it’s nonsense. Aside from everything else, the assertion that ‘more testosterone makes you better’ is quite offensive to roughly 50 percent of the population. But what is interesting is that the researchers convinced enough people that it was real to have then been adopted by politicians and business leaders globally. A Google search returns columns in the Wall Street Journal and other respected publications. Articles with bold claims that:

“This Simple Power Pose Can Change Your Life and Career”

About 5 years after the original research and conclusions, the whole thing was debunked. The researchers admitted to cherry-picking the data. That their subjects were aware of what was being tested. That they did what they needed to prove their hypothesis, even though their testing had proved that it was wrong. Or was it wrong? If you believe that you’ve got a trick that will make you present better and more confidently – would you then present better and more confidently…?

I can prove anything with statistics except the truth.

Researchers can do it – I’ve just taken you through one of the many examples. Politicians and journalists do it daily. And assurance professionals should be able to do it too.

Let me collect a set of data and business metrics, and I can prove to a stakeholder how far we’ve progressed in the year, how we’ve exceeded expectations, targets and goals, how we’ve stopped the company from haemorrhaging millions of pounds. Alternatively, I can use the same data to show how far we still have to go and why we need the size of the team doubled.

Give me some figures and a blank PowerPoint slide, and I’ll come back to you in a few hours with whatever I think you need to see. And while both may have traffic lights and pie charts (because everyone loves a pie chart), it could be something that brings joy to the recipient as though they’d heard choirs of angels singing. Or it could make them want to jump off a bridge.

Being able to communicate the right message (still based on facts and statistics, let’s not forget) to your stakeholders is a key skill of a revenue assurance manager. It’s the difference between being recognised and being taken for granted. Between getting further investment and being at the front of the queue for any ‘cost saving initiatives’. You tell your audience what they need to hear.

Which is why I’ve left some of the conferences I’ve attended feeling really infuriated. There’s been nothing I’ve needed to hear – they’ve been little but 48 hours of vendors competing to see who can get the most business cards. I’ve sat through hour after hour of presentations by people trying to sell me the Next Big Thing in assurance but without telling me anything of interest. It’s 9000 percent faster than the market leader and uses technology stolen from a crashed UFO. This is what you should put in your business case. This is how to get your senior stakeholders to pay for it.

Don’t care, don’t care, don’t care. I don’t need to hear technical capabilities. I definitely don’t need to hear someone else tell me what my business case should be – I’m more than capable of using ‘creative’ statistics myself! What I want to hear is practical uses for it. For anything. A new tool, a new approach, a new model. It could be something that might cost my employer millions of pounds to implement, or it could just be an idea. A seed. Something I can get excited about, because as sad as it sounds I do get excited about an application of assurance techniques that I’ve not considered before, and I will create my own arguments to put them into place in my team or organisation.

And that’s where the events run by the Risk and Assurance Group differ from any other conference I’ve attended. You hear from professionals sharing their experiences. How they increased stakeholder buy-in. How they made a leap forward where the rest of us have achieved only small steps. How they identified a risk that nobody else spotted. How they stayed one step ahead of the fraudsters and system gremlins that jeopardise company margins.

Yes – I’m biased. I’m on the RAG Committee. But I would be genuinely surprised if anyone that’s attended a RAG conference before hasn’t got some kind of benefit from it. A nugget that they can drop into their day to day work. A new control to identify and prevent a threat. A new way of joining up efforts across the company. A new way to look at a problem. A new reporting format, risk model, 5-year plan, mission statement, or decision that everyone in the team should wear a bowtie every Thursday because it’s good for morale and makes sure that everybody knows who you are.

RAG’s next conference in London will not be endless sales pitches. It will not be a scrum of people desperate to get hold of your business card when all you want is a coffee and a muffin. It will not be power posing, exaggerated stances and thrusting genitals. It will be people like you talking honestly and frankly about how they’ve made a real difference in their role.

So why don’t you come along? You know you want to. It Could Change Your Life And Career.