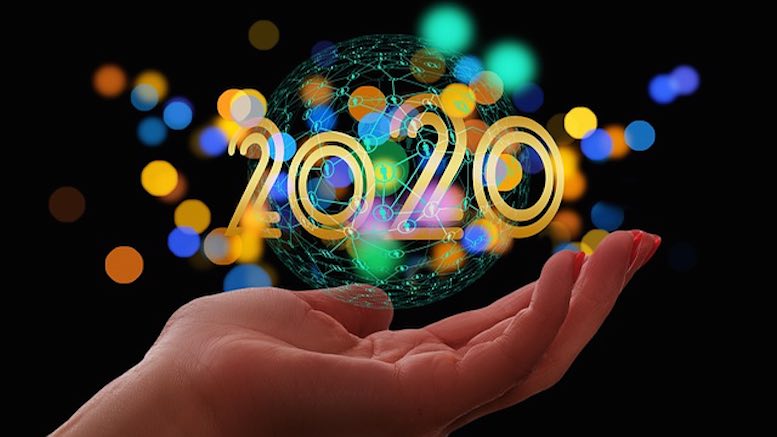 It is rather strange to be issuing predictions about year 2020 with one month behind us, but we are living in interesting times. Unfortunately, the first prediction that I wanted to make (i.e. that January 2020 would have 31 days and the sun would rise from the East and set in the West during that period) has already happened. I am thus left with the predictions given below.

RAG will continue to grow from strength to strength. I know I am biased as I serve on the RAG committee. However, when I scan the industry, I do not see any other organisation that is capable of driving professional conferences, hosted by telecom operators, attended by telecom delegates, vendors and credible thought leaders. I have just come from a very successful conference in India and if the energy that was in the auditorium in the two days is anything to go by, the community of RAG professionals is solid.

We must, of course, not become complacent. I am reminded of this inscription that adorned the assembly hall of my high school: From those to whom much has been given, much will be expected. I thus repeat the appeal I made in Delhi: if you have attended RAG and liked it, come back one more time but this time come with a colleague. If you once attended RAG and did not like it, come back and give us a piece of your mind freely so that we can improve. Sounds like a fair request?

K Is for Kinship with Kleptocrats

A certain vendor, who shall not be named, will continue to sign up clueless governments (also not named) with the promise of uncovering hidden revenues. This company will claim that it can only work with governments and never with operators. The story will be that all other RA systems and fraud management systems cannot detect what this vendor’s systems can detect. Yes, theirs is not a system, but a super-system.

Underlying this belief is a theory which states: all telcos are scheming thieves. And not only are telcos thieves, but they have bypassed every other control that anyone has ever put in place, including those executed by RA, fraud management, internal and external audits, audit and risk committees, industry observers and critics, and scrutiny by the media. Telcos, unlike any other business, are supposed to be uniquely creative in hiding revenues, especially when the revenues are generated from international incoming traffic. This is why telcos, unlike any other business, need to be monitored by special and expensive systems that are uniquely designed to track every call, every message, and every mobile money transaction.

Prime targets for this vendor will be governments in the African space. Millions of taxpayer dollars will thus go down the drain. Did I mention that such deals will likely be single-sourced? Clever ones among you can see how the cookie will crumble… and be eaten. I promise the audience that I will keep calling out such shady deals – please keep visiting Commsrisk to read about them.

The talk of the town (machine-learning, artificial intelligence and use of blockchain) will be a tale of two cities. Some vendors and operators will deliver credible use cases by working together. BT showcased some incredibly good work in this area at the RAG Delhi event. Consortiums will steadily emerge and become stronger thus delivering real solutions – see what the RAG Wangiri Blockchain project is delivering. The rest of the crowd that is too haughty to cooperate with anybody – presumably because they know everything – falls into the second group. These folks will keep making noise about such things. They will also deliver something: a lot of farts but no poo, thus explaining the noise.

It is (very) likely Donald Trump will complete his wall before this latter group breaks down the mental walls holding them back. I don’t know about you but I am very clear in my mind which group I would rather be part of.

We will continue to witness repression of civil liberties and a number of governments will use all manner of tactics in controlling the masses using technologies. Shutdown of internet services to control social media flare-ups and registration of SIM cards, under the guise of improving security, will be the tools of choice. Sadly, Africa will lead in this manner. If you are looking for work in the assurance space, it would be wise to stay away from countries that are holding elections this year.

Mobile money taxation will provide a chance for governments to become “clever”, although the people being taxed will feel the governments are even dumber than before. These governments will overlook the benefits of an expanding ecosystem (which would be encouraged by less taxation) and instead they will go for quick raids into the mobile money revenue stream. The cost will be passed on to customers.

The same government mandarins in charge of such lousy taxation regimes will still appear in international forums and declare that, “a significant portion of our population continues to be underbanked and we are actively encouraging investors to innovate better and sustainable ways of serving this segment.” I will be the guy puking in the coffee cup so please hand me a serviette when I am done.

This one is specifically aimed to piss off Eric Priezkalns, the Editor of Commsrisk. Rob Mattison will appear somewhere, reinvented and reinvigorated. This time he will claim that he wrote the complete guide for IoT assurance and 6G+ technologies way back in the summer of ’69. Some people will believe him. And they will give him money!