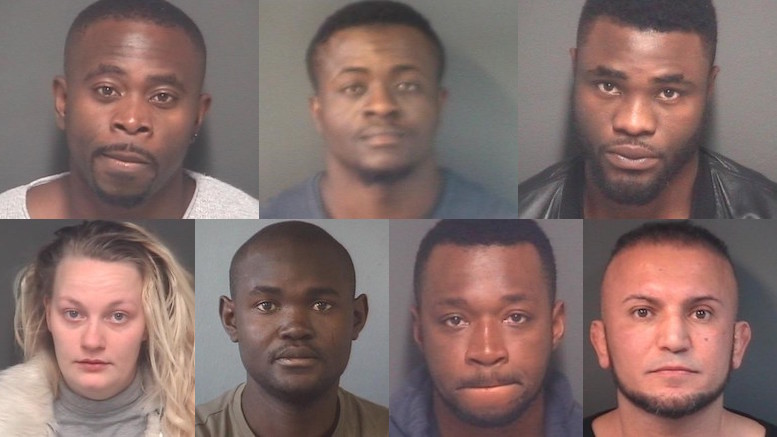 Seven members of a British gang who diverted phone calls and emails for 2,000 BT customers have been sentenced to over 18 years in prison between them. Based in Southern England, the crooks stole at least GBP358,345 (USD463,000) in goods by creating online accounts that exploited the credentials of their victims, although police believe the total value of their crimes is much higher. According to an announcement by the Hampshire Constabulary:

Between May 2014 and June 2016, the defendants managed to infiltrate BT customers’ accounts, before placing a call divert on their phone lines, or in some cases diverting emails, meaning the offenders could obtain their bank details and other personal information.

The fraudsters then used PayPal and other services to make online purchases that included Rolex and Breitling watches, clothes by Versace, furniture and televisions. However, they were not so clever at hiding their whereabouts, with many of the deliveries made to the home addresses of the fraudsters.

A spokesperson for BT commented on the role their business had played in bringing the fraudsters to justice.

In this particular case, through detailed analysis of call divert data, our security team became concerned that some BT customers may have unknowingly revealed their personal account details to fraudsters. A thorough investigation was launched and our findings were passed on to Hampshire Police. We have supported the police with their investigations and are pleased that this has now helped result in the sentencing of eight people with respect to this crime.

Prosecutors were unsure of how the fraudsters obtained the personal data of the BT customers they abused, but believed the evidence suggested victims had been tricked by phishing emails. The police further warned:

We hope this case raises awareness of the risks people face online, and acts as a reminder to people to only open emails from people they trust.