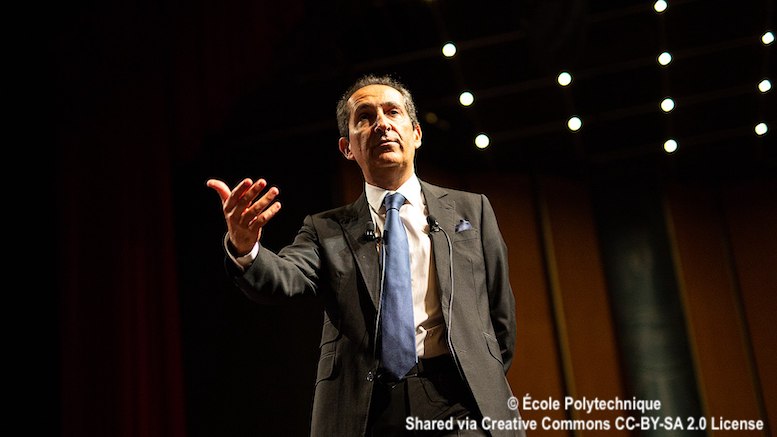 When is a private-sector business not a private-sector business? One answer to that question is when it is a telecoms operator. The UK government is reviewing the national security implications of Altice, the telecoms and media multinational, buying a significant portion of shares in BT, the leading operator in the UK by market share. This may lead the government to obstruct Altice from acquiring more BT shares. BT’s management have publicly stated they will cooperate with the review. In private they may be relieved that the government is sending a warning to Patrick Drahi (pictured), the billionaire owner of Altice, that any attempt to take control of BT may be blocked.

The review was prompted by the UK subsidiary of Altice raising its stake in BT from 12.1 percent to 18 percent in December 2021; a 30 percent holding would trigger a takeover bid. Altice was asked at that time if they would attempt a takeover, which they answered in the negative, with the consequence that they were prohibited from buying more shares for the following six months. That stock market raid allowed Altice to leap ahead of Deutsche Telekom, the second-largest shareholder in BT. Deutsche Telekom has held 12 percent of BT’s shares for over a decade as part of their employee pension fund. Reaching the end of the six-month moratorium on further share purchases means you do not have to be a Wall Street whizz to see the potential for Altice to launch a snap takeover bid if they could close a deal to buy Deutsche Telekom’s current stake. This must also be apparent to UK Business Secretary Kwasi Kwarteng who instigated the review using the new “call-in powers” included in the National Security and Investment Act that only became law last year.

Altice is headquartered in France, where their acquisition of SFR and other comms providers has established them as second only to Orange. They have spent approximately GBP3.2bn (USD4.1bn) on building their holding in BT whilst Drahi has a reputation as a wheeler-dealer whose wealth has grown enormously since he took control of Israeli cable TV business HOT in 2011. Drahi was born into a Jewish family in Morocco, but subsequently became a citizen of France, Israel and Portugal, where he has built up most of his business empire. So whilst Drahi epitomizes the cosmopolitan nature of modern telecoms and media tycoons, none of his national ties or past business practices suggest any reason to portray him or Altice as a security threat to the United Kingdom. The reason to consider the national security implications of a takeover rather reflects the true nature of the relationship between BT and the UK government, which is backing a GBP15bn (USD19bn) program to lay broadband fibre nationwide. It suits the UK government to fund essential infrastructure without being directly responsible for the successes and failures of BT’s management, but it would not suit them to have a foreign company able to extract value from the UK market at the same time as UK taxpayers’ money is being pumped into it. The government’s interest is to maintain the status quo, with no investors being able to exercise the kind of control that would rival the government’s plans for what they want from BT.

It seems a long time ago now, but BT’s privatization in 1984 set a precedent for altering the relationship between telcos and governments not just in the UK but across most countries. The Conservative government of that era backed the sale of 50.2 percent of shares they owned in BT with a glossy marketing campaign and an offer deliberately designed to encourage ordinary people to buy their first shares in a publicly-listed company. The move allowed the telecoms market to be freed up for increased competition whilst also shifting the burden for future investment from the taxpayer to the private sector. This proved to be astonishingly successful, which in turn explains why so many other state-owned telcos have been privatized in the meantime. The only countries unaffected by this tidal wave of privatization are those with such hardline communist governments that they refused to countenance increased private ownership of telecoms, those (often overlapping) countries which are so impoverished that nobody wants to buy their telcos, and the United States of America, which had never established a state-owned national provider of telecoms services. During the intervening years it started to seem ‘natural’ for telcos to have shareholders and to become focused on generating profits to be paid as dividends to their owners. This intervention by the UK’s current Conservative government signals that there were always limits to the extent to which investors would truly control the telcos they owned.

Though couched as national security, it would be fairer to describe interventions like these as a reflection of a national strategy. Governments understand that long-term investments in infrastructure cannot always be financed by a private sector, but they also know that civil servants are lousy at running businesses. The need for some public money is profound when it comes to modernizing networks, which is why many countries have established standalone companies to build and operate national broadband networks. The UK has taken a different approach, with the former state-owned incumbent operator being trusted to manage the delivery of upgraded fibre optic infrastructure. Private investors are not tempted to support such projects because it will take such a long time to accrue the long-term return on investment, and many of the economic benefits will actually be enjoyed by users of the networks, rather than its owners. But given the penchant for governments to buy votes by imposing price controls, any private investors would be taking a risk that they will never see a positive return on their investment. This is why ‘security’ is really a euphemism for governments exerting ownership-like control over telecoms operators, and hence having an interest in vetting their partners from the private sector.