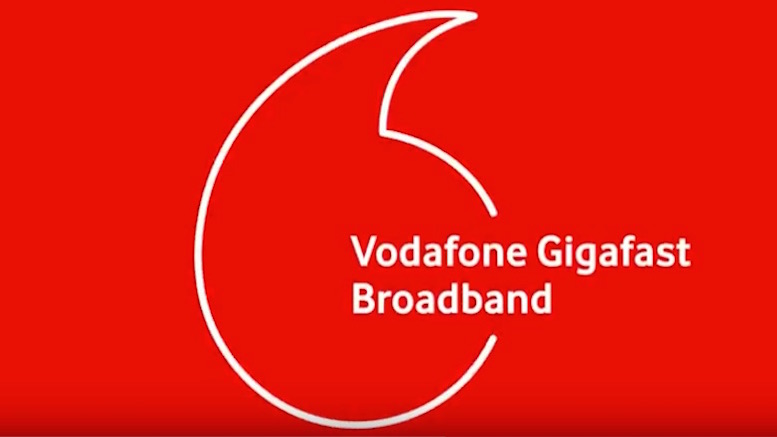 The British public are gullible.

At least that’s what the marketers at Vodafone UK may have been thinking when making claims about the speeds that their ‘Gigafast’ product will give consumers. It’s a catchy name but it doesn’t have the implied realized speeds. As Vodafone UK are newer players in the residential broadband market, it’s understandable they wanted to attract consumer attention with a new, exciting offering.

However, the game of business means organizations like Vodafone maximize their revenues, and it is the role of overseeing entities to ensure ‘fair play’ for consumers. So when Virgin Media rightly complained to the UK Advertising Standards Agency (ASA) that this product name would mislead some people about the reality of realized speeds, the ASA upheld the complaint and ruled that Vodafone’s ‘Gigafast’ service was misleadingly named, but not for the reasons you may think!

More on that shortly but I think there is some background to consider first.

Advertised broadband speeds have long been a point of concern and contestation in the UK.  Both Ofcom and the ASA have been involved in trying to ensure that UK ISP’s are honest about the speeds that customers are likely to really enjoy.

As far back as 2010, Ofcom released a Voluntary Code of Practice (VCOP) related to residential broadband speeds which, at its inception, only involved the largest players in the UK’s residential market.  The problem was the use of ‘up to’ speed being advertised and used in the point of sale.  Most Brits can remember being told that broadband services would give a household ‘up to’ 8Mpbs (ADSL1) or 16Mbps (ADSL2) but these speeds were not delivered in reality.

The VCOP was designed to ensure that, rather than the misleading ‘up to’ speed, expected throughput speeds would be replaced at the point of sale in all routes to market (online, phone, in store, etc.) by a speed estimate that customers were more likely to receive.

The code demanded that ISP’s stopped quoting headline speeds (‘up to’) in advertising and, more significantly, that a prospective or re-contracting customer was presented with a more accurate range of the speed they could expect.  This was done using information in product eligibility checks, using speeds of existing customers on similar products to estimate a reasonable peak time expectation.

These were provided in the form of a range, equivalent to the speeds achieved by the 20th to 80th percentiles of the ISP’s existing customers who had similar line characteristics (including estimated line length) and who had a broadband package of the same headline speed that the prospective customer was enquiring about.

Another number was also provided at this time, referred to as ‘the minimum guaranteed access line speed’.  This number was based upon the 10th percentile of the existing customer base and afforded a new customer the right to terminate their contract without penalty should their provider fail to maintain at least the minimum guaranteed speed.  Initially this ‘get-out’ clause was only enforceable within the first three months of the service live date.

The ISP’s who were in the frame to adopt and support this new approach made significant changes across their organizations to support it, from technical and procedural changes to advertising and agent training, representing a significant investment in transparency for UK consumers of broadband services.

Evolution of the Code

Since its release there have been updates to the code, increasing the number of ISPs as signatories.

In the 2015 update, signatories included BT, Sky, Virgin Media, KC, EE, Plusnet, TalkTalk, Vodafone and Zen Internet, most of whom were signatories to the original 2010 code.

There were a series of new Ofcom codes that came into effect in March of 2019, including a revision which looks to improve the relevancy of speed estimates at peak times, a minimum guaranteed download speed at the point of sale, improving the process of the right to exit, and widening the scope of the codes to cover all technologies.

A Rose by Any Other Name

So, if Vodafone are adhering to the code at the point of sale, what’s the problem with them naming the new service ‘Gigafast’?

Whilst some believe that consumers would understand the name to be hyperbolic in nature, I don’t.  I believe that most consumers set aside their cynicism because they expect to be protected by organizations like the ASA, and would assume the name should reflect the expected throughput capability as being 1 Gbps (1000 Mbps).

Despite this nine-year history of broadband speed transparency, the ASA didn’t think that the product’s naming convention was a real problem. Instead they focused on the price point of GBP23 per month being marketed for the Gigafast service which would only afford an average speed of 100Mbps, when the price to obtain the fastest average speeds of 900Mbps would cost GBP48 per month.

The buck stops with the ASA.  Vodafone seeks to make as much profit as possible and it’s the responsibility of the ASA to defend customers from marketing misinformation.

However, the ASA seem to be contradicting both common sense and themselves. They have fervent objections to misleading marketing statements like ‘up to’, yet are fine with allowing fibre services which still use a copper leg to be described as ‘fibre’. They have now allowed a residential product to have a misleading name.

Surely an entity such as the ASA should be stronger, clearer and consistent in applying its policies in order to protect British consumers from harm.