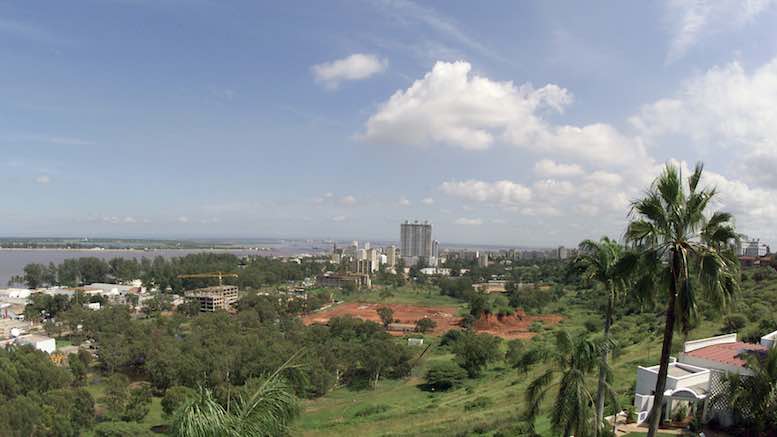 In November 2016, I completed a consulting engagement in Vodacom Mozambique. Initially, I was supposed to be in Mozambique for one year but I ended up renewing the contract over and over until 4 years elapsed. Beyond the excuse of “there was a lot of work”, there is another very simple reason. The seaside city of Maputo (pictured above) is known for great seafood. Honestly I don’t think I will ever enjoy seafood anywhere else in the world, it will always fall short of the Maputo standards. Mozambicans are also very warm people. If somebody ever asked me to summarise the character of Mozambicans, I would have to say: they are just nice and decent folks. And I would mean it.

The above is not to say that it was all smooth sailing. I set foot in Mozambique on that warm night of 2nd March 2013… and I was promptly detained by the Customs lady at Pemba. She spoke Portuguese very fast. Well, even if she had spoken slowly, it would have made no difference for me. At that point, I only knew a few words like “Obrigado” meaning “Thank You” and “Bom dia” meaning “Good morning”.

The other phrase that I knew, which is really a matter of survival is “Eu nao estou armado”. That is Portuguese for “I am not armed”. Trust me, if you have traveled to a dozen African countries and encountered rough policemen, that is definitely a phrase that you should memorise in English, French, Portuguese, Arabic etc. As you utter those words, please keep your hands in plain sight of your tormenter.

The situation with the Customs lady turned out to be a case of harassing the language-challenged traveller. A fellow immigrant who understood what the lady was saying all along caught up with me on the taxi ramp, after I had been released. “Boss, why were you sweating so much in there? That lady just kept saying that she will only let you go after you agree to be her boyfriend?” Oh, that explains why there were grins all over. I swore under my breath.

My next tiff was at the office. My client wanted to set up a revenue assurance team within the Finance department. He wanted, in his words, “to bring all the tasks of revenue assurance controls under one umbrella”. The said tasks were already being carried out by different teams in Billing, Credit Control, Customer Service, Finance Accounting etc. Those who know me will testify to the fact that I am pretty much a guy who goes along with the flow. On this one though, I said no. If the various operational teams have been building and maintaining certain controls to assure the revenue streams, I was not about to walk into their domains and stop them from doing the good work. I was not here to outshine anybody.

As it is, there was already enough work for all of us. The teams were welcome to continue running these controls. I was, however, going to help to put in a framework of coordination that ensures we are not missing some things and we are not duplicating work. Telecom resources are meagre, we could not afford to have 3 departments doing the same thing over and over.

It is not a very good idea to argue with your client on the first day. I was thinking: well, here goes any hope of renewing this consulting gig. So, how did I end up remaining there for 4 years? Well, clearly I was not fired after that exchange. For a start, there was a lot of work to be done and it became clear as we went along the way. Secondly, the client I argued with saw the sense in letting everybody own a piece of revenue assurance.

I still had to recruit a team that was dedicated to running revenue assurance controls, under the sponsorship of the CFO and yes, I am damn proud of those 4 kids who did such a marvellous job that the new RA team was nominated by the Managing Director for a Vodacom Group Team Award. They had zero telecom experience when they started with us and this was deliberate. I specifically hired folks who were unencumbered by previous knowledge – which was a huge gamble, I know.

The lesson is simple. As consultants, it is sometimes hard to say no because it might jeopardise future business. However, sometimes a “no” is what the client needs.

P.S. With regard to the Customs lady, what can I say? Learn a new language every now and then. It might improve your love life.

A Clearing House for CLI Validation