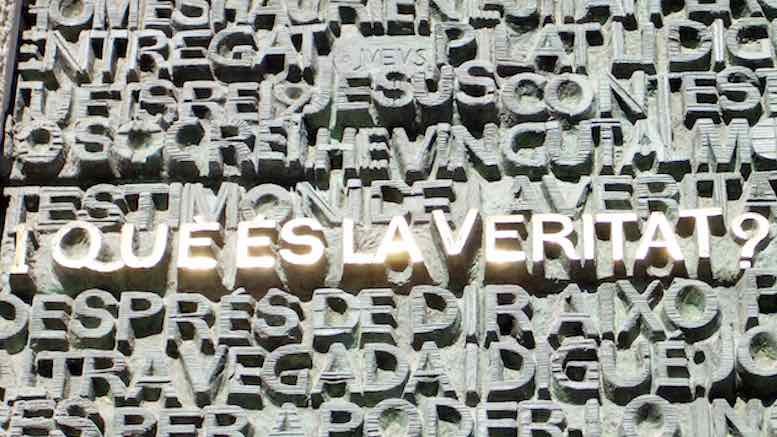 A respected telecoms professional recently shared the following story with me. It concerns Quintus, a new business which is supposedly organizing an RAFM conference in Austria this June. Regular readers will remember that Quintus recently threatened Commsrisk with legal action after we highlighted accusations of dishonest business practices made by a rival conference provider. The professional, who prefers to remain nameless, also has some revealing insights into the integrity of Quintus.

I have been reading your article about RAFM event organizers with great interest and wanted to share my recent experience with the company Quintus. A while back I was approached by Quintus and asked if I would be willing to be a speaker at their event in Vienna in June. Initially I responded that I would consider it. At that time Quintus was a new company for me so I wasn’t sure what to expect. I tried to find some information about the company and their events, but that wasn’t easy. That made me a bit skeptical.

Quintus repeatedly asked the professional to speak at their event, but never received an affirmative answer. Ultimately the professional decided against participating, and reasonably assumed they would not be listed on the agenda because they had never agreed to speak. But then the professional learned something unexpected…

Yesterday I was approached by a system vendor which asked if I was going to be presenting at the event in Vienna. I responded that I wasn’t, and then I was told that my name was in the list of speakers listed in the brochure Quintus had been sending to potential sponsors and participants two days ago. I have seen the brochure and my name is stated in the list as “Featured Speakers”, not potential speakers.

The professional contacted Quintus, demanding how this could have happened.

Their response was that the brochure sent out was a draft and that they had made a mistake not removing my name. The brochure had been made during the period where we had our dialog.

But that is not the end of the story.

The funny thing is that I have had dialog with one of the other listed presenters today, and he says he has never even been responding to Quintus request. Still he is on the list. From my side this is a closed chapter. I will never have anything to do with Quintus again and will never be able to recommend any of their events.

I wish I could say Quintus’ behavior was new, but it is not. Some training and conference providers are honest, but there has always been a layer of bottom-feeders who seek to exploit the training budgets of big businesses and the marketing budgets of vendors by offering a lot of overpriced talk and hollow promises. I am reprinting this professional’s story not because of my personal experience with Quintus, but because I have heard stories like these throughout my career, and things will not get better unless training and events providers are subjected to greater scrutiny.

Telco employees do not tend to go to that many business conferences, but vendors do… and you should hear what they privately say about some of them. Whilst a telco employee might not want to tell their boss that a chunk of the annual training budget was wasted on an event that failed to deliver the speakers or agenda that was promised, vendors pay most of the money that ends up in the pockets of the conference providers. Hence the vendors suffer most when they discover they have bankrolled an event that degenerates into a tedious series of marketing presentations by their rivals… and so struggle to attract telcos.

Some events can only way attract telcos by putting them on stage… but who is that speaker hoping to educate, if there are no telcos willing to just sit in the audience? Meanwhile the vendors get a rotten deal, and are increasingly fed up about it. Sponsors do not want to pay plenty of money just to meet with a few telcos that have been especially flown in by the conference providers – it would be cheaper for the vendors to fly to a meeting at the telco’s offices!

I know it is difficult to share honest information about training organizations that misinform their customers. Nobody wants to admit they were duped. Going public involves a lot downside risk, but with no clear upside. I understand this perfectly well based on my own personal experience – I was once fired for blogging the truth about an event called the World RA Forum! The people working in our field are distributed around the world and find it hard to network with each other. But we need to be more sophisticated. Before I book a hotel, I can check the reviews on Tripadvisor. Before I buy a book, I can check the reviews on Goodreads. And before I buy anything on Amazon, I will check what other Amazon customers have said about the product. So why should the only source of information about a training product be the people who are marketing it?!?

The people who buy training, who attend events, can share useful information about the quality of the product they received. And if nobody is able to give an objective review, then that also tells us about the provider’s track record.

One time Hugh Roberts said I was responsible for ‘GRAPAwatch’ – monitoring the truth about GRAPA’s training compared to the claims made in their marketing. Hugh is a man who has organized many conferences, so he is entitled to his opinion on training and events, but I never felt myself responsible for GRAPAwatch. At best I was providing a public conduit. Most of the information came from other people. And they provided that information because they were unhappy about the discrepancies between what GRAPA promised and what they delivered in practice. If GRAPAwatch achieved anything, it helped engaged professionals to make better informed choices about the training suppliers they used, and what they hoped to gain as a result of using them.

Now I think we need a general-purpose TrainingWatch, or ConferenceWatch, to drive up the standards of training and events. Good providers have nothing to fear from such an initiative; they will benefit by not facing so much cutthroat competition from scammers and shammers. Vendors will benefit; their sponsorship money will be better used, and help them to reach more telcos without so much hard sell. There will be obvious benefits to the telco staff who go to these events because they want to be educated. And with fewer bad events, speakers might enjoy talking to bigger audiences at the remaining good events.

I am grateful to the unnamed professional for the anonymous tip-off I repeated above, and I encourage others to share their stories about duplicitous behavior from conference and training providers. When it comes to the risk I take in running these stories, it is a risk I am happy to take. My business has no great resources, and has been threatened with legal action several times. But nobody has ever followed through, probably because they had no serious prospect of benefiting from fighting me in court. So please join me, and let us work together to clean up professional education and ensure it is truly fit for professionals who handle sensitive data and must act with integrity. All we need to do is to repeat the same methods we use to tackle other common challenges, pooling our intelligence and cooperating for mutual gain.