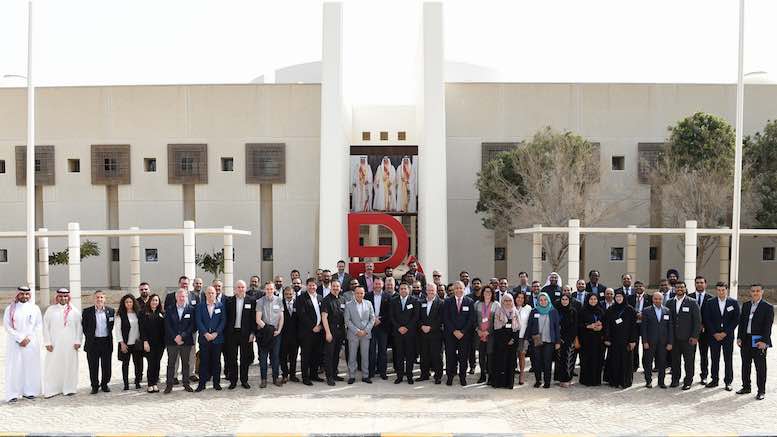 Hospitality is central to Middle Eastern culture. The traditions extend well beyond the politeness and generosity with which a guest is always welcomed into a Middle Eastern home, as they also embrace the wider goal of assisting the visitors’ travel and helping them to accomplish their mission. These humane values have persisted over many centuries in response to the demands imposed by an unforgiving environment. They align to the values of the Risk & Assurance Group (RAG), which is also motivated by a desire to ease the journey of determined professionals who traverse a harsh and sparsely-populated terrain. And so Batelco exemplified hospitality whilst hosting RAG Bahrain last week, the first RAG conference to be held in the Middle East. They warmly welcomed delegates from telcos operating in Saudi Arabia, Kuwait, the United Arab Emirates, Jordan, Egypt, Iraq, Turkey, Afghanistan, Sudan and other countries, all of whom proved eager to help one another to achieve their common objectives.

Eman Gawish of Telecom Egypt and Ashwin Menon of Subex

As usual, I find it impossible to do justice to all the excellent speakers who contributed to the conference. There were not only too many good presentations to review them all, but many valuable insights were shared spontaneously during the conversations between panelists. RAG’s anonymous online audience interaction system means we will never know who posed some of the excellent questions, though it reaffirmed that the best learning experience occurs when a genuine expert is asked by a knowledgeable audience to explain their opinions or to provide more detailed information. I will restrict myself to just a few highlights, beginning with the observation that the audience expressed a great deal of admiration for the work being done by Batelco, as described by their Head of Business Assurance, Mustafa Ali, during his opening keynote. 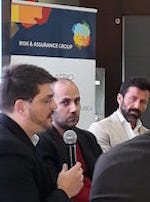 The retail fraud panel generated most work for the online interaction system, with the audience using it to put 25 different questions to Alain Kazan of Zain Iraq, Lisa Meeks of Etisalat, Michael Houis of FraudBuster and Jacob Howell of TEOCO. That total was only slightly more than the number received for the closing Wise Heads panel, where the remaining time was filled with a series of quickfire questions for Lisa Meeks and for the author of the RAG Risk Catalog, Geoff Ibbett. This level of engagement illustrated that the audience remained energized right through to the end of the second day of the conference.

It would take another two days to convey all the information that was presented during the conference, but some major trends were evident. Most risk and assurance professionals were seeking to move beyond the previous scope of their work, and the emphasis was on finding and dealing with fresh challenges. The majority sought to safeguard revenues generated from newer services and technologies, including the Internet of Things and the monetization of customer data.

There was a great appetite for learning in the room, which was manifested in multiple ways. Firstly, attendees asked when RAG would return to the region, and some telcos offered to host a future event. Secondly, RAG was asked about providing video streams of conferences held elsewhere. This is an area that RAG is actively working on, with the intention to provide live streaming of several sessions from the conferences to be held in Bonn and Toronto. RAG’s online education program, RAG Learning, also generated plenty of interest. However, training and certification is an area where the professional community continues to let itself down.

RAG is often asked to provide certified training, and then asked which telcos will recognize the certificates. The same questions were asked by Middle Eastern telcos. However, RAG cannot simply dictate the answers to these questions, because the answers depend on what telcos do in practice, as opposed to what telcos say they want. If a manager instructs his or her team to take a course, then the number of people who have completed that course globally will increase by the number in that manager’s team. If a manager rewards people who are certified, by either promoting them within the telco, or by preferring to recruit candidates who have the relevant certificates on their CV, then the value of the certificate is proven to the person who holds it. But if telcos ignore opportunities to train staff, or have no interest in rewarding staff who obtain qualifications, there is nothing RAG can do which will increase the value of education beyond its intrinsic worth. Portions of the worldwide community have sometimes indulged liars who pretended their certificates had value, but a certificate has no more value than a foreign banknote that a shopkeeper might refuse to accept. RAG Learning can print the notes with the help of major telcos who are donating intellectual property to create the training syllabus. However, the ultimate shopkeepers are the telcos themselves, and only they decide what reward they will give to individuals who demonstrate their competence by completing a training course and passing an exam.

Anas Naser of Umniah (right) and Carlos Marques of WeDo

RAG Bahrain represents an end of a cycle, and the start of several new ones. It was the final conference covered by contracts with RAG’s current major financial backers: WeDo, TEOCO, SIGOS, Neural Technologies, Symbox and Subex. It is now up to these firms, and to other vendors and consultancies, to decide how much they which to invest in the next series of RAG conferences. The viability of running free conferences hosted by telcos has not just been proven, but also successfully exported around the world. That cycle will be renewed whilst RAG begins to innovate in other ways. RAG must now find ways to deliver the same high quality of content to audiences who participate online, in addition to those who travel to RAG conferences in person. This is vital for achieving the scale necessary to complete our mission. The attendees at RAG Bahrain expressed the same desire for education and professionalization that RAG heard from audiences in Europe, Africa and North America. These ambitions cannot be achieved by bodies which only support practitioners in a single country or continent. We do not expect the manufacturers of handsets or network equipment to only supply telcos in one region, and it makes even less sense to attempt to satisfy the needs of the telecoms risk and assurance niche by creating content which can only be accessed by practitioners in a small part of the globe. Internet technologies have remade the telecoms industry, and we must harness their potential to deliver the best results for risk and assurance professionals everywhere. 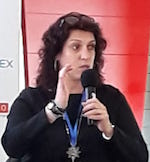 RAG Bahrain showed there is a tremendous wellspring of energy and ideas bursting from professionals working in and around the Middle East. Thanks to Batelco, RAG has made new friends in the Middle East. Their input will further drive and steer our collective onward journey. It seems inevitable that RAG will return to hold more conferences in the region. In the meantime, we must strive to realize the potential of Middle Eastern professionals by ensuring they have the communications tools to collaborate with peers in every other corner of the world. RAG’s first Middle Eastern conference has confirmed how far we have come, whilst pointing the way ahead.