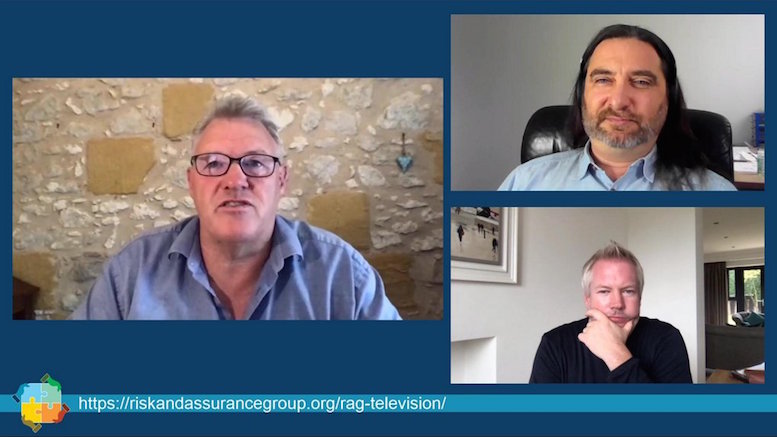 We work in the communications industry, but not everybody is a great communicator. Season 2 of RAG Television bowed out yesterday with a final episode featuring two professionals who have an outstanding ability to explain the operating risks faced by telcos and what should be done about them.

Kathy Romano gained a reputation as a revenue assurance pioneer during her time at Verizon, and she is continuing to blaze a trail by applying the same concepts at Discovery, one of the world’s best-known media businesses. It was fascinating to hear Kathy describing the maturing objectives of revenue assurance, with as much emphasis being placed on customer satisfaction as on financial returns. Kathy also explained how she was reapplying what she learned from telecoms to a business that supplies content on a pay-per-view basis.

Bryan Rowe (pictured, left) is an enterpreneur with a good technical understanding of fraud. His business, Six Degrees, is working with a variety of clients to stem the rising tide of refiling fraud. Bryan spoke in refreshingly straightforward terms about the factors that encourage fraud and the various alternative methods to detect and prevent refiling. There would be less fraud if everyone could unpack the issues as well as Bryan!

Co-host Lee Scargall and I also chatted about the reasons to believe privacy breaches caused by human error are underreported compared to those caused by hacking and denial of service attacks. Lee is another first-rate communicator and I will miss our weekly conversations about topical issues in telecoms risk management. The good news is that RAG Television will return later in the year. But first we must deliver RAG Americas Online, the virtual conference scheduled for September 15th and 16th. It will be like a whole season of RAG Television, but crammed into two days instead of being spread across 10 weeks!

Thanks to everyone who has tuned in to the second season of RAG TV. It was a pleasure to read out your questions, and the RAG crew was thrilled to see how many were watching worldwide. You have proven it is possible to bring professionals together without expecting anyone to travel a long way from home. We hope you will save time in your diary for the 40+ expert speakers who will contribute to RAG Americas Online. In the meantime, the recording of yesterday’s episode of RAG TV can be watched below.