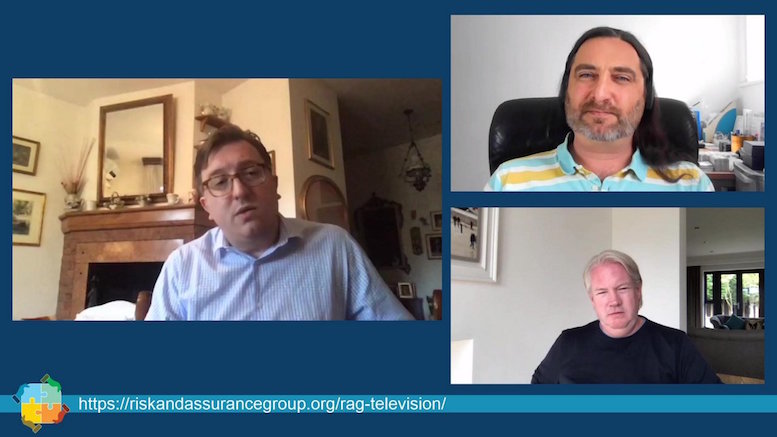 The second season of RAG Television has been a wild ride, with average viewing figures that are well over double those we enjoyed during the first season, a barrage of different topics to discuss each week, more audience questions than we ever have time to read out, and my unfortunate co-host Lee Scargall still unable to get a haircut. There will only be two more episodes this season, and then the team will refocus on preparations for RAG Americas Online, a virtual conference that will use the same technology as RAG TV but which will deliver 16 hours of content and 40+ speakers in just two days! That is a lot of content, but the weekly shows give us great practice at packing as much as possible into the time available. During yesterday’s episode of RAG Television we talked about:

Is there another live streaming internet show that will attempt to discuss so much in just one hour (and then always overruns by 10 minutes because the task is impossible)?

Dario Betti, CEO of the Mobile Ecosystem Forum (pictured left) was the first interviewee, and he spoke about his association’s A2P SMS Code of Conduct, and how it brings together telcos, aggregators, system providers and enterprises in order to tackle the nuisance of SMS spam, fraud and other abuses. The A2P mobile messaging fraud framework of the Mobile Ecosystem Forum should definitely be known by every risk manager working for mobile service providers; you will find it here.

After learning so much about messaging fraud, we then learned about the process of learning, with Tony Sani, co-founder of Orillion Solutions, talking about the psychology of retaining information. He showed us an exciting new video game that teaches players about risk management in telcos by asking them to make decisions like a CEO, then observe the consequences. They can build network infrastructure, open new stores, hire and fire staff, and deal with crises as they occur. It looks like a great way to teach key risk principles to front-line staff, but the consensus amongst the RAG TV crew is that senior risk managers will fight to be top of the global leaderboard! A playable demo of the game can be found here and prepartions have already begun for an online competition aimed at people like you.

If you missed the live stream of yesterday’s show then you can watch the replay below.