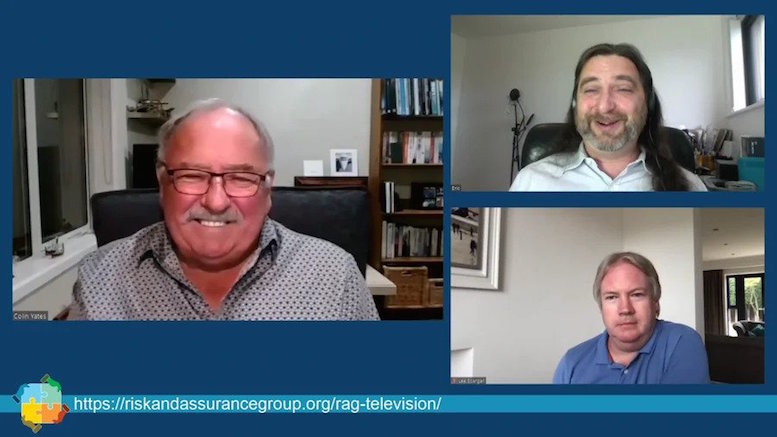 Living in a remote location can help you avoid diseases, but means you must travel further to participate in face-to-face meetings. So having international fraud guru Colin Yates as a guest on RAG Television demonstrates the benefits of using the internet to get the best advice from the best experts. Colin is one of the world’s leading authorities on international revenue share fraud (IRSF) but he lives and works on New Zealand’s beautiful Coromandel Peninsula, which is a long way from most of us… but why should we expect him to repeatedly travel to us? We only hurt ourselves by relying on Colin to journey to Europe or North America to share his wisdom. Colin does go the extra mile to help telcos and police around the world, but I would rather he shared his insights more often. Many others agree with me, judging by the number of questions submitted by the audience for yesterday’s episode of RAG TV.

Colin came on RAG TV to speak about the changing patterns of traffic for IRSF. He also shared his views on the dangers of overestimating the extent of fraud losses and the reasons why law enforcement bodies are so reluctant to prosecute fraudsters. Despite the problems with taking fraudsters to court, Colin does a lot to help Europol with their investigations, and he told us why he does it for free. It was also interesting to learn about various businesses who take steps to defend themselves from telecoms fraud because they cannot rely upon their communications service providers to protect them.

Many other topics were weaved into the conversation with Colin and my co-host, Lee Scargall. These included the FCC’s threat to prohibit four Chinese telcos from operating in the USA on national security grounds, the aggressive sales tactics adopted by some RAFM vendors, whether RA tools are sometimes used for state surveillance, and the reasons why revenue assurance seems to be less innovative than fraud management. Though the conversation could have gone on for much longer, this was sadly the last show of the current season. However, the overwhelming response means RAG Television will definitely return with a new season in June. In the meantime, over 30 speakers have agreed to give online presentations and participate in panel discussions for RAG’s virtual conference, RAG London Online, to be held on May 13th and 14th. And you can watch the recording of yesterday’s show below.