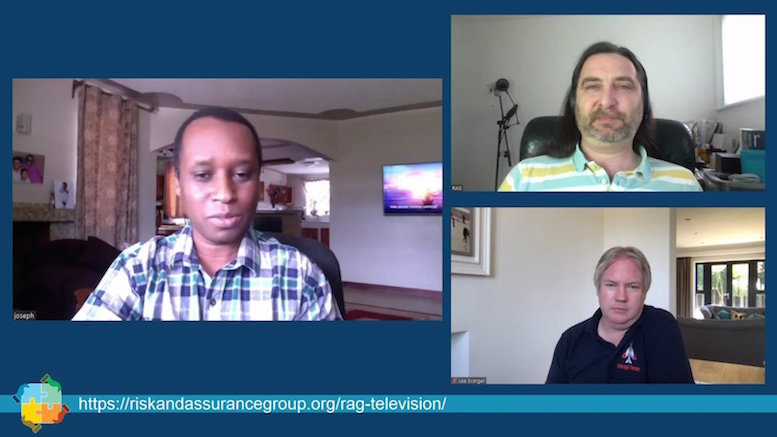 When Joseph Nderitu, the former Head of RAFM at Vodacom Tanzania, decided to publish his prison journal (see parts one and two) it was inevitable that he would have to endure some skepticism, if not from people challenging him to his face, then from people voicing their doubts behind his back. Joseph is an innocent man but he was held in prison, and denied bail, on the orders of the Tanzania Communications Regulatory Authority (TCRA) and Tanzania’s Director of Public Prosecutions. Detaining and punishing an innocent man, against whom you have no evidence whatsoever, is sufficient to conclude that both of these bodies are fundamentally corrupt.

Joseph insists he never broke the law, and I believe him, not least because I know his character. However, it is natural that many will assume there must be some evidence of wrongdoing when a telecoms regulator claims that a telco employee has engaged in fraud. The typical fraud manager has even more reason to be skeptical. They have the training and experience to appreciate why they should never rely on assumptions of innocence, but they should also be wary of making assumptions in the contrary direction, especially where the reputation of a fellow professional is at stake. The Tanzanian regulator mistreats telcos with a regularity that is hard to explain, unless we assume their prime motive is making money. How else should we explain why every case they fight always involves imprisoning individual employees, and is never limited to the corporate entity, which cannot be put behind bars? It is the companies that are expected to pay the fines, and when the Tanzanian government has received their money they will release the employees and allow them to return to their old jobs. That the Tanzanian regulator has made a habit of claiming to have discovered serious crimes, and pretends to know which individuals are to blame, but never finds itself needing to present evidence in court, is a good reason to keep an open mind before we rush to judge a peer. But I would agree that it is right to ask questions whilst listening to the defense offered by the accused. That is why I believe it was in Joseph’s interest to come on RAG Television to speak plainly about the facts of his case, and to answer my questions about what happened.

If you had questions for Joseph, then you could have asked them too; I read out as many questions from viewers as the time permitted, but most of the messages received during the show were expressions of support for Joseph. Despite this, I believe I asked tougher questions than many fellow professionals would choose to pose in public. And because of the way Joseph responded, with answers that were clear, relaxed and brimming with detail, I believe this interview should exonerate Joseph in the court of public opinion. The result is that nobody should allow themselves to be swayed by the corruption of Tanzania’s regulator when deciding whether Joseph is fit to manage fraud and other risks on behalf of a communications provider. Watch the interview, and see for yourself.

Nobody would relish the task of following Joseph recounting his miscarriage of justice. Ray Green, however, is as dependable a telecoms risk professional as you are ever likely to meet. It is not hard to understand why he has so many stories to tell and insights to share; he has worked as an investigator in various countries, he started managing fraud and police liaison for Vodafone at a time when few people had heard of mobile phones, and he continues to be a respected contributor to the fight against crime whilst serving as a Director of Focus Data. Having Ray on the show served as a useful counterpoint. Ray explained why we need to be determined and thorough when chasing down criminals whilst always seeking to draw robust conclusions from real data. The truth can sometimes be found by looking at the same data a different way, and Ray gave us the examples to prove it. He also expressed some dissatisfaction with the limited extent to which telcos exchange intelligence, though I would not be surprised if he was working on ways to change that, and perhaps he will talk more about that during a future show.

Co-host Lee Scargall and I also found time to discuss the FCC taking action against US telcos that have abused the Lifeline program to subsidize subscribers on low incomes, the difficulty of continuing to manage risk whilst staff work from home, and international measures of perceived corruption. That is a lot of content to cover in one show, but delivering it online means we saved you the time that would otherwise need to be spent on traveling to a conference! Watch episode 3 of the first season of RAG Television below and check the schedule for future episodes here.