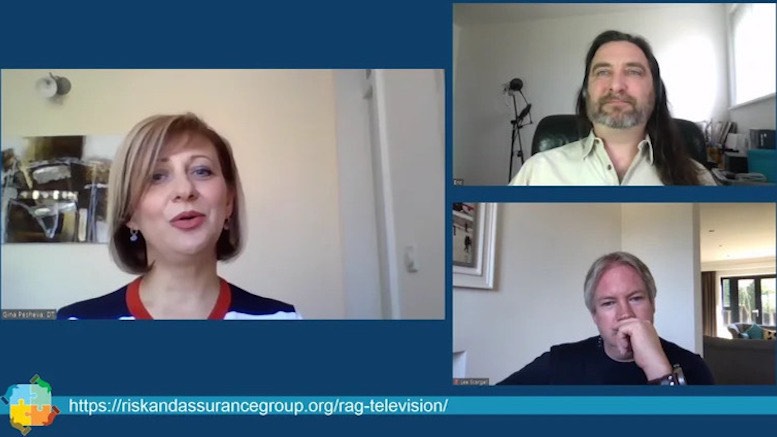 The audience response to yesterday’s episode of RAG Television was amazing, with far more questions and observations than we had time to handle during the show. But it was little surprise the audience were stimulated when the show featured two of our profession’s most prominent leaders:

Gina told us about the reasons her team made an entertaining animated video to explain the transition from revenue assurance to business assurance and what that journey means in practice. She also talked about the possibility of turning her academic studies into a book about business assurance, so long as she could call on colleagues to provide input.

Tony spoke about the RAG Wangiri Blockchain and the reasons why Orillion Solutions is willing to let telcos use the blockchain technology they have developed without levying a charge, so long as they upload their wangiri fraud to the common ledger. And like Gina, Tony also fielded questions from the live audience, including one viewer’s request for a comparison between wangiri and international revenue share fraud (IRSF).

My co-host, Lee Scargall, and I enjoyed a couple of good-natured arguments at the top of the show. First we discussed the recent attacks on 5G masts in the UK. Then we debated the FCC’s threat to start blocking all traffic from any US telco that connects deceitful robocalls about coronavirus through their international gateways. If you did not catch the live stream then you will have to watch the recording to see which one of us you agree with. You can see the full episode below.