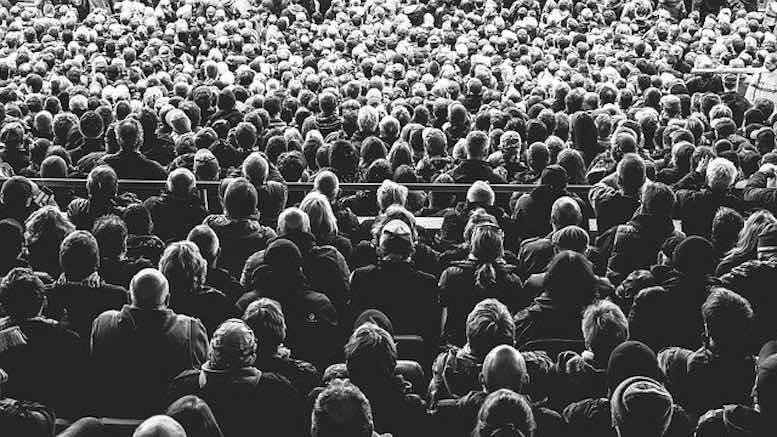 Sometimes you work hard, only to despair at the results. Other times you work equally hard and are impressed by the response. A week ago I glanced at my phone, only to be staggered by what it was telling me about a collaborative endeavor in which I participate.

Beginning in mid-2019, a small team within the Risk & Assurance Group (RAG) has developed the capability to stream live video interviews with remote guests. Led by Matthew Carter, RAG’s Head of IT, the team delivers RAG Television, an experiment in using consumer technology to overcome barriers that prevent many capable professionals from sharing their best work with others. Matt and I wanted to ensure that anyone could easily and effectively speak to a global audience, telling them what they know, and answering any questions put to them. The pilot episode of RAG Television, produced in September 2019, showed what was possible on a microscopic budget. None of us could have anticipated that a pandemic would soon lead many others to hurriedly investigate similar technologies. But the difference between RAG’s approach, and the ‘new normal’ reluctantly adopted by others, was evident in that pilot.

Eliminating every obstacle is crucial to attracting the largest possible online audience. This mirrors RAG’s philosophy of removing and reducing every obstacle that would otherwise prevent telco employees from attending RAG conferences in person. Achieving scale is crucial to overcoming the ‘divide and conquer’ approach taken by practitioners who claim to offer knowledge, but who want to exploit clients by keeping them as poorly informed as possible, so telcos never learn about alternative products, services and techniques. I was confident that RAG would succeed. However, I was stunned when I pulled out my mobile phone to check a quote from a guest of the show, only to be distracted by the stats presented by our live streaming technology platform.

You read it correctly; the full screengrab is here. RAG’s streaming channel has been viewed over 10,000 times since we started our experiments in late 2019. I knew that we were doing well when we attracted hundreds of viewers for each episode of RAG TV. Then we surpassed all expectations by drawing 2,000 viewers to RAG’s first virtual conference, which was also delivered via the same Twitch channel. But now I am astounded by how rapidly we have passed this latest milestone of 10,000 total views for RAG’s streaming videos. You would not have believed me if I predicted during 2019 that RAG’s video interviews and presentations would receive 10,000 views by now. I would not have believed it myself.

The conclusion I draw is simple: we must never go back to the old way of doing things. Our profession has too often been hijacked by false friends. There are people who say they want to give you something but insist on dragging you away from others because they seek to isolate you. That is how they get power. They want to limit the flow of information, and exploit their control to gain a financial advantage. We want RAG Television to be open to everyone.

Some will refuse to appear on RAG TV because they do not want to share a platform with people who offer alternatives. Vendors will appear on RAG TV, but so will their competitors. Representatives of other associations are welcome to speak to RAG’s viewers; invitations have been issued, and we will see who accepts them. Even GRAPA was invited to participate… but they will always refuse because they are an ignorant cult that cannot admit their prophet is just an ordinary man with serious flaws.

The scale of this audience for RAG TV can be used to solve so many problems caused by the desultory exchange of information. We will no longer need dozens of people trying to get attention by retweeting fake news and bogus statistics if thousands of professionals have access to dependendable sources that provide reliable facts. And when the facts are in dispute, we should hear all sides of the argument, not just a single version of the truth. Real experts do not hide from other experts. Real experts learn by talking to other experts, and welcome others to the conversation.

Nobody should blame vendors for trying to make money by expecting people to register in advance of a webinar. Obviously their goal is to make sales, and there is nothing wrong with that. But even ruthless salesmen will accept the balance that comes from being sat alongside their rivals, if it means they can speak to an audience that is hundreds of times larger than they would otherwise reach. That is good for you because it encourages salesmen to be more disciplined when making promises. Reputable suppliers are not afraid of being compared to their rivals. And you will be able to decide whose promises you believe before you give them your name, email address and phone number.

I have spent the last 20 years arguing that transparency improves everything from billing accuracy to employee safety. Making progress has involved walking a long, slow and winding road. Nobody planned for a new disease that would suddenly accelerate change. An audience with the size amassed by RAG Television is the realization of a dream for me, not because you need my opinion, but because we all need somewhere where we can conveniently access every point of view.

The COVID-19 pandemic has been a terrible experience for many people, and I would gladly forego RAG’s success if it allowed us to bring back the people we have lost this year. Let us not squander this moment by planning to return to the old way of doing things. We now know this profession can bring together a truly massive community online. We are stronger together, and stronger than ever before. Let us hold on to that new-found strength.