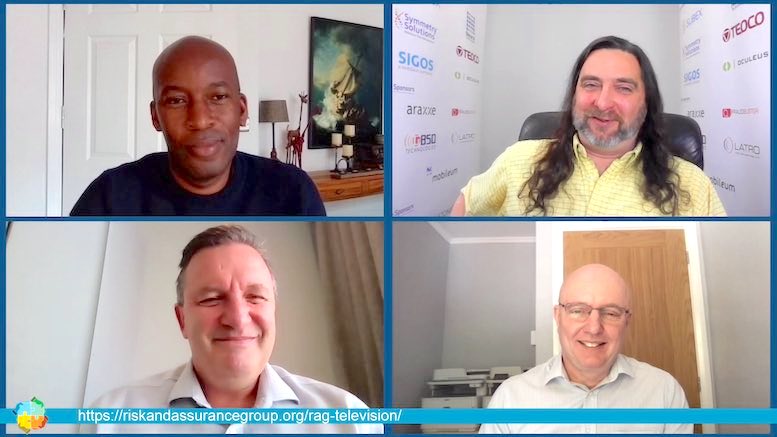 Wow, we have just finished our last episode of RAG TV Season 3 with an omnibus edition featuring a great panel of experienced industry experts, and good friends of RAG, Nixon Wampamba, Tony Sani and Geoff Ibbett. They looked back over the season and discussed some of the biggest and most interesting issues raised over the last 18 weeks. They also went over the results of this year’s leakage coverage study and finally Eric asked what RAG was doing wrong and what we need to be focussing on as we go forward. He asked them to be rude and combative, but sadly the guests were all thoughtful, considered and polite. If you missed the live broadcast then you can still enjoy the conversation by watching the RAG TV replay below.

As the Producer of all 18 episodes of this season, dating back to the beginning of January, I can say the experience has really been quite a ride. Season 3 was certainly our longest and most successful season yet. We would have loved to just keep this season of RAG TV going, but we really want to make sure we do a good job with our return to our first physical conference in a long while, RAG London 2021, on the 7th and 8th of July.

Over the course of this season, RAG TV has attracted an average audience of over 600 viewers per show, giving a cumulative total of well over 10,000. These viewing figures were relatively consistent throughout the season. We think that means people are coming back week after week, reliably watching every show even as the topics keep changing.

We wouldn’t have got anywhere without our excellent guests. Over the season we have been privileged to talk to some amazing experts from all across the industry and the world! In addition to the guests for the final show, we owe a big thank you to everyone else who appeared in front of the camera during this season: Bill Leahy, Nev Phillips, Edward Finegold, Bartek Bukowski, Shahid Ishtiaq, Jacqueline Fick, Moly McMillan, Pedro Rabacal, Jeffrey Ross, Jayaprakash Devaraj, Kerry Evans, Brendan Cleary, Eric Burger, Emmy Léger, Joseph Nderitu, Dion Price, Michele Zarri, David Rogers and Lee Scargall.

Thank you also to all those who watched and shared their thoughts and questions during the live streams. We think the live audience really adds an important extra dimension to the show, and hope you agree. I’m already thinking about how we will repeat what has worked well whilst trying some new interactive features when we return with Season 4.

Matthew is the Head of IT at the Risk & Assurance Group (RAG). He previously held senior IT management roles at leading financial services and fintech businesses.