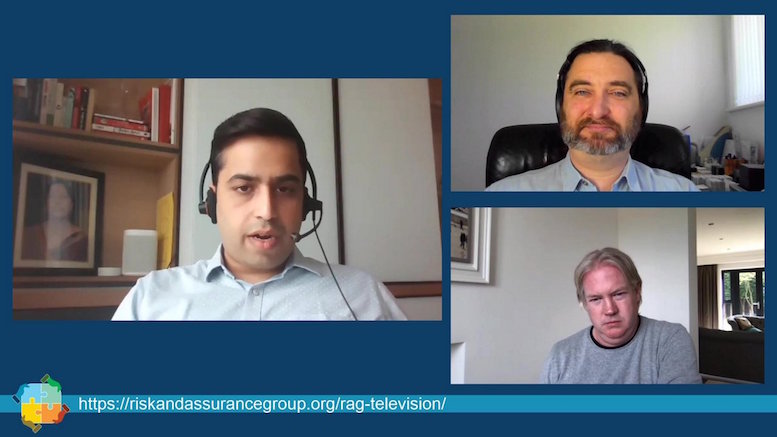 Nikhil Sehgal (pictured, left) was one of the most impressive speakers at the RAG Delhi conference held earlier this year, so it was inevitable that he would be invited to appear as a guest on RAG Television. When Nikhil spoke at RAG Delhi he was the Head of Business Assurance and Insights at Colt Technology Services, a multinational network operator. Nikhil still works for Colt, but he had switched jobs by the time we invited him on to the show, and Nikhil now reports to Colt’s CTO about engineering governance, a discipline that uses Nikhil’s financial and analytical acumen to ensure network engineering decisions are delivering optimal returns for the business. His RAG TV interview, which was broadcast live yesterday, was a fascinating opportunity to examine the ways risk management and analytical skills can be applied to the enormous capital costs incurred by telcos. We also discussed the challenge of linking decisions about expenditure to the profits generated as a result, and also to the outcomes for customers, in terms of the service they receive.

Steffen Öftring, Director of Revenue Assurance and Head of Consulting Services at SIGOS, also appeared on yesterday’s show. Steffen told us why SIGOS had chosen to sponsor RAG Learning, the online education platform of RAG which provides free web-based training to telecoms professionals worldwide. He also commented on the strategy to be pursued by his firm following its acquisition by Mobileum in a deal that sees them become the undisputed market leader for telecoms risk, assurance and testing.

Co-host Lee Scargall and I also found time for a quick chat about cryptocurrency scammers hacking Twitter, and the consequences of yet another EU-US data privacy regime being overturned by the EU’s highest court. With so much to discuss every week, perhaps we should not be surprised by the popularity of each episode, although the audience figures for RAG TV are much higher than we anticipated. The more you watch, the more we will make! And if you have not seen it already, you can replay yesterday’s episode below.