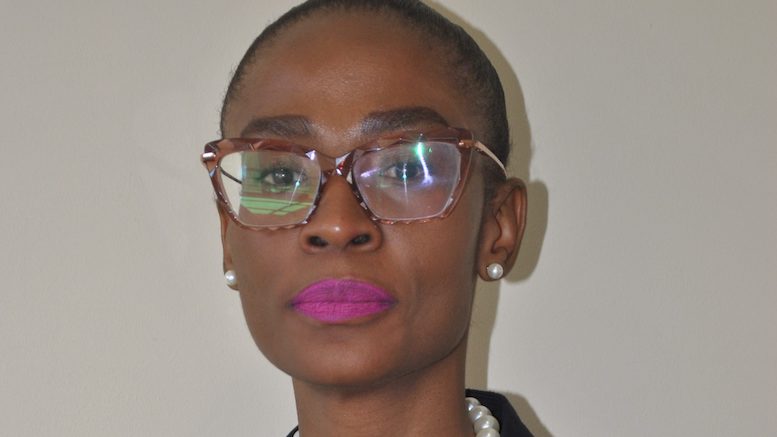 Mamarame Matela (pictured), the CEO of the Lesotho Communications Authority (LCA), is fighting to retain her job by lodging documents with Lesotho’s High Court that accuse Communications Minister Keketso Sello of demanding a LSL3mn (USD220,000) bribe in exchange for giving Global Voice Group (GVG) a lucrative contract to audit telco revenues reports the Lesotho Times. Matela also claims that Sello pressured her for sex and tried to get a company that he owned appointed as a subcontractor to the GVG deal.

Matela’s legal action is designed to forestall government attempts to suspend her from her duties as the head of Lesotho’s comms regulator, and was jointly lodged with former LCA Board Chairman Motanyane Makara, who was dismissed by Communications Minister Sello on May 31. Supporters of the Communications Minister contend that Matela behaved improperly by signing an expensive deal with GVG without waiting for parliament to approve the imposition of new telco levies needed to pay GVG’s fees, and that Makara was an obstacle to a proper investigation of corruption at the regulator. Makara was suspended as LCA Board Chairman in late May, but was sacked by Sello soon afterwards, apparently because Makara continued to orchestrate board meetings despite his suspension, whilst also refusing to answer phone calls from Sello. However, Makara contests that he was fired because he refused to follow Sello’s instruction to suspend Matela from her position as CEO of the regulator.

Public Eye published contents of the letter where Minister Sello communicated the suspension of Makara as LCA Board Chairman. This letter also stated that the Directorate on Corruption and Economic Offence (DECO), a government anti-corruption agency, would be investigating Makara’s role in the ‘dubious’ award of GVG’s contract:

“You are also or likely to be the person of interest in the ongoing investigation which the Ministry has asked the DCEO to probe in relation to the award of the tender of more than M500 million for the C-MART System which has been awarded to GVG under some dubious circumstances,” the minister wrote. “This is more reason why you cannot sit in the Board as a Chairman and a member particularly at the time the board is charged with dealing with the very same issue,” he added.

GVG’s national revenue assurance contract is worth LSL500mn (USD37mn) and is supposed to have a duration of seven years. An LCA official that chose to remain anonymous told The Post that members of the government opposed the deal because…

…the authority should not be spending that much on a project that would not significantly increase revenues.

Sello was only appointed Communications, Science and Technology Minister in February following a cabinet reshuffle by Prime Minister Moeketsi Majoro. Matela’s court documents argue that the GVG deal was approved by the previous Communications Minister, Thesele Maseribane, but he was unable to sign the relevant paperwork due to the timing of the cabinet reshuffle. Maseribane is now the Minister of Small Business, Cooperatives and Marketing, having swapped positions with Sello during the reshuffle. There may be a political aspect to this controversy because Maseribane is the leader of the Basotho National Party (BNP), who are junior partners in the governing coalition, whilst Sello and Prime Minister Majoro belong to the All Basotho Convention (ABC), the largest party in government and parliament. Matela and Makara were appointed to their roles in the LCA during Maseribane’s time as Communications Minister, and both are also members of his BNP party.

Matela’s court documents present her as an honest administrator with no political angle, whilst portraying Sello as a sex pest whose behavior has already been reported to both the police and Prime Minister Majoro:

…he compromised me in his office on 15 April 2021 and I rejected his sexual overtures. I sought intervention from the office of the prime minister and a stage had been reached that his conduct constituted sexual harassment as I stated in my letter of 12 May 2021 to the Prime Minister.

When no assistance was forthcoming, I exercised remedies at law to report to the police on 20 May 2021 and later opened a formal criminal docket (RCI/101/05/2021) of a sexual offence with the police on 24 May 2021. I have not overlooked the fact that his (Sello’s) behaviour towards me creates potential problems at my work and overwhelm my capacity to perform my mandated functions. I answer to him. Besides, I am married.

It is impossible for me to determine who is telling the truth amidst this sordid affair. However, I can observe some disturbingly common patterns whenever GVG wins a national revenue assurance contract. Time and again we see a governing tribe of politicians arguing that their only motive in appointing GVG is to fight corruption, whilst opposing politicians say the high cost of GVG’s services is evidence of government corruption. What we never see is reform that would ensure a genuine tender competition between GVG and other businesses in advance of the award a national revenue assurance contract. What I want to know, and what citizens of countries like Lesotho deserve to know, is who gave these regulators and governments the idea that they need a national RA audit, who told them what the benefits would be, and who told them what the audit and systems should do. Any advice they receive should be independent of the businesses who ultimately win the contracts, but you never hear of any of these governments or regulators making the slightest effort to appoint independent advisors with knowledge of revenue assurance.

GVG has such a consistent track record of winning these contracts with African governments because they are not trying to compete on price. Most GVG deals are won in the absence of any competition for the tender. However, this scandal in Lesotho will perhaps provide a tipping point that encourages more Africans to pay attention to the extent to which they have been exploited by the collusive way in which national telecoms RA contracts have been awarded. A recent article in Techzim highlighted how the cost of GVG’s deal with the Zimbabwean government has never been made public whilst also recounting several of the controversies surrounding deals struck between GVG and other African countries. Commsrisk had already reported that GVG was so effective at selling their system to Zimbabwe that the contract negotiations were concluded before the regulator had finished public consultations about what the system was supposed to do. Publishing insights like these on the web is vital to counteracting GVG smears about any business or professional that might dare to offer an alternative to their services.

The people running GVG say that only they can audit telco revenues because only they are independent of telcos. I say that monopolies are breeding grounds for corruption, and there is no good justification for any government to award multi-million dollar contracts for relatively straightforward technical audits without first identifying several credible alternative suppliers. GVG has made a lot of money by arguing they are independent. The only way to get a good deal for honest citizens is to embrace a range of alternative national RA vendors that are independent of GVG.