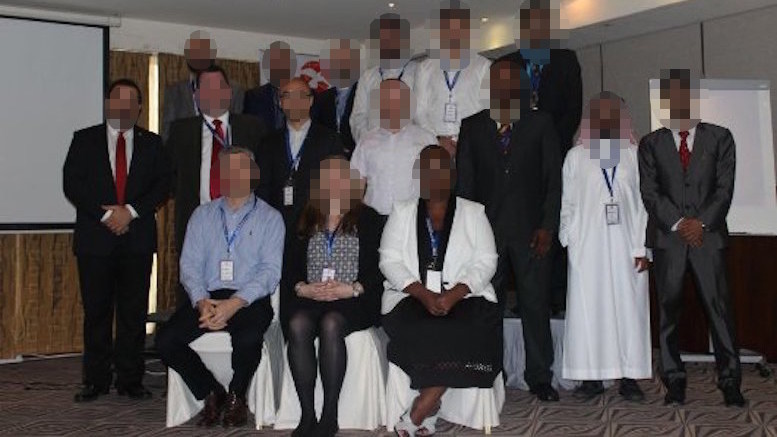 Not long ago I made time to check the dates of various upcoming events because people are always complaining of clashes with the conferences run by the Risk & Assurance Group (RAG). My goal was to see when there might be gaps in the calendar during 2019 and 2020, but there were three reasons why this proved to be a stupid and unproductive task.

But then I realized the exercise had shown RAG is making progress with one aspect of its mission that is less well appreciated: driving the worst conference organizers out of revenue assurance. That helps to explain why I could not find any dates for events from the following conference organizers.

Quintus, also known as Quintuss, were the RAFM conference organizers who were not sure how many times the letter ‘s’ appeared in their own name. They lied about speakers, advertised an event in Vienna that then disappeared without explanation, then returned to take advantage of Africans. Now their website just says “something really cool will be coming soon”, which sounds like code for “we failed miserably but paid for a 24-month registration of this web domain”.

Falcon Business Research are the firm that unwisely used social media to share a real photo of how few people attended their RAFM conferences (pictured above). They also employed a guy who tried to promote their business by describing rivals as “scams” and “frauds”, then lied about speakers, then abused me when I pointed out the lie, then fired the guy that abused me. Now Google says Falcon’s website is ‘not secure’ because the certificate expired at the end of last year, and no new events have been listed since July 2018.

Nobody knows what happened to the guy who got fired, though he left vowing to run really big conferences for the GSMA.

GRAPA had a long run, if not a good one, but eventually old age has caught up with a body that only existed to sell the services of one man: founder, owner, President, patriarch and chief charlatan ‘Papa’ Rob Mattison, so called because his was a family business. During GRAPA’s time they misrepresented how many members they had, spammed Wikipedia, and paid USD12 per hour to the unqualified staff they sent to lecture real professionals.

Now even Papa Rob is distancing himself from the cancerous faux-association he created, describing himself as GRAPA’s “Training & Certification Coordinator” even though he always previously referred to himself as its President. However, I need to be careful when celebrating the death of GRAPA. Although their website has not been updated since 2015 and they seemingly went under, Mattison was still promoting GRAPA training courses via inept YouTube videos as recently as last year. Thankfully, it seems hardly anyone watched those videos except for the one I mocked on Commsrisk because Papa Rob’s head disappears.

This bogus entity claimed to be ‘by the operators, for the operators’ when really it was by software developer cVidya, for software developer cVidya, and was using a silly old man in BT as cover. The World RA Forum is not a great example of a dodgy conference organizer because it never even held the only conference it advertised, but instead vanished as soon as I wrote about cVidya’s lies.

I always enjoy telling people about the rise and fall of the World RA Forum, and its bogus promise to foster collaboration between telcos, because cVidya’s Gadi Solotorevsky is a thought leader who has won awards for fostering collaboration between telcos. And if you cannot follow the logic of that non sequitur then you are as thoughtful as he is.

Woeful conference organizers and lousy leadership have blighted the development of revenue assurance. Some of these charlatans wanted money, some wanted attention, and some wanted both. None ever brought together more than a dozen telco managers at a time. Paradoxically, this allowed them to inflate their own reputations because so few went to their meetings, so nobody else learned how awful they were.

These days our discipline is doing much better, getting stronger as the parasites go bankrupt or enter retirement, and a new generation of professionals comes together in unprecedented numbers at events like RAG Bonn and RAG Toronto. If you scan the agenda of either conference you will see the number of speakers from telcos outnumbers the total size of the audiences found at events run by sham associations like GRAPA.

With so many high-calibre professionals contributing and working together at RAG conferences, why should they be scheduled to avoid conflicts with others? Clashing with inferior events is the best way to drive them out of business, and hence end the ignorance and division that others have sought to exploit.