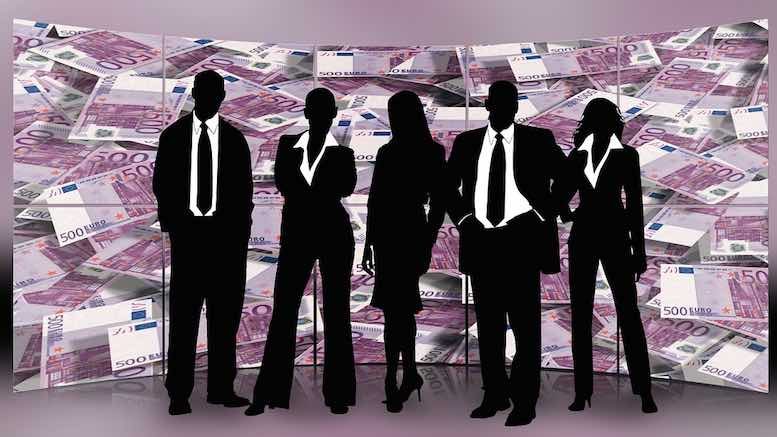 As a first-time contributor to Commsrisk, I should probably start with an introduction. Hello. I’m the Revenue Assurance Team Leader at Three UK, part of the Steering Committee for the Risk & Assurance Group (RAG), and a qualified management accountant. I mention the last bit because it’s relevant later on, not because it’s the most interesting fact about me. Honest.

I’ve been fortunate enough to present to a couple of RAG events, and some other non-RAG industry events, in the past year. After two of those, individuals from different telcos came to me and asked, since I was presenting on increasing visibility and stakeholder buy-in, whether I had any opinions on how to construct a new Revenue Assurance team to achieve exactly that.

I was flattered initially – I’m rarely asked for my opinion. I’ve been married for 5 years, so I’m usually just told what my opinion is.

But then I thought about it. Do I have any secrets to recruiting the perfect RA team? I’ve been fortunate to manage a very good RA team at Three – a great mix of backgrounds and skills that complement each other and myself very well. But was that by luck, or by design?

When you recruit to fill an accountancy vacancy, you could go to IKEA and buy one off the shelf. Mass produced, flat-packed – reasonable with numbers, able to explain things to non-accountants. You may have some parts left over – that’s the personality, which is optional for accountants.

Revenue Assurance is different. I’ve worked in RA across 4 different companies, attended multiple forums and conferences, and I’m yet to meet two people the same. One of the things that keeps me coming back to the RAG events is that I love talking RA with other RA professionals. They can have exactly the same data, but a unique background and a unique way of looking at things that can come up with a completely different approach or conclusion.

We’ve even had a recent audit at Three that – whisper it – I enjoyed. The auditors looked at the data we’d provided and that we’d based some new controls upon, and suggested that if we manipulated it slightly differently we’d make our control more effective. And they were right. Normally the only enjoyable part of an audit is proving the auditor wrong!

Back to recruitment. Given the lack of mass produced revenue assurance professionals, how picky can you be when creating your initial job specification? The honest answer is: not very. You can pick one or two areas – you might want someone technically strong to cover for a single point of failure in case your data magician is hit by a bus, or a background in interconnect because you’ve recognised that it’s an area that’s lacking RA controls, but that’s about it – the rest of the job spec could be virtually any junior- or middle-management role. Stakeholder management, influencing skills, X years of relevant experience desirable.

Incidentally, ‘Data Magician’ isn’t a job title at Three. But it should be.

Once you’ve identified those one or two skills you’re looking for, how do you find the correct candidate? You may not have anyone with RA or risk experience applying. So how can you persuade someone with the right background that they should apply for a role in a discipline that they may never have heard of?

While filling one vacancy, my colleague from the Recruitment team felt they needed to “sex up” (their words) my job spec. Which meant it was identical to what I’d created, but with adjectives such as EXCITING and LIVELY scattered throughout. Did it work? Maybe – I was pretty happy with who accepted the role. But would they still have applied if they hadn’t been told they’d be joining a VIBRANT team?

There are no stupid questions, just stupid people.

That’s not a reference to recruitment professionals – it’s a clumsy segue to my conclusion. The most important asset that a revenue assurance professional can have is their willingness and ability to ask the right questions. I’ve seen people with no RA experience become subject matter experts through doing so. Conversely, I’ve seen individuals with years of RA experience become unwilling to ask questions and greatly reducing their own effectiveness. Why? Pride? Complacency? Lack of motivation? Who knows.

A Revenue Assurance team that is happy to stand still is actually moving backwards. They lose stakeholder engagement, and coverage reduces through failure to address new revenue streams and growth areas.

So when recruiting for someone to look at interconnect controls, would I rather have someone that knows a lot but thinks they know everything, or someone that knows a little but is hungry to learn? The latter, definitely. Personality may be optional for an accountant, but it’s one of the most crucial attributes for an RA professional – the ability to convince an already over-worked subject matter expert that it will be beneficial for them and for the company to spend a chunk of time with the Revenue Assurance team.

I already know what their background is from their CV, and whether they could fill a specific knowledge gap in the team, but it’s up to them to convince me during their interview that they are that person. As Samuel L Jackson’s character in Pulp Fiction observed:

He probably wasn’t talking about revenue assurance at the time, but it’s still relevant.

Finally – once you’ve identified the area that needs most focus, sprinkled the job spec with flowery adjectives, and decided that a personality is mandatory, how do you get the perfect person to apply? Nothing revolutionary here, I’m afraid. Current and ex-colleagues. LinkedIn. Or leave it to your in-house recruitment team or external agencies. Just make sure they’re casting their nets wide enough, and that they know what they’re looking for – it can be very difficult for an HR professional to spot a good candidate for something as niche as RA.

But this is where the luck comes in – is the right person looking to move at the right time? If not, do you seek endlessly for Mr Right, or settle for Mr Right Now? That sounds like a dating cliché, but in revenue assurance the person that is immediately available and doesn’t remotely fit what you were looking for might open all kinds of opportunities with a totally new group of stakeholders that you hadn’t even considered. And that’s when things can get REALLY interesting.

I hope that this has offered, at least, a different perspective to you. I hope that the individuals that approached me at conferences have read this, because it’s a much better answer than when I was put on the spot. And I hope that nobody has realised quite how many of my own questions I’ve left unanswered in this article. There are some things that you’ll have to work out yourself!