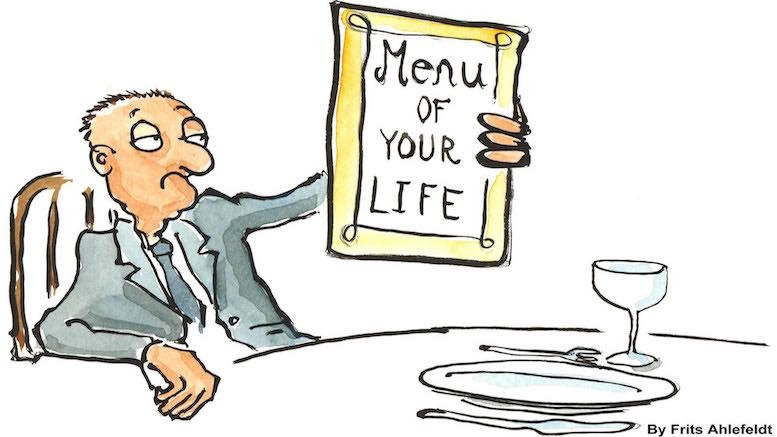 Five years ago I found myself eating alone at a restaurant in Hastings. I was there for business and the restaurant was highly recommended and very popular. As I was alone, being tucked away in an alcove suited me fine, all I needed was a pint and a newspaper. The food was sumptuous, however, the experience was marred by an astonishing lack of service.

In my many years of eating out, this is the first ‘bad restaurant review’ I have ever written, which I think says something about just how long I waited throughout the evening. Once I had finally finished my meal, it felt like Summer had turned to Winter and I again found myself waiting to order a coffee. When the manager eventually served me, he apologised profusely about the service and did not charge for the drink. I was happy with this, but by the time it had arrived I had studied the newspaper front to back and I was more than ready to leave.

Predictably, no one was at hand to give me the bill, so I decided to walk up to the serving area where I was told by several members of staff repeatedly that they would be ‘right with me’. By this point I had had enough of waiting and was extremely frustrated, so did something I have never done before, just strolled out! I kept looking back as I walked away, expecting to be chased, then expecting the police to come knocking at my hotel door, but no such thing materialised.

I am, I’d like to think, an honest bloke, so the next day I popped into the restaurant to pay my bill and register my disappointment at their service. It was quieter, and the manager immediately recognised me, saying he was glad to see me back and asking if I would like to book another table. I replied no, and he was puzzled as to what I needed – he had no idea that I had not paid! Worse than that, there was no record or system in place to confirm whether I had paid or not, and he had to ask what I ate in order to print a new bill for me.

I was baffled, and wondered how he could restock accurately, how to know whether he was profitable, and just how easy both payment and internal fraud would be to commit! Moving on several years, today I work in risk assurance and a specific area of my responsibilities is revenue assurance. It may be a stretch to compare running a restaurant with running a telecommunication or financial company, but the same issues are relevant: billing accuracy, revenue leakage, internal fraud, customer service and effective costing.

For businesses with customers, it is crucial that the customer receives what they order, and they pay for what they receive. Without a system the restaurant relied on the honesty, memory and diligence of its staff, with no cross reference of orders to invoice and clearly no maximisation of profits to services provided. I am no restaurant connoisseur, yet, I have offered up a bad review of this establishment even though the food was sublime. People are more ready to offer up comments and reviews on negative experiences and in my industry ‘churn’ is a much feared term, therefore, it is essential that CSPs and banks remain above reproach in their customer service by maintaining effective revenue assurance systems.

I would have got away with not paying, and not everyone will be as honest as me. Revenue assurance is a crucial cog in your business, and it is extremely costly to risk going without it. Use RA to maximise your profits and turnover, and reduce both bill shock and churn.

Paul is a Business Development Manager at Neural Technologies. In this role his objective is build revenue from existing and new customers in the EMEA region. Paul also builds strong relationships, becoming a trusted advisor to customers.   Before he joined Neural, Paul enjoyed successful careers in administration and engineering, which included stints working for big name businesses like IBM and Gulf Oil. Paul has travelled widely as a consequence of the varied projects and assignments he has undertaken over the years.