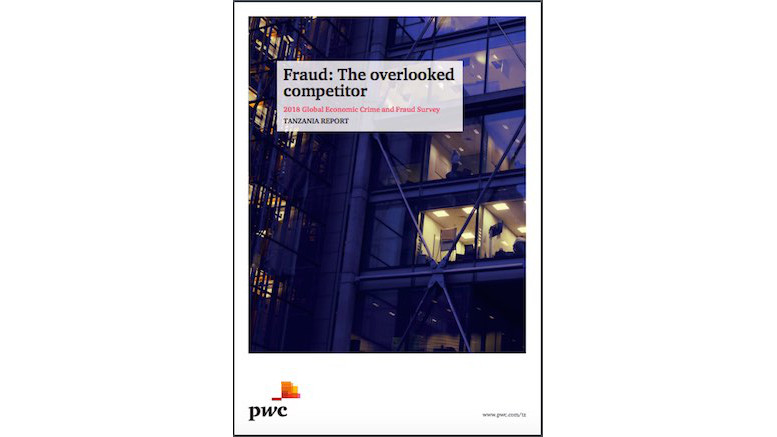 Last week PwC unveiled the results of their economic crimes and fraud survey for Tanzania. At the announcement of the results, one of the presenters noted that getting 61 respondents just met the threshold required in order for Tanzania to merit a country report. The threshold is 60 respondents. That is telling in deed. It is difficult to gauge the response rate (the report does not mention how many respondents were invited to participate) but it does sound like it was not so impressive. That is food for thought. Is this topic still too uncomfortable for some quarters? State-owned enterprises and non-governmental organisations accounted for 11% of the respondents. How many were invited and just did not bother to give their insights? When you think about the amount of money that passes through those hands…

A survey or report from a Big 4 firm is never complete without a statement like this one:

Dealing with cases of business misconduct requires the adoption of zero tolerance attitudes towards unethical behaviour and the cultivation of a culture of ethical business practices that transcends all levels of the organisation particularly spearheaded by executive management who set the tone at the top.

It would have been helpful to gauge just how well organisations are doing at setting this tone at the top i.e. how many respondents believe that their organisations demonstrate this? My little experience in these matters shows that quite a number of organisations are talking big but shying from confronting uncomfortable situations.

On cybercrime, this is a real issue in Tanzania and much of the world, as expected.

In Tanzania, cybercrime is the fourth most prevalent form of economic crime at an incident rate of 23%. The incidence rate within the financial services sector in Tanzania was even higher with 45% of the respondents within this category that had suffered economic crime citing it as one of the forms of crime they had suffered. This was second only to fraud committed by the consumer that had an incidence rate of 55%. However, 33% of the respondents feel that cybercrime has the potential to be the most disruptive crime within the financial services sector in the next two years, trouncing fraud committed by the consumer at 25%.

One certainly hopes the survey design was very clear. How, for, example, were respondents not confused when it came to classifying cybercrime that is initiated by a consumer? The report should also have contained some sort of breakdown along specific sectors of the Tanzanian economy e.g. agriculture, mining, manufacturing, retail etc. Perhaps this was difficult to dissect given the small matter of 61 respondents?

The internal threats are also discussed (generally) in this report but not much is given in terms of which factors are the major drivers of economic crimes in Tanzania.

Corporate-targeted frauds are often connected to corporate pressures including unreasonable targets, job insecurity, which can arise at any level of the organisation. Besides corporate pressures, employees may also face personal and social pressures including maintaining or improving their financial standing amongst peers, family financial difficulties, addictions and lack of a spending discipline.

I will leave the reader to decide what to think about the conclusion of this report.

Whereas fraud was [previously] seen as a costly nuisance, fighting fraud has progressed from an operational or legal matter to a central business issue. Fraud today is an enterprise that is tech-enabled, innovative, opportunistic and pervasive. It is indeed a formidable competitor you didn’t know you had.