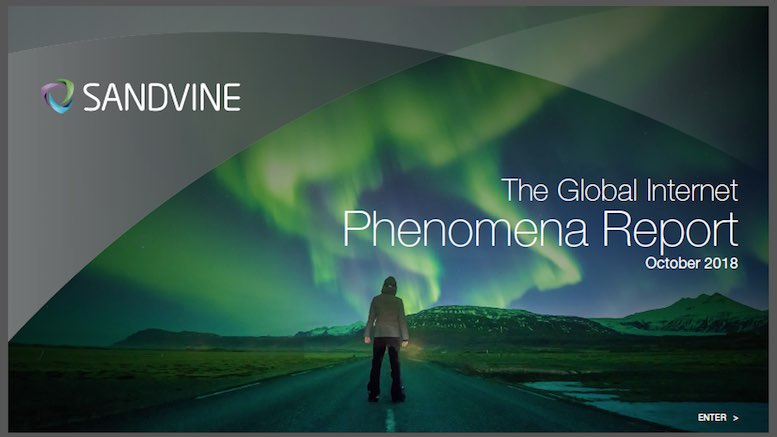 Network analytics business Sandvine always provides useful insights into what services are consuming the most network resources, or as they like to say, which services have the highest ‘traffic share’. Drawn upon data obtained from the networks of 150 tier 1 and tier 2 fixed and mobile operators, they may not have much perspective on traffic in China or India, but otherwise see what is happening across a significant proportion of the internet. The headline findings from their most recent Phenomena Report are that:

Understanding the trends in traffic will help networks to plan for them. They are also vital for businesses seeking to manage the risks related to providing their services over the internet. The Sandvine Phenomena Report is well worth reading from cover to cover. The full report can be downloaded for free by anyone registering their personal details here.