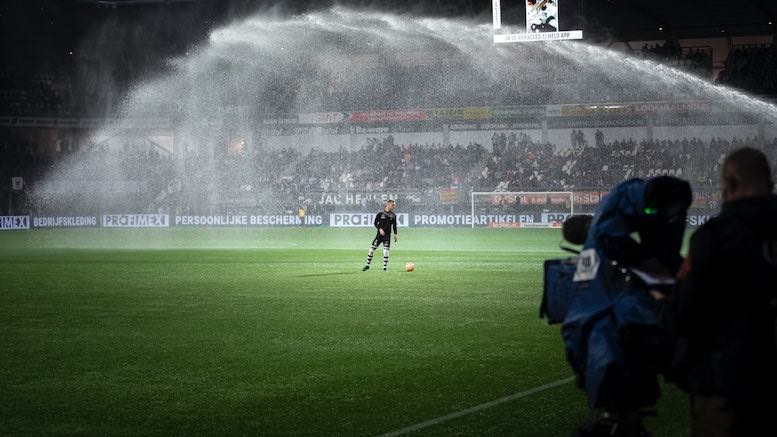 The government of Saudi Arabia has agreed to close pirate websites rebroadcasting content from Qatar’s beIN Sports channels, reports Al Jazeera. A long-running feud between Saudi Arabia and Qatar saw beIN banned from Saudi Arabia for four years, only for the demands of football-mad Saudis to be satisfied by a blatant pirate station called beoutQ. The Saudi government has decided that beIN will be licensed to broadcast in their country again, ending a rift that prompted threats of legal action by FIFA over the unauthorized transmission of World Cup games in Saudi Arabia. Other sporting competitions that were pirated for broadcast in Saudi Arabia include the European Champions League, the English Premier League, Formula 1 and the NFL.

Last year the World Trade Organization ruled that Saudi Arabia had breached its obligations to protect intellectual property rights. The ruling followed attempts by FIFA and other sporting associations to sue the Saudi Arabian government through the Saudi courts which were stymied because no Saudi lawyers were willing to take the case. International counsel for beIN Media Group described the Saudi piracy of their sports content as ‘the most widespread and damaging piracy operations that the world has ever seen’. Despite the change in Saudi policy, there remains an open court case where beIN seeks USD1bn in damages under international arbitration rules. The arbitration is scheduled to be held in London though the Saudi government may now seek to agree a settlement as soon as possible.

Diplomatic ties between Qatar and their Saudi neighbors were restored at the beginning of the year. Saudi Arabia and several other countries closed their borders and imposed trade embargoes on Qatar in 2017 to pressure the Qataris into changing their foreign policy, which is more supportive of Islamist organizations and more conciliatory towards Iran and Turkey than other Gulf Arab countries. Relations thawed towards the end of 2020 as a result of intense mediation efforts by the Kuwaiti government and the outgoing administration of US President Trump. This rapprochement made it possible to restore beIN as a legitimate broadcaster in Saudi Arabia whilst ending the systematic piracy of their content. However, the final pressure to respect intellectual property rights came from the English Premier League, which threatened to obstruct the purchase of English football club Newcastle United by a Saudi consortium led by Mohammed bin Salman, ruler of Saudi Arabia. The GBP305m (USD415mn) takeover of Newcastle United has now been approved by the English Premier League.