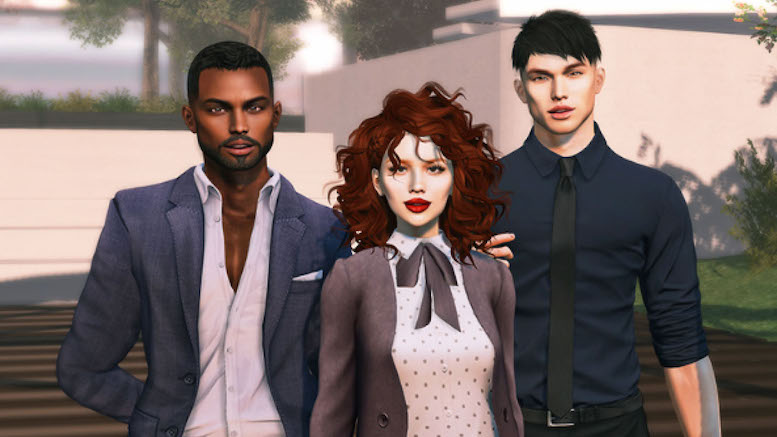 I was never that attracted to cyberworlds like Second Life. I have enough trouble with finding time to manage everything and then relax in my first life without taking on a second life too. But probably I was missing the point. If you think like IBM then the point is to get people to work together in a virtual office environment – read this. Forget teleconferences and videoconferences, they are virtualconferencing in SL. The thinking is obvious, to get people to relate to each other like in the real world, except via their virtual avatars. And whilst the envrionment is virtual, the work is very very real. I have blogged before on how telcos fly people around instead of consuming their own remote communications products. And as I get older, excuses to stay home and escape the commute appeal more and more. So forget this blog – I shall have to set up a virtual speakers’ corner to rant from in SL.

But as you may have noticed there is more than the real-world economy at play in SL and its ilk, because its fantasy economy is booming too. I am not just talking fantasy in the sense of the fantasy world of advertising and publicity (everyone from Toyota to Duran Duran is jumping on the virtual promotional bandwagon). So to build a speaker’s corner I will have to buy some virtual land – with my real money. Of course, a virtual economy like this should be a zero-sum game as far as real-world economics is concerned. Ignoring any currency movements between virtual currencies and real currencies, then the total worth of a virtual economy should be equal to the real-world value stored in it. Assuming the real world is rational. But it is not. Which is why governments of the world, easily drawn to any source of tax revenues (or at least to stopping ways of avoiding them), are asking themselves how to tax these virtual economies. And it is why one player in the Entropia “universe” paid $100,000 (in the real universe) for rights to a virtual “space station”.

Economist JM Keynes pointed out that people often invest in things not because they think they have any value, but because they think other people think they have value. Or because they think that other people will think that other people will think they have value. And so on. So if somebody else thinks a virtual space station is of value, who am I to argue? Keynes was thinking of the great Wall Street crash of the 1920’s but you wonder if people ever learn. Tech-savvy punters should probably be familiar with the idea that not everyone got rich out of the flood of money in the dotcom stock market mania, though I personally would go further. I think that the so-called market economies of virtual worlds have more similarities with Albanian pyramid schemes than anything else. The great thing about running a virtual world, and the bad thing about investing in one, is that the people running the world could just cash it all in whenever they like. Which means investors would have no way to get their money back. This is what it says in the SL terms of service:

You acknowledge that the Service presently includes a component of in-world fictional currency (“Currency” or “Linden Dollars” or “L$”), which constitutes a limited license right to use a feature of our product when, as, and if allowed by Linden Lab. Linden Lab may charge fees for the right to use Linden Dollars, or may distribute Linden Dollars without charge, in its sole discretion. Regardless of terminology used, Linden Dollars represent a limited license right governed solely under the terms of this Agreement, and are not redeemable for any sum of money or monetary value from Linden Lab at any time. You agree that Linden Lab has the absolute right to manage, regulate, control, modify and/or eliminate such Currency as it sees fit in its sole discretion, and that Linden Lab will have no liability to you based on its exercise of such right.

So they can just take your money away, or make it worthless, just like that. In the real world that might lead to a riot or a revolution. But where does it leave you in a virtual world? Pretty much stuffed, unless you plan to riot outside the Linden Lab offices in the real world. But the answer to this risk to a virtual investment should be obvious, and no different to any other kind of risk management. That means having insurance, disaster recovery, backup plans, that kind of thing. And with a virtual universe, nothing could be easier. So the really savvy tech entrepreneur needs to stop wasting time collecting dung in Entropia or performing virtual strip shows in Second Life. They need to create an effective way for users to authenticate their avatar’s actions to a third-party backup , so they can be reborn in another virtual universe if their second life disappears or they get ripped off. And all that they should ask in return is a reasonable real world premium. Probably a lot less than the premium on a real space station.