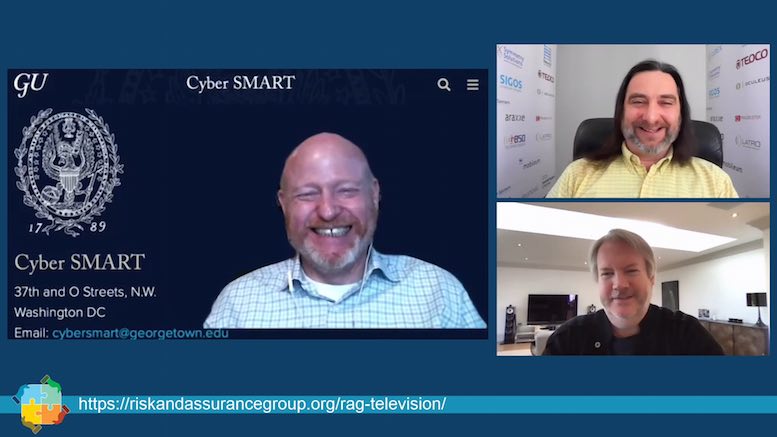 Eric Burger is a Professor at Georgetown University and a cybersecurity expert who can speak with authority about the ways US telcos have been tackling the rise in robocalls, caller ID spoofing, and all the frauds enabled by them. When he was the Chief Technology Officer of the Federal Communications Commission (FCC), the US comms regulator, Eric was central to the decision to adopt STIR/SHAKEN as the preferred method for tackling the spoofing of calls received by American consumers. Eric recently stepped down from his duties as an advisor to the FCC and the White House, affording him some freedom to reflect on the progress that has been achieved and the challenges that still lie ahead for this week’s RAG TV.

Other countries have also been considering whether they want to mandate the use of STIR/SHAKEN, but the US strategy has involved far more than just the implementation of new technology. There has also been more aggressive tracing of the sources of nuisance calls, increased fines, threats of disconnection for carriers that behave irresponsibly, and telcos have been encouraged to use analytics to determine which calls are unlawful so they can be blocked automatically. The US has also looked into whether it can improve other aspects of its strategy for fraud prevention, such as the methods used to mitigate wangiri and the potential to increase cooperation with other countries. Taken collectively, these initiatives represent a significant development in how the US responds to telecoms fraud, with more potential changes in the pipeline. Eric addressed a string of questions about these topics, many coming from the RAG TV audience. In particular, Eric spoke about:

Eric’s strategy offers a measuring stick that other countries should use when considering their own policies. Not every country experiences the same kinds of fraud, and any technological solution must be appropriate for the networks and other systems they will be built upon. Even if countries differ in their approach, they should be able to explain why they differ. To take just one example that relates to managing the wider risks within society, I do hope other countries will seek to give people who are suffering from depression or distress an easily-memorized phone number to call for help. There is much to learn from Eric’s experience; if you missed the live broadcast then watch the replay below.