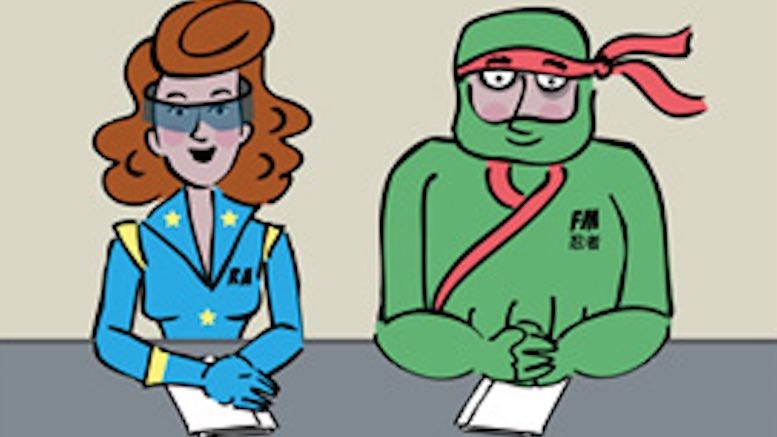 RAFM is not known for being funny, so when WeDo launched a comic strip in 2016 featuring the adventures of two bumbling telco heroes – the Fraud Ninja and Super RA Woman – it provided some much needed light relief. The individual strips were first published on a weekly basis on WeDo’s website. Then they were bundled together for a single edition printed comic that was handed out at business conferences. And that was the last we saw of our two heroes, or their many enemies, which included an evil penguin from the Marketing department and a ruthless robot from Internal Audit. But now there are hints of a potential revival, with Carlos Marques, WeDo’s Director of Product Marketing, posting this to LinkedIn:

So what do you think? If you want more adventures from these caped crusaders then you had better show Carlos your support!

In the meantime, you can enjoy some of the original comic strips by looking here.