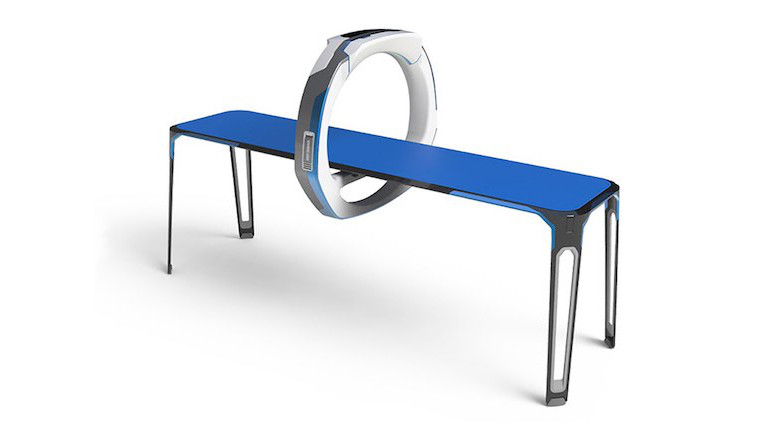 Leading South Korean mobile operator SK Telecom told Yonhap that its position is ‘unchanged’ after being challenged over its investment in Nanox, an Israeli medical device manufacturer accused of fraud by US stock market activists. Citron Research recently published a report saying there was no hard evidence supporting Nanox’s claims of having developed a cheap portable computerized tomography (CT) scanner that would replace the use of x-ray machines, reports Globes.

SK Telecom announced in June they had invested an additional USD20mn in Nanox, making them the second largest shareholder. This followed an initial USD3mn investment in 2019. The telco also said they had ordered 2,500 Nanox scanners, to be deployed in Vietnam and Korea, and that they are exploring the potential to build a South Korean manufacturing plant for chips used in the scanners.

Citron was scathing about the ARC scanner (pictured above), describing it as “little more than a futuristic movie prop”. They argued a major imaging breakthrough was unlikely from a small firm with a tiny research and development budget, and that the application for the device’s approval from the US Food and Drugs Administration (FDA) is in a category only used when a similar device has already been approved as safe to use. Whilst Nanox claim ARC will be 99 percent cheaper than rival scanners, Citron describes the firm as ‘Theranos 2.0’ after the health technology business that was valued at USD10bn but went bust when its claims to have manufactured a cheap small blood-testing machine were shown to be lies.

The share price for Nanox has swung up and down since its initial public offering on Nasdaq in August. Shares trebled in value within a few weeks, then crashed back down to the level when they went public. Nanox management have promised to silence the rumors through a live demonstration of ARC during a major radiology conference, per Motley Fool.

Medical devices and initial public offerings may not seem relevant to some telecoms risk managers, but shareholders need to be interested in all the risks their companies take. What I know about the science and market for medical imaging devices can be written on the back of a postage stamp, so I cannot tell you what to believe about Nanox, but that makes me wonder how much other investors understand what this mobile operator is trying to accomplish by making this investment.

You cannot manage risk if you do not understand what you are doing. There will always be pressure on telcos to reinvigorate their business models, and sometimes pundits are right to demand diversification as a way to compensate for decline in older revenue streams. But there are also people in this industry who argue telcos should spend on new technology without having any idea of whether it will work or whether it will sell. Hoping for the best in the absence of information and experience is just the same as gambling, and hence the opposite of risk management. And when telcos get involved in schemes that have nothing to do with their existing business they beg the question of why their management cannot find new ways to increase revenues or reduce waste in markets and operations they supposedly understand.