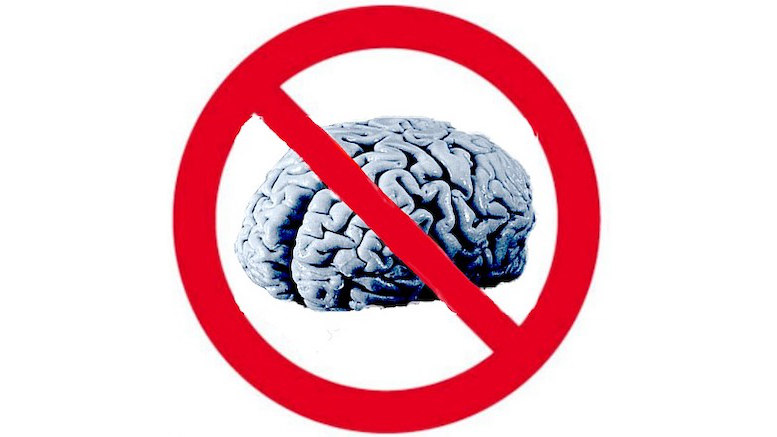 Has the human race always been obsessed with popularity? It seems that today you cannot watch the television, read a newspaper, or scan through social media without seeing endless examples of people being told what they want to hear… and nothing else. This leads to the ludicrous lie that everybody is equally intelligent, so if one person falls for a fraud then we are told that anybody might fall for it. I am not interested in shaming the victims of crime, but it is wrong to pretend that everybody needs limitless protection from the consequences of their terrible decisions. Consider this recent story in the Hindustan Times about a man who lost INR100,000 (USD1,367) to a fraudster. The victim…

…fell prey to the swindler after he inadvertently made a transaction of ₹9,500 [USD130] from his Citi Bank account on a mobile phone application PhonePe.

The sexagenarian then raised a request with his bank in this regard and was assured that the amount would be credited into his PhonePe wallet soon. However, when he didn’t receive the amount for some time, he looked for other helpline numbers of the bank online. When he called one of the many numbers thrown up by the Google search, the accused picked up posing as a bank employee.

The victim googled the wrong number, called the wrong number, and unluckily made contact with a thief who spotted an opportunity to make some fast money by asking for the information needed to log on to the victim’s account. Why would a genuine bank need your username and password to access an account they already manage for you? But this victim was so determined to recover the USD130 spent on a previous mistake that he gave a stranger access to an account containing 10 times as much money.

The scary truth is that I know there are many stupid people because of all the phone calls I receive from them. I own a company that has the word ‘revenue’ in its name, and for every 20 calls I receive from telephone scammers, I receive one call from a person genuinely struggling to pay their tax bills. I have never pretended to be the Inland Revenue, nor the Internal Revenue Service, nor Her Majesty’s Revenue and Customs, nor have I used any other name associated with official tax collectors, but somehow people make the leap from the word ‘revenue’ to asking me to reduce their taxes. Whilst I sympathize with anyone who would prefer lower taxes, if I had the power to cut taxes then I would be concentrating on my own tax bill first.

Even so-called fraud experts fall victim to fraud, which confirms there are stupid people in every line of work. Chinese publication Global Times reported about an anti-fraud lecturer who believed what he was told by phone scammers.

…corporate anti-fraud lecturer Xiaoyan (pseudonym) from Changzhou, East China’s Jiangsu Province, was swindled out of 180,000 yuan ($28,072) in a telecom scam.

Xiaoyan works at a local enterprise’s publicity department, and has participated in anti-fraud publicity work and even anti-fraud skit performances. Looking back on the process of being scammed, Xiaoyan said, “The incident is really quite ridiculous. How can such a typical fraud happen to me (as an anti-fraud lecturer)?”

The lecturer then answers his own question.

“I transferred all the money out, without noticing.”

If you are not paying attention to what is happening at the moment you decide to remove every penny from your bank account then no other advice is going to help you. As red flags go, it is difficult to think of a red flag that is reddier or flaggier than emptying your bank account of all its contents.

Part of the reason fraudsters are successful is that so much anti-fraud advice is far too complicated for the intended audience. Consider the UK’s Take Five to Stop Fraud campaign, which tells people to:

STOP: Taking a moment to stop and think before parting with your money or information could keep you safe.

CHALLENGE: Could it be fake? It’s ok to reject, refuse or ignore any requests. Only criminals will try to rush or panic you.

PROTECT: Contact your bank immediately if you think you’ve fallen for a scam and report it to Action Fraud.

Firstly, why is it called ‘Take Five’ when there are only three parts to it? Do they expect people to literally spend five minutes to stop and think about what they are doing? That might actually be a good plan for reducing phone scams because fraudsters are likely to hang up after several minutes of silence. Otherwise the slogan should be “Slow Down to Stop Fraud” because the objective of the campaign is to, ahem, encourage people to slow down as an effective way of reducing fraud. It would also be more memorable, because the word ‘slow’ has an association with ‘stop’, whilst the word ‘five’ does not.

Now notice how much of the ‘Take Five’ advice is pointless and redundant! Step two (do not be rushed) is essentially the same as step one (take a moment). And whilst I agree with half of step three (telling your bank if you have been scammed), the advice can only be useful if you ignored the other advice. As for reporting the crime to Action Fraud, that serves no purpose because even the police believes Action Fraud are unfit for purpose and a recent Freedom of Information request showed Action Fraud is too incompetent to even count the number of reports they receive, never mind do anything useful about them.

If I were tasked to devise a public information campaign, it would be built around my ‘Think Once’ program. This consists of a single infallible rule that I always follow and which reflects my cultural upbringing as a Yorkshireman:

Never give any money to anybody ever.

I guarantee that if you adhere to this rule then you will effectively minimize the number of occasions when you transfer the entire contents of your bank account without noticing. And whilst you might argue that some organizations, such as the government, expect to be paid even though they are incapable of producing a receipt that shows what you received in exchange, the Take Five campaign also says “it’s ok to reject, refuse or ignore any requests” (my emphasis added). Trust me when I observe that if the government gives themselves the legal right to take possession of your money then they will find a way to obtain it without relying on your help, as I often tell people when they mistakenly call me for assistance with their tax bills.

My opinion about stupidity is unpopular, but it is obvious that most of the people who dislike this opinion are stupid, so you may also want to stop and think before you publicly criticize it. The antidote to stupidity is not to coddle the stupid. As Benjamin Franklin observed: “experience keeps a dear school, but fools will learn in no other, and scarce in that”. Never a truer word has been said, except perhaps for the occasion when Franklin commented that “nothing can be said to be certain, except death and taxes”.

If you disagree with my views on fraud and stupidity then I can only ask that you help me to extend my own experience by providing some relevant data using the form below. Or maybe I will bow to the inevitable and start a popular tax consultancy instead.