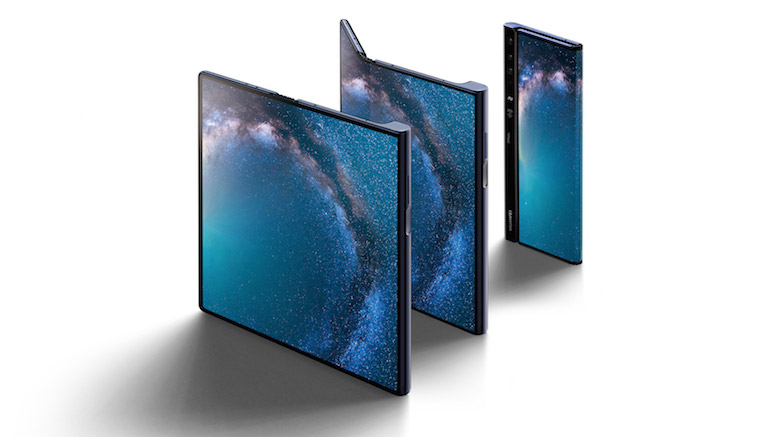 Illegally obtained smartphones have long been a staple for organized crime. The GSMA estimates that over 4 million pre-paid, ‘sold-not-active’ devices are trafficked in the USA alone each year, at a cost of USD900 million.  This enormous loss is partly attributable to the retail value of modern smartphones, with flagship devices from Samsung, Google, Apple and others costing around USD1,000.

The rising trend in price point for new handsets isn’t slowing with some of the latest offerings priced at over USD2,000. Huawei’s foldable Mate X (pictured above) costs an eye-watering USD2,600, though sales may not be improved by US embargoes on the Chinese manufacturer. All of these expensive devices are remarkably attractive to criminals at all levels, from casual opportunists to serious, organized crime.

The incentive of easy, untraceable money remains the obvious driver for thefts, which exploit opportunities across the whole device life-cycle. Risks exist within the supply chain and at point of sale (PoS). Handset robberies from stores are also on the rise.

In Australia, thefts of demonstration handsets have been increasing since early 2018. Gangs of teenagers have been descending on stores (particularly in shopping centers) and using force to rip out devices.  Though the incidents have not yet resulted in physical contact with store employees or the public, operators and store owners are mindful that increased physical security measures, such as hardening security clamps, may result in violence by the criminals.

This has led Optus, the second largest telecommunications company in Australia, to prioritize security at shopping centers. State level Police Commissioners and local police have been made aware of the risks.  Although external agencies have been slow to apprehend criminals, the combined efforts have seemingly curbed the rise in crime.

Better industry collaboration has been delivered as competitors share intelligence. Telcos have also responded by improving physical security, increased blocking of the IMEIs of stolen devices, pursuing harsher punishments for criminals, temporary removal of premium devices from shop displays, and better training of staff. But none of these can eliminate the crime.

Device manufacturers have embedded ‘kill switch’ functionality which gives consumers the ability to deactivate stolen and lost devices remotely, removing some of the incentives for thieves and opportunists.  Whilst not a legal requirement in most places, there has been noticeable decrease in smartphone related thefts where legislated, even though it wasn’t that long ago that telecoms operators were arguing against the implementation of the kill switch, suggesting it could hurt profits by lowering the perceived need for handset insurance.

Monitoring and analysis of online marketplaces for device sales can also be an effective way of helping to identify suspicious sellers of devices. Technology can be used to raise the alarm at the point of sale when suspected fraudsters try to open an account.

Operator restrictions can also play a valuable role in disincentivizing crime.  In March 2019, Commsrisk reported that US telco Verizon had asked its regulator, the FCC, to change a rule which would allow them to lock newly sold 4G handsets to its own network for the first 60 days after the sale, helping provide confidence that the purchase is genuine.

Whatever the measures, criminals continue to be highly motivated to steal expensive and easily transported luxury goods like smartphones. As handset prices go up, so will the crime.