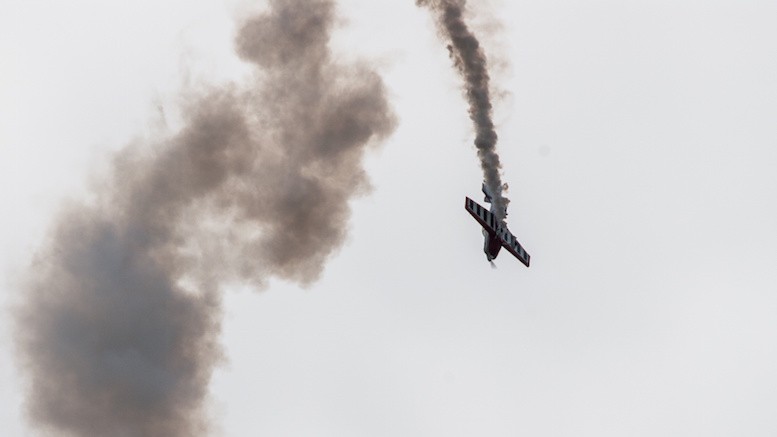 A few months ago, at the local flying club, I was chatting with some old pilots who hang around the clubhouse every afternoon, each nursing a beer and hoping that in the next season,  the price of aviation gas will fall enough as to allow them a hop into the sky. One of them, a jolly fellow named B, started a story about the golden old days of flight training. (Not that it matters, for this story anyway, but nobody knows why this guy is called B.). B’s ramblings are a time-tested stalling mechanism deployed to ensure that as we become engrossed in his fables, we shall forget that he owes us a round. Folks in the club house have often joked that B is his first name and his second name must be S. Now he recounted how he showed up for his first training flight proudly armed with a printed checklist. The flight instructor (ex-military guy) waited patiently in the aircraft as B climbed in cheerfully, fumbled with the harness for what seemed like eternity and finally set his frame in the seat. For the engine-starting procedures, B started reading from the checklist, flicking the switches and pulling and pushing the various levers, feeling like an ace pilot of sorts. Trim… take-off position, fuel selector… on both tanks, Mixture… full rich, Primer… primed and locked, Throttle… set, blah-blah-blah… check… zigi-zaga check

The flight instructor, reached over, calmly took the checklist, opened the window hatch of the small aircraft and casually chucked the checklist out. As the piece of paper wafted lazily across the green grass of the airfield, B turned to the instructor with the universal look of “What the !&*$%#?”

The instructor brusquely said “If you really want to fly, you should have memorized the checklist before you entered my aircraft. If you haven’t committed it to your memory by now, you are not ready to fly. Not by a long shot.”

B thought that was the end of it. It wasn’t.

“You must have a good grasp of what is already known about this aircraft. That will leave you with enough time to manage the emergencies that will arise, every now and then, both on the ground and in the sky. When calamity strikes, it is your level of preparedness that will determine if you will walk home after the flight, having successfully landed… or your parents will be presented with your remains in a body bag. You sure look like a nutcase to me so it is OK if you want to kill yourself, but dammit, boy, do it on another person’s watch.”

Truth be told, B is given to revising the history of those glorious days. As he says, during those times, “airmen, especially those who had flight instructor rating, were true aviators, legends of their time and real sky gods who had honed the skill of stick and rudder – they were not the glorified sissies who fly modern airliners using PlayStation controls.”

Now, what has all this got to do with assurance? Well, maybe nothing, maybe something and maybe everything.

CSPs are full of so many touch points and controls, diverse product offerings and all manner of things that work wonderfully, creating memorable experiences, enriching our lives and generally making life much easier than it used to be. The same CSPs have systems and processes which have the potential to go horribly bad and they often do. If that does not also describe an aircraft and commercial air travel, I don’t know what else does. Money has been lost, customers have been frustrated, investors have burnt their fingers, employees have almost come to blows with each other as they try to make this thing called CSP fly.

There exists a ragtag band of enthusiasts who work with CSPs to try and identify, prevent and quantify the impact of things going wrong. This band comprises risk managers, auditors, internal assurance, revenue assurance, compliance… or whatever fancy name of the docket you find yourself in. But in essence the members of this band are attempting to put things right. They analyze, negotiate, coerce, cajole their colleagues into action, snitch on others, celebrate with some and mourn with others in this war. Sometimes they do succeed. Oftentimes they fail.

Still, one has to wonder, what gives them the right to assure CSPs without adequately preparing for the challenge? I don’t expect that we should all have to memorize the risk scenarios in the CSP space because a list that attempts to itemize the various ways that money is lost in telecoms is definitely incomplete despite the warm feeling it induces. And yet there can be no excuse for us not having a good grasp of the knowns so that we can have a much better chance at unveiling the unknowns.  Other CSPs have lost a lot (including money, customer and employee goodwill, investor confidence, business opportunities, and they even run foul of the law). We know how and why telcos lose. Know thyself and know thy business.

P.S. The ending of B’s story is that despite that (very interesting) start, this inaugural flight still proceeded. The instructor took control of the plane, rattled off over 50 checks from memory, smoothly lined up the aircraft for take-off and flew to the general flight training area where he and his student did maneuvers for 45 minutes. Much of the talking over the headset was done by the instructor and much of what he talked about comprised stating and restating that B’s skull contained high-grade humus refined over multiple genetic iterations. As B recalled, that was the day he discovered that there are infinite ways to call a man a fool.

And yes, just in case any reader is wondering, B, the master of zigi-zaga flying, still owes us a round.