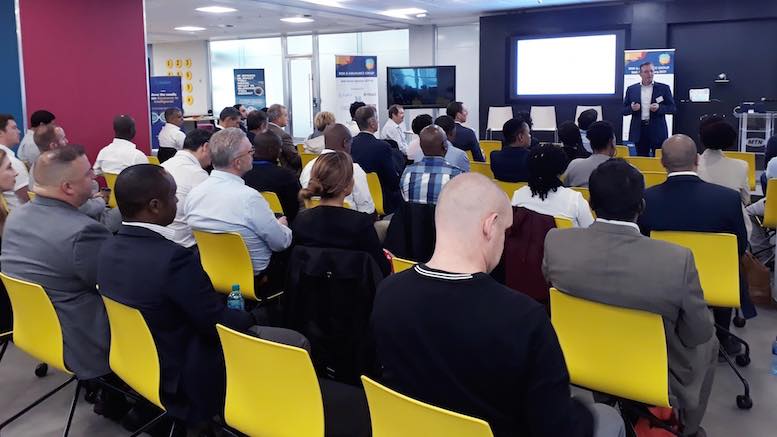 There were 96 attendees at the Johannesburg conference of the Risk & Assurance Group (RAG) last week, which fell below the totals attracted to previous African conferences, but was higher than feared after a considerable number of speakers and guests dropped out due to international coverage of xenophobic riots in South Africa. The timing of this senseless violence was a big blow to the conference because we desperately need to bring African telecoms risk professionals together to help them achieve their potential as well as securing credit for the best work done on the continent. Nevertheless, the individuals who canceled should regret their decision. The experts who took to the stage at MTN headquarters shared their courage, wit and wisdom with an appreciative audience. 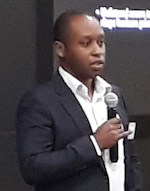 Two speakers touched the audience by reflecting with great humor on the injustice of being wrongfully imprisoned. The applause given at the end of the keynote by Joseph Nderitu (pictured left) was longer and more emphatic than I have heard at any conference, whether organized by RAG or otherwise. Joseph’s calm demeanor belied the scale of the corruption that he suffered in Tanzania this year, as the government extorted money by imprisoning a group of Vodacom managers on trumped-up charges of fraud. The audience learned from Joseph not only the factors that indicate corruption, but also how to handle false accusations with dignity and grace.

South African legend Willie Hofmeyr demonstrated the same qualities when he spoke towards the end of the conference. Willie talked to old friend Jackie Fick (pictured right) about what motivated him to chase corrupt officials and organized criminals in order to seize their assets. As South Africa’s longest-serving Deputy National Director of Public Prosecutions, Willie took pleasure in telling the audience that he would gladly confiscate the assets of children if they were being used to protect the criminally-obtained wealth of their parents. There is no doubt that Willie’s resolve to assist the government in serving the people stems from his years as an anti-apartheid campaigner, which resulted in his being wrongfully detained on many occasions.

As always, the conference agenda included too many success stories to repeat them all. Nevertheless, I should briefly mention the presentation by Tanki Letuka and Lourenço Francisco of Vodacom Mozambique. They have devised a simple but effective way to identify fraud by comparing the locations of phones. Techniques like these can add great value to telcos when shared between them, and we should remember that Tanki and Lourenço deserve the credit when their method is copied by dozens of other telcos that attended RAG Johannesburg. 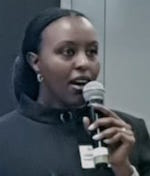 Credit should also go to Julianne Mweheire of the Uganda Communications Commission (pictured left). The audience was obviously impressed that the representative of a regulator can speak with such knowledge and honesty about the way telcos work in practice and the reasons that regulators should help telcos to do a better job of serving the public. Despite some of the other horror stories about the corruption of regulators, Julianne persuaded many attendees to maintain a optimistic attitude towards working with regulators.

There was also a lot of fun and inspiration to be enjoyed over the two days of the conference. Host Nixon Wampamba (pictured right) was in playful mood from the beginning of MTN’s first panel to the end of the closing Wise Heads session. Chairman Tony Sani impressed with both his one-liners as well as the momentum behind his global wangiri blockchain initiative. The audience were on their feet when Malebu Makgalemela of Telkom asked them to roar to the Katy Perry song with that title. The vendor sponsors also helped to sustain the

high levels of energy by offering presentations that were both entertaining and informative, with Pedro Duque of WeDo Technologies (pictured left) possibly enjoying his time on stage the most. The spirit of camaraderie and fellowship persisted throughout the two days, with many remaining to chat and socialize over dinner on the final evening (pictured below). 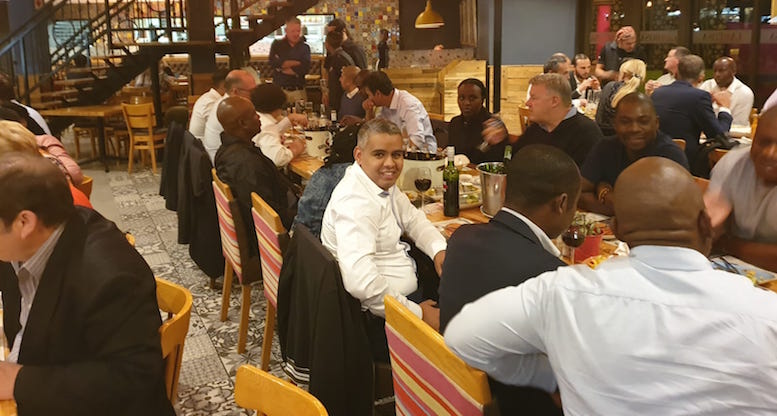 For myself, I am just glad that the audience gave positive feedback about the conference, and that I have the good fortune to spend time with people I love and admire. Joseph’s imprisonment underlines that none of us should take our freedoms for granted. Good professionals need to vouch for each other, because only we can tell the difference between a faker and the real thing. We are stronger when we are together, and I was thrilled to have the opportunity to enjoy the company of Joseph and the many other friends I have made around Africa. 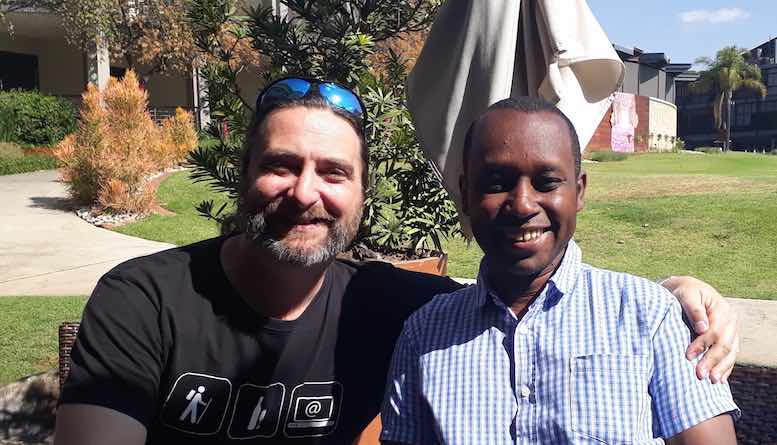