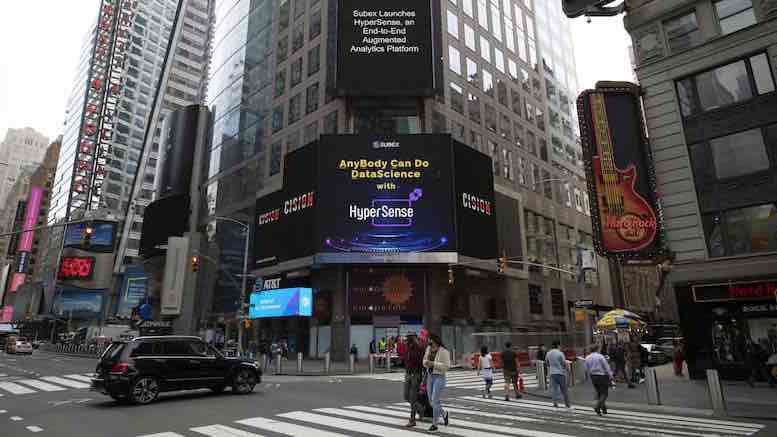 The share price of Indian RAFM and analytics vendor Subex stood at INR52.85 (USD0.71) when markets closed on 30th April 2021, almost 17 times higher than its price during March 2020, when you could buy one of Subex’s shares for just INR3.14 (USD0.04). Whilst some of this can be explained by a major restructuring of capital and by Indian stocks generally rising over the past year, the market capitalization of Subex is now roughly USD400mn. This represents a remarkable turnaround for a business whose operating performance has been steady but unspectacular in recent years.

Subex continues to generate most of their revenues from telecoms RAFM and wholesale settlement. CEO Vinod Kumar has set a target of generating annual non-telco revenues of between USD15mn and USD20mn by 2023, but this would still be less than half of what the company makes from its current telecoms customers. Nevertheless, investors seem to have remarkable confidence in Subex’s ability to use new offerings focused on data analytics and IoT security as bridges to other customers in additional sectors. At times the P/E ratio of Subex has exceeded 80, indicating a high degree of confidence in the future value of a business that has only just begun to pay dividends again after a 14-year interval.

To put Subex’s current value into perspective we need to compare them to a similar-sized peer, but this is difficult because the stagnant growth expectations for the telecoms RAFM market means most competitors have also diversified their offerings, and each has taken a different strategic direction. The best comparison is still with WeDo Technologies, which was acquired by Mobileum for USD70mn in 2019. Mobileum is solely focused on servicing the telecoms market, and has sought to build up an unassailable position in the supply of test, assurance and data-oriented products and services. WeDo was estimated to have larger market share than Subex at the time of its purchase, suggesting that WeDo’s previous owners, Sonae, made a mistake by selling out instead of backing management attempts to increase sales outside of telecoms.

Years of hard graft have led to a new wave of optimism at Subex. Subex CEO Vinod Kumar was recently re-appointed to a new three year term at the helm of the business he has already spent two decades working for. In April they launched Hypersense, a product that promises to turn anyone into a data scientist by giving users access to artificial intelligence without needing to write code. Subex are so proud of Hypersense that its launch was advertised on the big screens at Times Square, New York (pictured). If Hypersense delivers on its promises, and investors maintain their confidence in Subex, there is a chance that next year I will be writing about Subex becoming the first RAFM vendor to be worth a billion dollars.