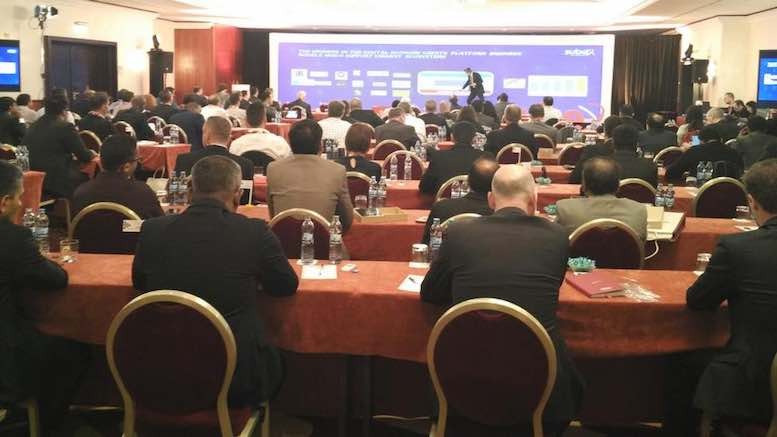 Last week it was my pleasure to chair the 2015 Subex User Conference, which was held in the capital of the Czech Republic. As usual, the turnout was large enough to shame those few assurance conferences still run by commercial event organizers; Subex welcomed 155 attendees from 49 countries, representing 70 different telcos. I understand more wanted to attend, but were hindered by a tightening of Czech visa policy following the European/Arab refugee crisis. Even so, it is clear that events run by multinational vendors like Subex now provide the best opportunity to network and learn from peers.

Subex’s agenda and speaker roster were both very strong, and there was too much content for me to fairly summarize what was covered during the event. However, I hope other speakers excuse me as I mention a few presentations that were very well received.

Simon Torrance, an expert on digital innovation, gave the opening keynote on the topic of digital transformation in the next five years. His insights generated a lot of interest from the audience. Hands were raised at the end of Simon’s talk, but even more questions flooded in for Simon via an online Q&A app, preinstalled in the tablet computers that Subex gifted every attendee. As a result of all the audience’s questions, I was forced to allocate extra time for the fascinating Q&A session which followed.

Simon was followed by Commsrisk contributor Mike Willett, whose presentation on risks and opportunities was bursting with insights and quotes drawn from great management thinkers, as well as drawing upon Mike’s hands-on knowledge of fraud management and revenue assurance. As good as Mike’s presentation was, we saw even better from Mike during the opening session of the second day, when he joined me on stage for an interactive discussion about whether to extend the scope of risk and assurance teams. Mike’s thoughtful and clear-sighted analysis of organizational responsibilities smacked against my provocative opinions, and the audience responded enthusiastically. The wealth of experience in the room was made obvious as attendees took turns to share their views on a variety of topics, including whether RA departments should change their name because the word ‘revenue’ limits what they can do, and if the relationship between Internal Audit and other risk-oriented teams can be improved.

The quality of the talks was maintained throughout, and some of the warmest applause was reserved for one of the last speakers on stage. Vahid Mazaheri Far, General Manager of Revenue and Finance Control at MTN Iran, talked about the ways his business had used revenue assurance maturity as a core concept for measuring their progress, embedding it into their way of evaluating and rewarding managers. At the conclusion, it was clear that his peers were impressed by what MTN Iran had achieved.

Subex position themselves as innovators, and they went to great lengths to bring new features to their conference. The tablets Subex gave to each attendee were loaded with software that allowed users to rate speaker presentations, share contact details with fellow participants, and witness demonstrations of Subex’s entire product suite. Meanwhile, the event was not just videoed, but also livestreamed to an international audience via YouTube.

The most important development came in the form of a new award for telcos and individuals who had done most to improve the practice of business assurance and risk management. Judged by an independent panel (which included me), there were two categories of award on offer: best innovation by a telco, and most outstanding contribution to the community by an individual. Bharti Airtel were worthy winners in the former category, having detailed an impressive program that centralized their assurance operations within a single group-wide shared service center. Swisscom were runners up to Bharti, in recognition of the novel outsourcing of fraud management services on a risk-reward basis. The individual award went to Amit Agarwal of Etisalat, for the way he had shared advice on best practices through a variety of international forums and channels. Mustafa Ali of Indosat was runner up, in recognition of his efforts to found a new collaborative association for rival Indonesian telcos.

I was very happy to see these awards being presented to deserving winners. Industry awards have historically been aimed at vendors, for obvious reasons. We also need to inspire and reward practitioners in telcos, if we are to keep encouraging improvement. I am grateful to Subex for instituting this new annual award. It is my hope we will see many more telcos and individuals nominating themselves for next year’s prize, as part of a big push to increase awareness of the good work that takes place in telcos. Not everyone can win, but the more nominations there are, the more work will be recognized and celebrated across the industry. Whilst telcos do not tend to compete with each other in the sphere of risk and assurance, healthy competition for an award can only raise awareness of our discipline.

The Subex User Conference has cemented its position in the annual schedule of events. Subex increasingly position themselves as facilitators of networking and education for their customers, in addition to supplying technology. As such, it is impossible to imagine a future without this conference. Subex’s rivals should give serious thought to how they compete with a business that can deliver significant benefits to customers just by enabling dozens of them to share what they know.

Launching a new award, which Subex has made open to non-customers too, complements their marketing strategy. It shows Subex has aspirations to make themselves a cornerstone of the risk and assurance market, as appreciated even by those telcos who are not currently customers. It seems to me that Subex intends to be one half of a Coke-and-Pepsi duopoly with WeDo. Though they may not win every contract, Subex intend to be one of the first two vendor names on every telco’s list, and they know their market share requires them to put as much effort into maintaining customer loyalty as they put into new sales. As such, they will try to turn their market share into a positive marketing asset, encouraging other telcos to join a ‘family’ that collaborates for mutual gain. By taking this approach, Subex show that good business is as much about mutually beneficial human relationships as it is about superior technology.