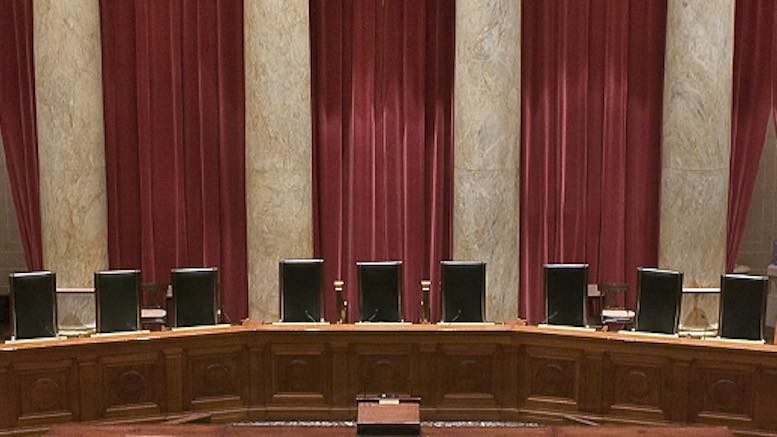 I am not a lawyer, and that is a good thing. Lawyers tend to dominate important and complicated public debates in a way that only academics and economists can sometimes contest. But the difference between a lawyer and the others is that the lawyer has been trained and takes professional pride in being able to argue black is white, if that is what is needed to win their case. So if net neutrality is as important as some people say it is, and needs to be analyzed, debated, pulled apart and verified by lawyers, then the best option is to take the matter to the best and most senior lawyers available. In the USA, those lawyers sit on the Supreme Court.

The argument above is hardly a legal opinion. But it has some substance. Recently lawyers employed by American telcos moved to appeal a 2-1 split decision which upheld the way the FCC, the American comms regulator, has chosen to regulate net neutrality. They are not appealing to the Supreme Court at this time. Instead, the appeal is back to the same Federal Court as before, except this time the case would be heard by all the court’s judges, instead of just three. The response from some other lawyers has been typically scathing. For example, Andrew Schwartzman of the Benton Foundation argued there is little reason why they should accept the appeal. For good measure, he also argued there is little reason why the Supreme Court should hear an appeal either. I suppose it helps that he agrees with the decision, despite the split in the votes, and he has been arguing for ‘hardline’ regulation since at least 2009. Or might the latter observation show he is less than neutral when commenting on the merits of his opponent’s arguments?

At this point it is worth sitting back and observing what is happening in the media. Before a big sports game you will get a lot of people speculating about what the result will be. This speculation hardly serves a useful purpose – we could just wait for the game and see the result. But sometimes the purpose is entertainment, whilst other times the purpose is to signal tribal belonging – the pundit expresses a hope that their side will win because they want their side to win, and they want other supporters to be aware of their common affinity. Once again, this is completely pointless in the sense it will not influence the result, though we can understand why people behave like this. So should we be surprised that so many lawyers find it necessary to express their ‘legal’ opinion on whether the courts should hear this appeal, especially when the previous decision was (1) widely popular with the public, and (2) the one these pundits have always wanted? When both lawyers and the media can be so lacking in objectivity, I am just glad we are not talking about the trial of an individual accused of a serious crime. I hope they would show more self-restraint if we were.

And so I come to Matt Wood, another lawyer/activist, who gave this opinion about the request for an appeal:

These requests… are sour grapes from industry dead-enders who are determined to dismantle the FCC’s successful Net Neutrality rules in spite of their many failed attempts to do so… Last-ditch efforts like these petitions are unlikely to succeed. Big phone and cable companies obviously have plenty of money to waste on high-priced lawyers. But they should give up their foolish quest to overturn rules that benefit internet users.

Which goes to show one thing at least: even lawyers think that lawyers are scum. Though only lawyers are hypocritical enough to argue that the lawyers on the other side are much worse than they are.

The thing about net neutrality is that is supposedly very important. After all, Wood states the rules benefit internet users… even though there are precious few examples of these benefits. The principle of net neutrality is considered sacrosanct by people like this, which can cause problems when the ‘benefit’ is so obviously contrary to the customer’s interests. Take this observation from Schwartzman:

With respect to the network neutrality rules themselves, it could well be that particular issues will generate consumer complaints. Thus far the only significant dispute that has developed is over various practices relating to “zero rating,” in which carriers exempt certain kinds of data from usage caps that would otherwise apply. The most visible and controversial of these undertakings is T-Mobile’s “Binge On” program that exempts video streaming from data caps. Many consumer advocates argue that this is a violation of the network neutrality rules because it prioritizes particular kinds of data rather than following the general principle that “bits are bits are bits.”

Schwartzman could have probably gone on. Instead of focusing on the self-styled consumer advocates, he could have commented on whether actual consumers like stuff to be free, and if they welcome ‘advocacy’ which insist they must pay for it, even though the supplier wants to give it to them for free! To be fair to Schwartzman he has discussed the issues with zero-rating in some detail. He has enough objectivity to observe:

The general reaction of most people is “Who would be against that?” T-Mobile is aggressively competing for market share, and this undoubtedly attracts new customers and saves a lot of money for many of them. However, most advocates of Network Neutrality regard zero rating as a serious threat to an open Internet. In the words of Susan Crawford, a leading scholar and activist, “Zero-rating is pernicious; it’s dangerous; it’s malignant. Regulators around the world are watching how the US deals with zero-rating, and we should outlaw it. Immediately. Unless it’s stopped, it’s not going to go away.”

And to also note that:

Proponents of zero rating, including free market economists and some minority groups, argue that zero rating affords an important benefit to consumers, especially those in the lower income brackets. They say that zero rating not only gives these people access to more information but helps introduce them to the benefits of the Internet. One particularly interesting aspect of zero rating is that carriers can give users free access to government services and distance learning.

So here is one lawyer that can somewhat see both sides, whilst acknowledging the comically dogmatic views of others.

There must be something funny going on if telcos must be prevented from giving stuff away for free to ensure “the rights [of users] to connect and communicate are protected” (in the words of Matt Wood). I doubt Wood and his fellow travelers would argue that free healthcare would lead to more sickness, or that free schooling would deny people an education, so it seems a dogmatic principle is being elevated above the actual interests of consumers, who sadly hear more nonsense about censorship from their political leaders than rational or evidence-backed debate about the pros and cons of applying a technical principle as if it is a moral command.

Ars Technica ran a long and boring article about legal precedent with the following headlines:

To the dying breath –

There are no major questions for the Supreme Court to decide, some experts say.

That this is a subject for popular discussion shows how eccentric net neutrality really is. The US also has really bad laws about using comms networks to spy on people, and the government’s spies acted without legal authority but people want to debate the legal reasons to prevent telcos giving stuff away for free. And they do this because without net neutrality…

…according to people like Matt Wood. But when Twitter uses its status as a private company to decide which of its users it will censor, without being accountable for their decisions, the same people are oddly relaxed that no rights have been infringed there. It seems all that matters is the law gets applied rigorously to some big comms companies, whilst other big comms companies should be unregulated and encouraged to voluntarily adopt the ‘right’ policies. And the justification is what – that there is not enough competition between ISPs but lots and lots of alternatives to Twitter? (In which case, please remind me what the like-for-like substitute for Twitter is supposed to be.)

I could go on, but that would just strain the patience of most of you, whilst still barely doing justice to the seriousness and complexity of the issues. My goal here is not to take sides, though I admit I am against the unbending insistence on net neutrality because it can lead to some absurd outcomes that are anti-consumer, anti-free speech and anti-universal access, such as the prohibition of free services or the insistence that one man’s porno must be treated ‘equally’ with somebody else’s remote heart operation. What matters is that the issues are too important, and the behavior of many lawyers, politicians and bureaucrats has been way too flippant. So it is in the interests of everybody, on all sides, for the Supreme Court to rule on the extent to which the FCC can reapply some very old powers to a new context that was literally unimaginable to the legislators who gave it those powers. They should do it now, letting us all benefit from the full and reasoned judgments of the best and most impartial lawyers the US has. The judges will still be lawyers, and still working within a flawed system, but they will hopefully speak more sense than we have heard so far.