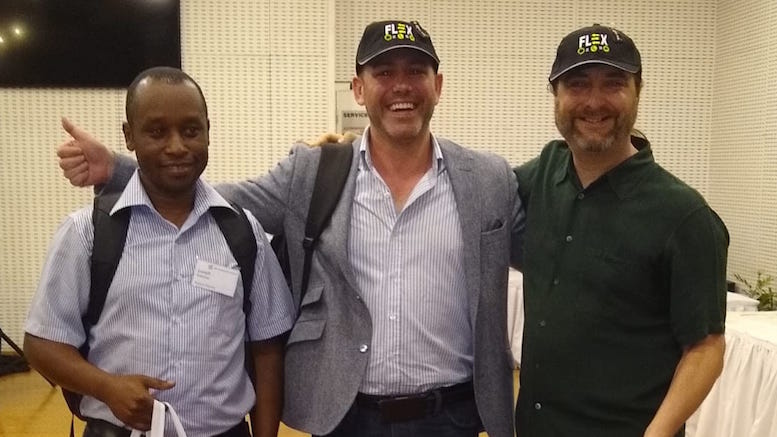 It is a great relief to report that five Vodacom Tanzania employees were released from jail yesterday after previously being charged with committing a fraud that allegedly cost the government millions of tax dollars. The Vodacom Five included the company’s Managing Director, Hisham Hendi, and my friend Joseph Nderitu, who was contracted to serve as Head of RAFM. They had been denied bail and held in police custody since April 4th. Bloomberg explained that they were allowed to go as soon as the government had received the money they wanted.

Vodacom Group Ltd.’s Tanzanian unit said it paid a settlement of 5.3 billion shillings ($2.3 million) for the release of five employees charged with depriving the government of revenue.

I would have thought that if law enforcement bodies have gathered solid evidence that five men engaged in a prolonged and systematic conspiracy to defraud the government for over a year, then justice requires that they should be individually punished, in addition to collecting all the taxes that were ‘owed’. The government’s cronies in the press and in the judicial system seemingly did not notice that if you immediately release the Vodacom Five on the day their employer pays all the ‘tax’ demanded by the government then it looks like the case is simple extortion, with the government kidnapping the company’s staff and holding them until a ransom is paid. But I suppose if the government did not immediately release its hostages, then that would make businesses less likely to pay ransom money the next time the government resorts to kidnapping.

In seemingly unrelated news, the day after the Vodacom Five were released it was reported that 14 Tanzanian government-owned organizations are in extreme financial distress, are technically insolvent, and need immediate government funding to keep functioning. They include sewage and water providers, energy authorities, the national tourist board, and the national airline. Does anyone have any ideas about how Tanzania’s government can make some money in a hurry?

Throughout the case of the Vodacom Five it was apparent that the reporting of Tanzania’s The Citizen is especially lousy, not because they spew government propaganda, but because of how much damning information they foolishly give away. It seems these hacks are so stupid that it does not occur to them that it would be better to omit details which make the government’s case appear ridiculous. For example, the crucial piece of equipment for this supposed crime was a computer server of a type you can find in offices in every country. The Citizen stated that importing this perfectly ordinary enterprise server is a crime in Tanzania, because the server is communication equipment that had not been licensed by the telecoms regulator. If Tanzanians can be thrown behind bars for buying a regular computer without explicit permission then their country is in much more trouble than they already realize.

The case had come for mention on April 11, 2019, but upon arriving at the court state attorney, Wankyo Simon, told the Kisutu Residents’ Magistrate Court that investigations have been completed and that the Director of Public Prosecutions (DPP) has given a go-ahead for the Kisutu Resident’s Magistrate Court to proceed with the hearing of the case.

It did not occur to them to remark on the speed of this investigation. Do reporters working for The Citizen, when writing about a multi-million dollar ‘economic sabotage’ case involving telecoms bypass fraud, not think to read the other story they published this week about a different multi-million dollar economic sabotage case involving telecoms bypass fraud? In that other case, the state’s prosecutors have been stalling, stalling, stalling and stalling for well over a year, repeatedly asking the court for permission to delay the trial, supposedly because their investigation is not yet complete. Do they think nobody will notice how quick they are to finish the ‘investigation’ of a crime when a big business is willing to pay the fine immediately, compared to the slow pace of investigating the exact same kind of crime when the defendants refuse to pay and the onus is on the prosecution to actually find some evidence?

I heard through indirect channels that some Tanzanians are speculating about who is the ‘source’ for the information I published in Commsrisk this week. There is no need to hide my sources: it is Tanzania’s lazy news reporters, who repeated the claims lodged in the court documents filed by the prosecution lawyers! These so-called journalists may be under the thumb of an authoritarian government, but that did not stop them from making this government look ridiculous. If they understood what they were writing about then they would know how a professional would spot repeated signs of deceit. But I suppose incompetence must reach a peak within the Tanzanian Communications Regulatory Authority (TCRA), a body that is so inept they do not even bother to lie convincingly about their own work. As a result, the claims written in the prosecution’s documents deserve to be openly mocked by real fraud investigators.

We cannot expect better from a regulatory authority that is so focused on making money from any foreigner who tries to phone a Tanzanian, and by taxing any Tanzanian who dares to start a blog or run a YouTube channel. These blundering jackasses have such a meager understanding of modern communications that their own website is an incompetent piece of broken crap with incorrectly formatted pictures of their boss and no information about the major enforcement activities they undertake.

Real professionals now have their eyes on what is happening in Tanzania and the behavior of its dysfunctional regulator. There is a simple way to distinguish liars from honest fraud managers in the long run. If you have a successful strategy for stopping fraud, then fraud must eventually fall. If you keep saying fraud is very bad, or getting worse, then your strategy is not successful. Incompetent liars always insist that fraud is always getting worse and their strategy is a greater and greater success each year, delivering more and more value. Keep watching what happens in Tanzania, because this regulator’s modus operandi is now blatantly obvious.

The international response to the jailing of Joseph Nderitu shows that real professionals are not fooled by empty claims with no supporting evidence. I posted on LinkedIn a photo of Joseph (above, left) that was taken with RAG Chairman Rob Chapman (center) and myself at the conclusion of RAG Nairobi 2018, a free conference for telecoms risk, assurance and anti-fraud professionals that was hosted by Safaricom. That conference would not have taken place if Joseph had not been instrumental in making the arrangements. He donated his time, he called important people he knew, he persuaded Safaricom to donate their premises, and he even took money from his own pocket to pay a supplier when RAG was unable to transfer a necessary advance. Within a few days 11,000 people saw that LinkedIn post, and well over a hundred shared it, liked it, or commented in support of Joseph. The totals keep climbing, because even though Joseph is now free, LinkedIn users keep expressing their disbelief that Joseph was jailed.

The support for Joseph has been drawn from right across the world. Everybody is of like mind: Joseph’s character, and the absurdity of the allegations, means that nobody who understands telecoms fraud believes Joseph is guilty of any crimes. We all know he is innocent, and was wrongly detained by Tanzania’s authorities. Joseph’s reputation remains intact. It is his accusers who need to realize that they are now suspected of corruption by professionals worldwide.