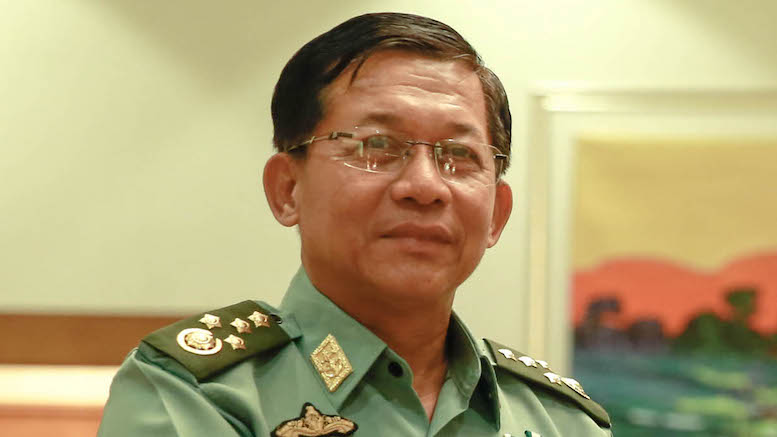 Telecom executives face many challenges. Shareholders want a fair (attractive) return on their investments, employees want respect for their work, customers demand value for their money (or they walk), regulators want to see that the telco is a responsible citizen and the media (especially mainstream journos) misreport more than they report. That happens even in the best of environments and at the best of times. Now spare a thought for telecom executives in Myanmar. The military junta led by General Min Aung Hlaing (pictured) has banned telecom executives from leaving the country without permission. The executives are under pressure to allow the junta to spy on the citizens amidst daily protests.

…telecom companies were sent a second letter telling them they had until Monday July 5 to fully implement intercept technology they had previously been asked to install to let authorities spy on calls, messages and web traffic and to track users by themselves

This is hardly surprising. The same Reuters article reports:

The junta has never commented on the electronic surveillance effort, but announced soon after seizing power its aim to pass a cybersecurity bill that would require telecoms providers to provide data when requested and remove or block any content deemed to be disrupting “unity, stabilisation, and peace”

As a Kenyan, that last line brought back sad memories for me.  Between 1978 and 2002, the government of President Daniel Arap Moi visited a lot of suffering on Kenyans as it vigorously sought to build a nation of “peace, love and unity”. Torture, disappearances, assassinations and a culture of fear pervaded the country. My parents would only speak about His Excellency (Moi) when praising him, because walls had ears. The Intelligence Service went deep into the villages to identify elements who were not supportive of the regime. Suddenly Kenya had more domestic enemies than all our neighbors combined.

24 years of molesting the people achieved the exact opposite of peace. The nation was set on a course that culminated in the politics of ethnicity leading to the worst post-election violence seen in the country.  To be fair to Mr Moi, he was not the architect of this system. The founding father, Jomo Kenyatta, was a master of oppression. When Moi took over in 1978, he promised that he would “fuata nyayo” which is Swahili for following in the footsteps. We did not expect him to keep the promise but he did.

Africa has its share of this type of thing. Now with widespread adoption of technology, dictatorial regimes are even more afraid because technology has a way of opening the eyes of the people. Suddenly, captives discover the taste of freedom and they cannot be contained. This is illustrated by the case of MTN in eSwatini where the telco confirmed the government forced them to implement the current internet blackout. The eSwatini kingdom is being rocked by violent protests. The subjects of His Majesty King Mswati III are calling for the abolishment of the monarchy and want it replaced by a democratic government system. Hmmm, I wonder where they got that idea.

That eSwatini’s monarch has chosen to suppress communications is only to be expected. Such blackouts have been done in the past in countries such as Uganda, Tanzania and DRC, mostly around the time of elections.

It seems that even as we deliver communications services to the people, we must remember that the one uniting factor of dictatorial regimes is their lack of creativity: we can always count on them to copy bad manners from each other.