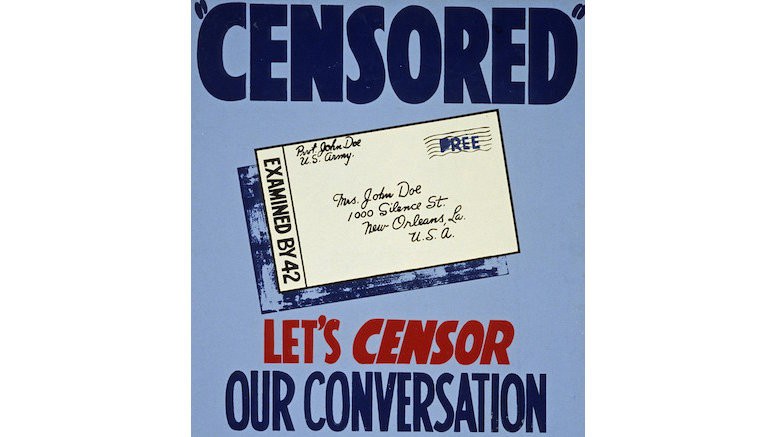 In most countries, telcos are not a branch of government. They are not firefighters, nor public health inspectors, nor tax collectors, nor schoolteachers. They are not police, nor spies, nor soldiers, nor judges. However, every year telcos are forced to take on more and more responsibilities of the government. This is good for politicians – it allows governments to reduce their costs, and also to reduce their risks. Politicians use this tactic to boost their popularity, without doing unpopular things like raising taxes or punishing people who believe they have done nothing wrong. In exchange, telcos are getting a lousy deal. They receive no benefit for the increased cost, and the increased risk, they have taken on. Telcos need to draw a line, to manage the risk and rebalance the rewards for their shareholders.

Over the last decade there has been a continuing trend to take many varied kinds of public obligation, ranging from national security to gathering taxes, and to force telcos into performing them on behalf of government. The worst example, which clearly contradicts the role of a communications provider in a free society, is to make telcos responsible for blocking communication between people when the content of the communication is deemed illegal. There are now so many examples of this obligation being foisted upon telcos that it would be tedious to list them all. However, the trend was recently reinforced in India, where the government ordered ISPs to block 857 pornographic websites. Then, just days later, they changed the order and told ISPs to block any site which contained child pornography. Indian ISPs rightly responded with outrage. This is what Rajesh Chharia, President of Internet Service Providers Association of India, said to the Times of India:

How can the government put the responsibility on us to see whether a website carries child pornography or not?

Why should an Internet service provider by punished if a website suddenly transmits child pornography?

Rajesh Chharia is right to complain. Not many of us would volunteer to survey the internet, searching for child pornography so we could decide what is legal, and what is illegal. It would be a miserable job. To make it worse, the person who does the job would never be thanked for performing this unpleasant task, but they would routinely suffer criticism, whether fair or otherwise. When content is blocked, some will complain the rules have been interpreted too strictly. When content is not blocked, others will complain the rules have not been properly enforced.

In a free society, everyone should respect that the police have a difficult job, where they may try their best, but will never succeed in a perfect application of the law. But the police are the police. We can understand they have a special role to play in society, doing a vital job to maintain law and order. Telcos are increasingly being forced to police both public and private communications, without being granted a special status in society.

Telcos do not benefit from the recognition that any human being will make mistakes from time to time, and hence needs to be given some realistic leeway to interpret the rules without having irresponsible pedants second-guessing every decision they make. And what is more, the police actually get paid to police! Nobody pays telcos to act like a police force.

Telcos should resist the transfer of government policy into the domain of a private corporation. Otherwise, the burden on telcos will continue to grow, and nobody will be able to draw a line and explain why telcos accepted yesterday’s burdens, but refuse to take on the additional burdens proposed by today’s politicians.

How can telcos set a new precedent, establishing the difference between its role as a supplier of communications, and what it must do on behalf of government? The answer is to demand payment from government. A contractual relationship clarifies who is responsible for execution, and who gave the instructions. Politicians want the credit for placing the burden on telcos, but not the blame when telcos make mistakes. However, what counts as a ‘mistake’ would normally be determined by a contract. If politicians cannot deliver straightforward, unambiguous rules on what communications will be permitted, and what is outlawed, they should not be able to hide behind telcos and pretend the fault is with them.

Of course, governments cannot be forced to pay. Governments can force anybody to do anything, and to do it for free. But that is not the point. If we show government the bill, we can show everyone the cost of the burdens that government place on telcos. The government is outsourcing its responsibilities. Show them the true cost of outsourcing! Even if government does not pay, drawing up the bill sends a vital message to customers and shareholders. Maybe they are happy with government policy. However, they should know how much they are paying for it.

The cost is the easiest measure of the transfer of responsibility between government and telcos. In addition, there is a transfer of risk. Customers and shareholders also need to be conscious of that risk. In our increasingly risk-aware world, stakeholders need to know both the scale of risk, and what drives those risks. They may prefer to invest in businesses that avoid certain drivers of risk. They may prefer to purchase services from a foreign supplier, to circumvent the consequences of government policy. The stakeholder needs to know how and when they must endure increased risk because of decisions made by politicians. That is the only way to ensure citizens have the information they need to hold politicians accountable.

When it comes to this topic, there are many risks to consider. Perhaps the telco is best placed to help national cybersecurity. Perhaps the ISP is the right organization to block websites and filter content. The risk to the business needs to be balanced to risks to the public, like terrorism or exposing children to inappropriate content. But when seeking balance, we need to measure the weights added to both sides of the scales. It cannot be the case that governments only do good things that protect people, whilst the telcos only ever deserve blame for failing to follow the government’s diktats. Censorship is the epitome of a decision made for the sake of the public good, even though many private individuals will disagree with the decision for many different reasons. Telcos cannot and should not be assuming the responsibilities of governments in matters like these. So anything which clarifies how the telco is an agent of the government is a benefit to understanding where real responsibility lies, and how society manages the risks relating to those decisions.

It is hard for telcos to have a transparent relationship with governments. Governments often prefer backroom deals. But those deals are more risky for telcos than for governments, because governments are more powerful than any private business. Transparency is better for telcos, allowing them to clearly explain risks and costs to investors and customers. Censorship is one example, but there are many examples of how governments are transferring risks and costs to telcos. However, censorship is an especially clear example of a decision made for the public good which most people would not want outsourced to a private decision-maker.

There should be no doubt about accountability, when the decision is made to censor. Sadly, very few of us understand who is accountable for these decisions; one attitude is to demand somebody take responsibility, but to take no interest in who does, or why! If telcos do not fight the privatization of censorship, they will give up the best argument for the transparent management of how governments increase costs and risks for telcos, without offering adequate compensation in return. Telcos must draw the line at censorship, not because they oppose it, but because it is a topic where everyone should understand where ultimate responsibility lies.