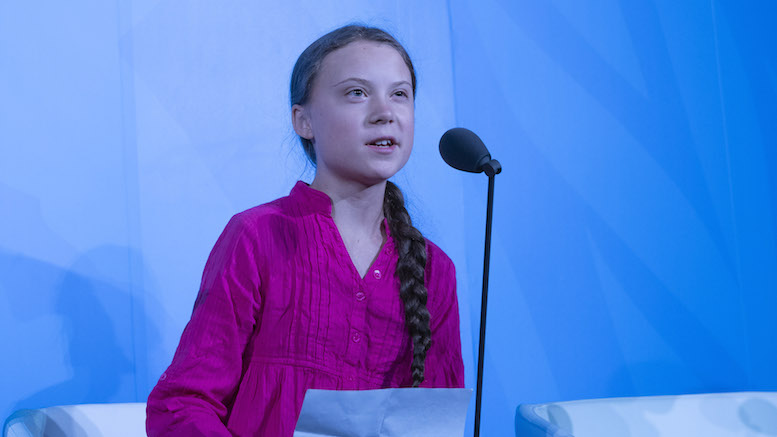 You have probably heard of Greta Thunberg (pictured). Greta is a 16 year old Swede whose reward for repeatedly skipping school is to be granted a series of meetings with world leaders so she can chastise them for being naughty. Her complaint is simple enough: the world is going to burn to a crisp unless more is done to restrict emissions of greenhouse gases. Whether you like her or loathe her, Greta tries to live by the principles she espouses, and that is why she sailed across the Atlantic on a racing yacht manufactured from three tonnes of carbon fibre instead of buying a plane ticket like the rest of us. So if this schoolgirl is prepared to poo in a bucket to save the world, should we all be doing more? That is the question in my mind every time I take a long-haul flight to participate in a conference.

The overriding purpose of a conference is to communicate with other people. This begs the question of why telco professionals choose to travel to accomplish this goal. Our businesses sell the ability to communicate with people who are somewhere else. The literal meaning of the word “tele” is distant. That is why it is incorporated into words like telecommunication, telephone and television. It strikes me as obvious that if we can efficiently broadcast the same kind of content that we share at conferences, like those run by the Risk & Assurance Group (RAG), then we should do it on a regular basis. Our purpose is to spread information and aid collaboration, but not everybody can spare the time and money needed to travel to a conference, so if we really want to reach the largest audience we should be prepared to use television to do it. Thanks to the internet, this is now a realistic possibility.

One problem with sharing knowledge through a broadcast medium like television is that there is no opportunity for the audience to engage with the people on stage. However, that has always been a challenge for real conferences too! Many events have an oppressive atmosphere which discourages the audience from asking questions. Unlike Greta, some people are nervous about speaking publicly in a second language. Others would prefer to ask their questions anonymously. Passing a microphone to a member of the audience can be a slow process. And the need to keep to schedule means there is usually only time to take a couple of questions this way. But RAG conferences enable superior audience interaction by turning the telephones in our pockets into tools that send questions to speakers in real time. The same real-time solution can be used for a live television show, and recently RAG has proven the concept through trial episodes that streamed over the internet to viewers who spontaneously submitted questions to the presenters. The streams were also recorded so they could be watched at leisure by anyone who missed the live show.

So here is the first successful pilot of RAG Television. The following 30-minute video is the edited recording of a live stream broadcast on 16th September. The stream was made available via a dedicated page on the RAG website and on Twitch. I hosted the show, and senior risk consultant Lee Scargall joined me from a remote location to discuss topical affairs including national revenue assurance audits, mobile advertising fraud and internet piracy. Special guest Geoff Ibbett connected from a third location to talk about the RAG Leakage Coverage Survey. All the questions were submitted by viewers whilst the show was being broadcast; nobody knew what those questions would be. The pilot demonstrated that the technology and the format works! Now we just need to line up guests for a first series of episodes, with the intention to stream a half-hour episode each week over a period of six weeks, in a variety of time slots to suit audiences in different parts of the world. If you want to be a guest, then leave a comment on RAG’s YouTube channel, where you can also see the following pilot.