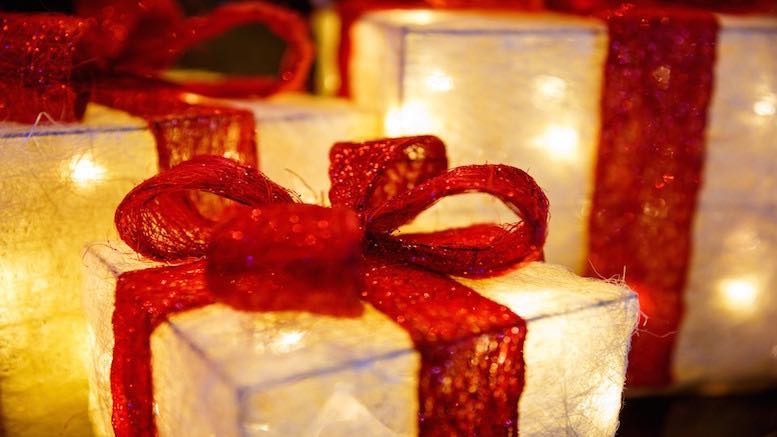 It is hard to give everybody a present, when the gift is intended for people in more than a hundred countries around the world, and will be sent over the internet. Santa can do it, though he prefers a reindeer-driven distribution network. When I thought about a present I could give to loyal followers of Commsrisk, I was stuck with offering more of the same stuff that we deliver every week: words, insights, and opinions. But then I remembered that 2016 was the year we passed a major milestone: 10 years of blogging about revenue assurance, fraud, risk, data, and all the other topics we ponder. Thank you for supporting us all of the way. Your appetite for more is what keeps us going. Here is a little reward: the gift of ten vintage blogs drawn from our archive (it sounds better if you describe something as ‘vintage’ instead of just saying it is old).

You deserve much more than words, and we are working to deliver more in 2017, not least via the Risk & Assurance Group, which is actively supported by most writers on Commsrisk. Until then, please enjoy ten of my favorite posts from our first decade of wordsmithery.

My article from August 2008 sought to describe one of the most important conceptual skills that we need to possess. I am flattered that people continue to tell me of how they use ‘the zoom’ in their work.

2. RA as an Example of Collaborative Networking

Güera Romo penned this article in April 2011, which discusses the obstacles to collaboration and the risk of silo thinking, a problem that continues to plague our work. Güera has since completed a PhD which researched the ways organizations could better utilize scarce skills in technology and engineering disciplines.

This short but seminal post from June 2012 shared crucial data about the relationship between maturity, leakage and recovery. Based on results that Lee Scargall had collected from over 60 telcos worldwide, it shows that reported leakage goes up as maturity rises initially, because the detection of leaks improves. Then reported leakage reaches a peak and starts to fall as the causes of leakage are brought under control.

I like this podcast because it is all about me! In February 2014 Mike Willett turned the tables, subjecting me to a no-holds-barred interview. Mike asked lots of difficult questions about my career motives including my reasons for running this website, which was then known as talkRA.

5. Zen and the Art of Root Cause Analysis

In February 2012 Ashwin Menon wrote an article about Subex’s Zen technology and the automation of root cause analysis, but he could not have predicted the response it would generate. A total of 20 comments were published in response, many of them from skeptics. I give Ashwin a lot of credit because he did not run from the debate, but fought his corner valiantly.

6. What Is Wrong With RA Tools?

Written in May 2010 by Dave Stuart, this piece captures the schism between IT developers and users, as reflected in the tools they like to create. Though technology has moved on, much of the article is still relevant today.

In July 2007 I went against conventional wisdom at that time, stating my belief that Papa Rob Mattison’s GRAPA would split our profession for selfish reasons. I argued that we would suffer if we did not find a way to bring all our skills and talents together, in a single place where everyone could collaborate. I feel that history has proved me right. And if that sounds a bit pompous, at least I was trying to be funny (as well as balanced) when writing this article.

July 2008 saw this website’s greatest achievement – though few people remember because it happened so fast. This blog brought down the bogus World Revenue Assurance Forum (WRAF) almost as soon as it started advertising itself. Though WRAF had contacted telcos globally, inviting them to a conference to be held at the iconic BT Tower in London, this supposed association of many international telcos literally disappeared the day after this blog was published. Why? Because the post revealed that WRAF was a sales front for Cvidya, with the sole exception of one gullible BT manager who allowed them to use his name and BT’s resources to create the illusion of being a telco-led association. Cvidya were so careless and contemptuous that they openly registered WRAF’s web domain in the name of Cvidya’s CEO.

BT thanked me for blowing the whistle on corruption by firing me. Publishing the article was still the right decision. I would make the same decision today, although BT are unlikely to employ me again, and I intend to stay retired. But I am heartened that BT has changed a lot since 2008. That is why they will be hosting a real international association of many telcos and vendors in BT’s headquarters on March 15th and 16th of 2017. Strangely, nobody from Cvidya wants to come. And in case you wondered why this new conference is not being held in BT Tower, it is because that auditorium is too small for the RAG London Conference.

9. Of Villains and Victories

On January 5th, 2015, Joseph Nderitu wrote a piece that welcomed the new year by talking about his frustrations and the need to maintain hope. Joseph’s words inspire me to keep struggling for the recognition our profession deserves. They may inspire you too.

This was the original post that began it all, back on October 22nd, 2006. It captured the sentiment of starting on a journey, without knowing where it would lead. Though I have written over 1,000 posts since, none have bettered this one.

How Much Would You Pay for an RA Website?