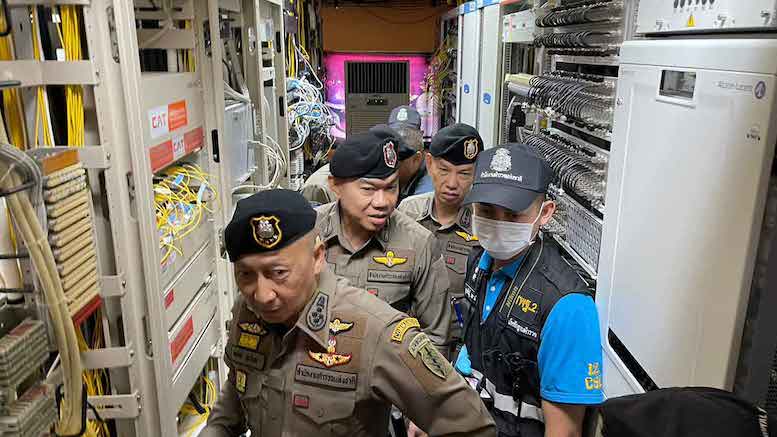 Police in Thailand have arrested eight people, including employees of the Thai government, who are accused of providing internet access to scammers on the far side of the border with Cambodia, reports Bangkok Post. Deputy National Police Chief Torsak Sukwimol (pictured, front) personally led officers who raided a state-owned telecommunications facility in the Aranyaprathet district of Sa Kaeo. The region is home to the busiest border crossing between the two countries.

The cables supported more than 10,000 internet lines believed to serve the call scam gangs that have defrauded many Thai people… Police have found that the cables were used to illegally extend internet access to the neighbouring country.

Torsak also said that scam-related crime had fallen by 25 percent following the seizure of 200,000 SIM cards that scammers used to call their victims. He indicated that the police would expand their investigation into the affairs of the government employees that were arrested.