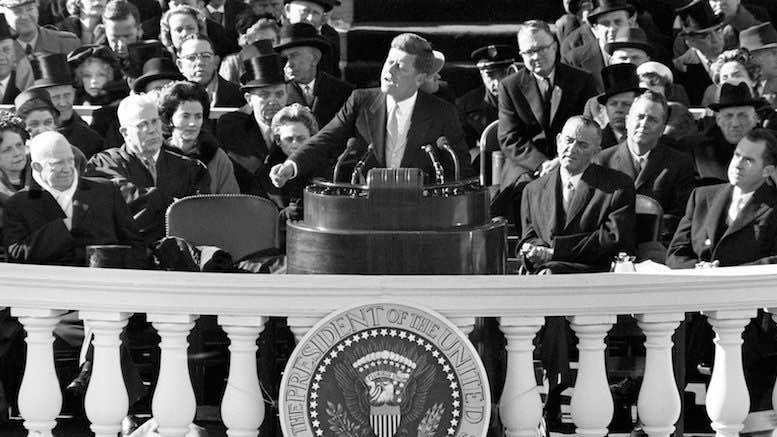 Two years ago Michael Lazarou challenged me about RAFM training, and last week he challenged me again. Both times he was right to do so. These were his words:

…while we all agree on the challenges of compiling an education syllabus for RAFM, what we also all agree on is that there are some basics, some essential knowledge required to do RAFM. And that is where we should begin. We must start building from the ground up. We can talk about it, we can debate about it, we can exchange ideas and opinions, but – Eric – what are we doing?

I suppose there are two answers to Michael’s question:

I sympathize with Michael’s predicament. In many ways I was lucky to learn about topics like revenue assurance at a time when it would have been unreasonable to expect training. The first person who does something must learn by doing; there is nobody in a position to teach them. I was not the first person to do revenue assurance but I was close to the front of the queue at a time when there was no realistic prospect of another practitioner turning themselves into a schoolmaster.

Back then everybody who did it was learning by doing; if anybody had stepped aside and spent time devising a training course they would have found their insights would have been overtaken and made redundant by the rapidly progressing new work done by others. Just as scientists must ultimately learn by experimentation, because there comes a point when they can no longer learn from other scientists, and just as innovators learn by innovating, because you do not innovate by copying what others have done before, we were engaged in a developmental activity where we learned by doing what we were doing, and trying to find ways to do it better. That was a very cool educational experience, if stressful at times. I would I recommend it to anybody who gets the opportunity to learn by simply trying things and observing what works in practice.

Of course there comes a point when it is foolish to learn from personal experience. Good risk managers know we should seek to learn from the mistakes of others; that approach is cheaper and quicker than learning from our own mistakes. The phrase ‘reinventing the wheel’ has meaning because somebody invented the wheel already, and nothing is gained by inventing it again. So at some stage it becomes efficient if the doers codify their wisdom and pass it on to others… but we should be clear about who benefits from this efficiency saving. We might have romantic notions about the status of a teacher, but the primary beneficiary of education is the student. Teachers are usually motivated by an economic payoff, and that explains why training options are still so inadequate.

University courses are expensive, but either the state or the student considers them to be an attractive investment. MOOCs may be free, but after the development of the materials the delivery cost is almost zero, and so they may be a very effective form of advertising for education providers that charge for lots of other courses, and who would like their students to know some basics and shown some appetite for learning before the paid courses begin. Only one person has repeatedly found the sweet spot where it is possible to make money by training practitioners in our field, and I will be repeating myself if I restate how Papa Rob Mattison has made a mockery of our work. A self-appointed oaf whose only relevant telecoms experience came whilst working as a Billing Ops Manager and who had a penchant for object oriented databases convinced lots of people he was an ‘expert’ simply by telling them he was. The irony was that people paid him to boost their CVs, without once thinking to check his CV. Presumably his target market are people who simply do not care if they will learn anything useful, or people who cannot find a better alternative elsewhere. The former are beyond help; it would be better if they were all sacked. The latter come to him because scale also leads to efficiency; the worst training course will still become more accessible and cost-effective if it is repeated widely.

The inability to match educational supply with educational demand leaves our field struggling. The problem is not so severe for professionals like me; my approach has been to keep moving forward, continuing to experiment with new challenges, but not everybody can do that. What is being done for everyone else? Plenty is being done, but in fits and starts, because it is so poorly rewarded.

I know something about the rewards generated by trying to teach people something. Years ago I wrote a book about revenue assurance, mostly because I was tired of fools saying Papa Rob must be an expert on revenue assurance just because he wrote a (self-published) book about revenue assurance. Based on the sales figures, it is clear the majority of RA practitioners would rather have their employer spend five thousand dollars on a lousy training course then pull one percent of that amount from their own pocket, in order to buy a book and try to learn from it. The book received four reviews on Amazon, two of which were five-star, two of which were one-star. The one-star reviews said that (1) you could find most of the same content for free on the web and (2) it should have been an audio tape because reading is hard but listening is easy. In all seriousness, why would anyone want to assist losers like the jerks who left those reviews? Are they so stupid that they think people write books like this one because they expect to make good money from it? I make more by giving 30-minute presentations on behalf of software vendors, which perfectly explains why there is a gap between the limited economic motivation of potential teachers and the unrealistic expectations of potential students.

Despite already enjoying a long career where he gave away lots of advice (and had lots of intellectual property stolen from him) David Smith has volunteered to lead the development of an education program for the Risk & Assurance Group. He is a good person to put in charge precisely because he has retired; selfish motives will not influence his judgement. But like any normal person, David will be more motivated, and have more to work with, if lots of people were banging on his door, demanding he deliver his curriculum and submitting content which they want included. The vast majority of practitioners have done neither. Why not? Maybe they see no need. Or perhaps they feel they have been too busy to contribute so far. Or perchance they were simply unaware. Excuses, excuses, excuses…

I sometimes ask myself if I should be doing more. The answer is: no. If anything, I should be doing less. My LinkedIn profile says I am retired, and not without reason. I have given plenty of material away already, and I spend too much time promoting organizations like RAG. This leaves me with little sympathy for people who say they were unaware of anything happening in their chosen profession except for the email spam they received from Papa Rob, or for the many creeps and asshats (they know who they are, and some readers will know them too) who copy and plagiarize content that has already been given freely, or for the cretins who buy books and then complain they should be audio tapes. Whenever I meet a fellow practitioner, and I ask which of us should be doing more to develop an educational curriculum for people in our line of work, there is a 99 percent probability that the answer is: they should be doing more. Either they should be learning by doing, or sharing what they have learned by doing, or doing a MOOC which may be somewhat relevant to them and then reviewing it so others know if it was useful, or writing a valid review of a book that they read (whether they thought it good or bad), or asking other people about what books and training courses are available. Any of that is better than the option taken by Papa Rob’s pupils: learn nothing, know nothing, research nothing, ask to be spoon-fed instructions on how to do their job, then expect a hefty pay rise for having swallowed a mountain of junk.

This article is topped by a photograph of the inauguration of J.F. Kennedy, a US President known for a nice turn of phrase. People asked him what he was going to do after being elected to the job of President. During his inauguration speech Kennedy offered a clever answer that long outlived the man himself.

My fellow citizens of the world: ask not what America will do for you, but what together we can do for the freedom of man.

Finally, whether you are citizens of America or citizens of the world, ask of us the same high standards of strength and sacrifice which we ask of you. With a good conscience our only sure reward, with history the final judge of our deeds, let us go forth to lead the land we love, asking His blessing and His help, but knowing that here on earth God’s work must truly be our own.

We should all ask ourselves why the curriculum for risk and assurance remains elusive, because I feel the answer lies in identifying who is willing to answer, and who would prefer not to be asked. I know how many people read Commsrisk, and I know how few leave comments. I know how many have GRAPA certificates, and which of them took part in the ‘collaborative’ development of that training program. Should we ask what more can be done by those who are already prepared to explain what they are doing, who already make themselves answerable to the community? Or should we ask more questions of those who have remained silent so far? Does the answer to our problems lie in asking for different leaders, or in asking those who follow why they expect no more from themselves?

A Decade of Revenue Assurance Training