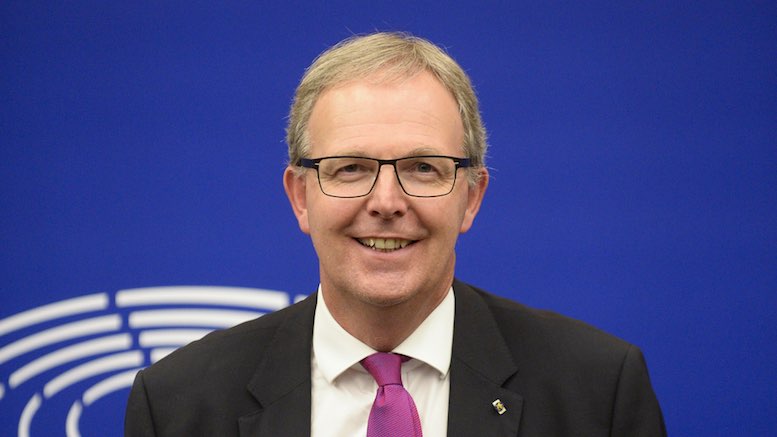 Do you ever read the Los Angeles Times online? It is a left-leaning publication that unsurprisingly devotes plenty of coverage to big tech stories emanating from Silicon Valley. But if you live in the European Union then you will only be able to read the LA Times by disguising your location. For perfectly understandable reasons, the publishers have higher priorities than complying with EU laws that create a burden but serve little purpose, so rather than kowtowing to EU diktats they simply decided to block attempted access from any IP address in the EU. As a consequence, the 500 million inhabitants of the EU, who represent 1 in every 15 people on this planet, now find that any link to the LA Times results in this message:

Unfortunately, our website is currently unavailable in most European countries. We are engaged on the issue and committed to looking at options that support our full range of digital offerings to the EU market. We continue to identify technical compliance solutions that will provide all readers with our award-winning journalism.

The publishers of the LA Times should be applauded. At least they are showing some respect for EU law, even if that law is misguided, and even if the consequence is that Europeans can no longer read the highly-regarded journalists working for their newspaper. In contrast, the vast majority of websites around the world are flagrantly breaking EU law. If they all adopted the same respectful but common sense approach as the LA Times then Europeans would only be able to access a small fraction of the world wide web. That tells us something is fundamentally wrong with EU law. EU politicians and bureaucrats may think themselves very important, but they do not have the power to force the rest of the world to comply with their wishes. They act as global legislators whilst ignoring the 14 in 15 people who have no say in the EU’s complicated and opaque variation on the theme of democracy.

Not being able to visit foreign websites is just one of the more noticeable consequences of foolish EU meddling in the management of the global internet. Other problems created by the EU will be largely hidden from view. The average person will not be aware of them, nor will fail to grasp how harmful they are. On 12th September the EU Parliament passed amendments to proposed digital copyright rules that were opposed by such luminaries as Tim Berners-Lee, inventor of the web, and Jimmy Wales, founder of Wikipedia. We should label the EU’s new approach as the ‘German’ model for internet rights, because it requires automated upload filters to control what content is made available, and taxes on links to content written by journalists, and both of these measures are hallmarks of existing German legislation. The filters will not work, because they never do, and the result will be big businesses erring on the side of caution and suppressing legitimate free speech. As for making money from inbound hyperlinks, the German experience already shows that the link tax will generate no money for publishers who vainly hope to be compensated for a declining business model. It is ironic that the EU laws encourage the LA Times to block access to Europeans at the same time as German publishing giants are demanding payment from others who send traffic to their websites.

Stop for a moment, and think about all the brilliant and creative people who have contributed to a vibrant internet. Now think about all of Germany’s great business successes. Did you notice how there is literally no overlap between the two? The Germans want to manage the internet like they manage their car manufacturers (minus the embarrassment caused when they are caught cheating on emissions tests). Their logic is beguiling but fundamentally misguided. The internet is not a piece of precision engineering where everybody must conform to exactly replicated standards. It is a dynamic community and marketplace, which thrives if everyone is allowed commercial and artistic freedom. Freedom means big businesses can fall, as well as rise. German MEP Axel Voss (pictured above, whilst basking in the ‘success’ of winning the European Parliament vote), the main proponent of the misguided link tax rule, showed his bias when he said:

I have the feeling that someone like Axel Springer… is no longer on equal footing with Google or Facebook.

Axel Springer is a very large but boring and old German publishing business. It was started in 1946 and generates revenues of over EUR3bn each year. Despite its power and influence, it is obvious why it is not on an equal footing with Google or Facebook. For all their sins, the people who founded Google and Facebook are innovators. In contrast, the lumbering German publishing industry needs the law to be changed so their businesses do not have to. And if that means making decisions which have global consequences for the internet, they do not care, and nor do the parochial politicians who work for them.

There are some Germans who understand the seriousness of the mistakes being made by the European Union, with Julia Reda MEP being foremost amongst them. Her response to the European Parliament’s vote on digital copyright pithily captured the gravity of the situation.

Today’s decision is a severe blow to the free and open internet [her emphasis]. By endorsing new legal and technical limits on what we can post and share online, the European Parliament is putting corporate profits over freedom of speech and abandoning long-standing principles that made the internet what it is today.

…all the concerns by academics, experts and internet users that led to the text being rejected last July still stand. Unless filters are explicitly excluded in the negotiations, public protest will only increase and the entire Directive may well still be rejected when it comes up for a final vote right before next year’s European elections.

You might speculate that my being British is the reason why I castigate the German model for the internet, as now being forced through the EU. The truth is that the UK will still be subject to this kind of folly even after it leaves the union, as demonstrated by the experience of the LA Times. No part of the world will entirely escape the stupidity of boneheaded EU decisions about the internet, though most non-European users of the internet should hopefully continue to ignore EU rules. The EU has power, even if it wields that power foolishly. Bad internet rules will stifle innovation in Europe, and complicate life for people outside. A final observation should serve to illustrate how arbitrary the EU is, leading to a wholly unrealistic view of the nexus between technological progress and political power.

Regular readers of Commsrisk will know that EU’s stance on data protection in the USA is a long-running joke. The USA is a powerful sovereign country; its lawmakers do not have to bend to European will, but European businesses need to engage with American businesses. As a consequence, the EU simply pretended that US companies obeyed EU data protection laws, even when that was obviously impossible because the US government was making demands contrary to those EU laws. That charade continued for 14 years, until an activist eventually succeeded in taking his long-running legal fight to the highest European Court, who almost immediately agreed with his straightforward arguments, sinking what was then called the EU-US Safe Harbor for personal data. Did this stop business between the EU and US, even though most of the exchange of personal data was now illegal? No. The Eurocrats simply ignored their own rules until a superficially superior replacement scheme – the Privacy Shield – could be put in place.

If you are naive, you believe the Privacy Shield is properly enforced, just because somebody passed a law saying it should be enforced. If you are a realist you can think of a dozen reasons why it will never be enforced in practice, just as EU laws were not enforced during the interregnum between the Safe Harbor and the Privacy Shield. Why would US lawmakers go to great trouble to punish US businesses for doing things with European data when they show no interest in protecting American voters from the same activities? The Eurocrats are incapable of forcing serious change upon the USA, so they actively pretend their laws are widely respected, even though the little respect shown to EU law is best exemplified by the LA Times choosing to treat the whole of the EU as irrelevant. In a little while, the UK will join the USA in being outside of the EU. Compare the situation between these two countries: the US has never adopted similar data protection laws to the EU, whilst the UK has data protection laws completely aligned to EU law. However, the advice being given by the British government is that:

The EU has an established mechanism to allow the free flow of personal data to countries outside the EU, namely an adequacy decision. The European Commission has stated that if it deems the UK’s level of personal data protection essentially equivalent to that of the EU, it would make an adequacy decision allowing the transfer of personal data to the UK without restrictions. While we have made it clear we are ready to begin preliminary discussions on an adequacy assessment now [my italics], the European Commission has not yet indicated a timetable for this and have stated that the decision on adequacy cannot be taken until we are a third country [my italics].

If the European Commission does not make an adequacy decision regarding the UK at the point of exit and you want to receive personal data from organisations established in the EU (including data centres) then you should consider assisting your EU partners in identifying a legal basis for those transfers.

You understand correctly. The jaw-dropping truth about the EU’s approach to the internet and data processing is that they have lied to Europeans about US businesses respecting EU law for almost two decades, but they cannot promise to say the same thing about UK businesses even though the UK’s legal framework has long been the same as that required by the EU. Mind-numbingly arbitrary decisions like these spell disaster for the smooth functioning of a global internet where data travels from A to B to C at the speed of light. Contrary to their claims, EU politicians and bureaucrats are not making the internet better or safer for anyone. The EU’s absurdly inconsistent and small-minded thinking threatens to destroy the openness that has made the internet so useful for so many people around the world.

RAG TV Episode 1: Fighting Scams and Spoofing by Adapting STIR/SHAKEN for Each Telco