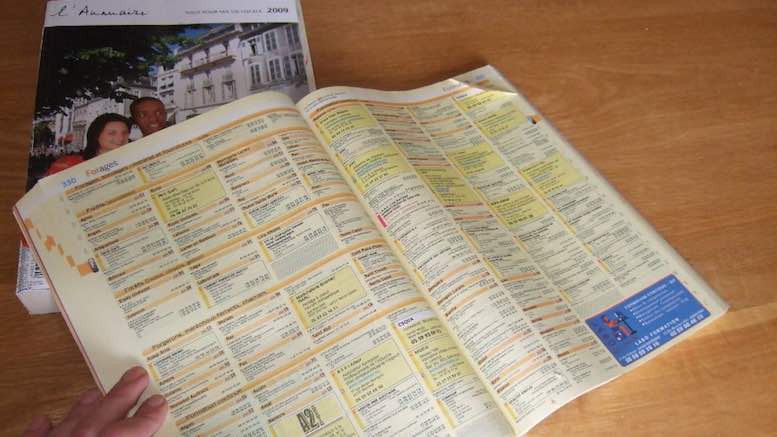 It may seem strange today, but people used to remember telephone numbers. Albert Einstein famously condemned this burden upon human memory, arguing that you should “never memorize something that you can look up”. However, researching phone numbers often proved unreliable. Yellow pages and local directories only covered phones within a certain region, and only if the user chose not to be ex-directory. Numbers belonging to personal acquaintances would be written into a ‘little black book’, to be crossed out when people moved home, with many losing touch when that happened. Rolodexes were a handy way to file business cards, but businesses sometimes move too. Now we take it for granted that our electronic devices will efficiently manage far more telephone numbers than we could hope to commit to memory. But soon they may not have to. Recent news confirms that traditional voice calls are in terminal decline, whilst OTT services are taking their place. Research by the UK regulator shows that the number of mobile phone calls has dropped for the first time ever. Meanwhile, the Commonwealth Telecommunications Organisation reports that OTT services are killing revenues for traditional voice calls and text messages. They anticipate a transition where the endpoint…

…would appear to be one in which mobile operators become pure mobile broadband providers.

The trend is global, and may be more pronounced in developing countries. For example, Nigerian ARPU has fallen from USD22 in 2005 to only USD4 today. If voice dies, then so will traditional telephone numbers.

Perhaps it is too soon to worry, but I see little evidence of anyone planning for this inevitability. We have come to rely upon telephone numbers in various ways. They provide an indication of where an incoming call is from, though more needs to be done to prevent increased spoofing. They are used by regulators and telcos to structure prices, though price schemas may be flawed. They are treated as a corollary to identity, most obviously when one time passwords are sent to a user’s phone number as a backup for other forms of identification, causing some to confuse a vulnerable form of authentication with two-factor authentication. And phone numbers benefit from their universality; with few exceptions, anyone can call anyone else’s number. It is not obvious what might take their place, and many OTT services rely on the association between a telephone number and an individual subscriber. Consider the alternatives:

Telephone numbers are not just part of the infrastructure of telecommunications. They are part of the infrastructure of modern life. Think about how many official forms require you to supply a telephone number. Consider how telephone numbers are an aspect of how we seek to prevent fraud, not just as suffered by telcos, but generally. Politicians fret about encryption causing networks to go dark, denying law enforcement agencies the ability to surveil terrorists, but what would be the purpose of spying on an internet-connected device if you have no means of determining the identity of the person using it?

The humble telephone number may seem unimportant, but that is only because so many people around the world now take the humble telephone for granted. We provide networks that reliably connect everybody to everybody else. By doing so, we also provide everybody with a publicly-stated code that helps us to identify each person and each business. It will not be easy to devise and agree a codification system as reliable and pervasive as telephone numbers. Einstein did not think people should remember individual phone numbers, but there may come a time when people look back and remember the extinction of our universal system of telephone numbers with regret.