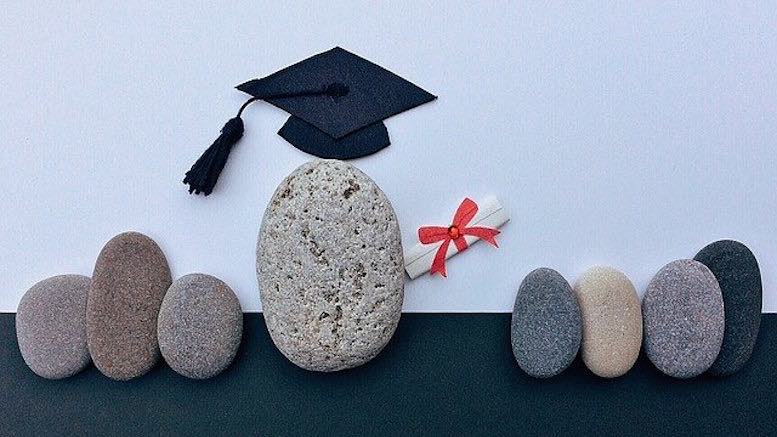 Would you give yourself a qualification? Of course not. Nobody sits an exam that they wrote for themselves. Nobody marks their own test. That would be both pointless and unethical. Some might say that giving a qualification to yourself is a kind of fraud. It suggests you went through an objective and independent process to demonstrate you achieved a level of competence when the reality is you invented some letters to put after your name because you were content with what you knew already.

Rob Mattison, President and owner of GRAPA, is one of the people who gave a Telco Fraud Officer qualification to himself, which he managed to obtain without ever working as a fraud manager in a telco. But he is not the only one. Even Mattison balked at selling a fraud course when he could claim no practical knowledge of fraud, so in 2010 he drafted in five other people as cover. They collectively formed GRAPA’s Telco Fraud Officer Committee whose stated job was to…

…steer the development of training and offer expert review of the certification class as it nears completion.

I could share the names of those five people right now, because it can be found on the internet in places that Mattison cannot edit. Mattison likes to rewrite history, but this is one piece of history he will never be able to rewrite. However, I will not state their names here, although any of you could find them through a simple Google search, because some of those people continue to work in telcos but have clearly distanced themselves from their past. Those individuals have scrubbed all reference to GRAPA from their public profiles. Others, in contrast, still boast about qualifications they gave themselves. One person’s public profile begins with the following claim:

Being a Telco Fraud Officer is supposedly so good that it needs to be mentioned twice in the same sentence!

As recently as June 2019, this person was selling his own training course, at a cost of USD600 per student, by claiming to have these credentials:

[Name redacted] has the highest certificate in Revenue Assurance and Fraud Management in Telecom from GRAPA – USA; Telco Fraud Officer – TFO, and he is a member of GRAPA HR committee.

Note how there was only one American on the TFO Committee, and that was Rob Mattison. However, the man who was selling this particular training course, who is not American, makes a point of observing that GRAPA is from the USA. This is how people like this choose to deceive others. It is not enough that they give themselves a qualification. They must also pretend the qualification comes from a different country.

Here is an important point we should not shy away from: a lot of you know this person. A lot of you may even like this person. But he still made money by dishonestly stating he has the ‘highest’ qualification, which he received despite an obvious conflict of interest, and which was given to him by another man who also gave the same qualification to himself.

I also know this person. Previously I turned a blind eye to his low-level corruption because it was expedient to do so. That was wrong of me, but I am not alone in sometimes pretending to be unaware of wrongdoing by other so-called professionals. I would have been glad to forget all about him, but recently he went to the trouble to remind me of his existence. He took to social media to respond to my accurate criticisms of bad practice by GRAPA to ask for ‘clarification’ of what my article was about, saying he did not understand the reason for it. Why would somebody who was on the GRAPA Telco Fraud Officer Committee, and who received the Telco Fraud Officer qualification, and who still says he is on the GRAPA HR Committee, need clarification of endless examples of dishonesty by GRAPA? Was he unaware of the process by which he received a qualification from a committee that he also sat upon?

Though this person is fine with challenging my observations publicly, he seemingly is unable to answer any questions about himself, or about his role at GRAPA. He was given an opportunity to defend his actions, but turned it down, stating he was not ‘allowed’ to discuss his work with GRAPA. Claiming to have bogus GRAPA qualifications is allowed; transparently explaining how you obtained those qualifications is not allowed. But who instructed him on what was allowed? Yet again, it is obvious that only one person pulls the strings, and whilst others are welcome to promote their allegiance to GRAPA, they do so on condition they become puppets.

So here are my questions to this puppet, whose CV says he has been one of the driving forces behind GRAPA for the last 12 years, because I want some clarifications too. Why was I banned from GRAPA? What explicit rule did I break? How does a person become a member of GRAPA, and how do they terminate their membership? If somebody in GRAPA was guilty of corruption, then how can other people blow the whistle? And if this article does not make it clear how rotten GRAPA really is, then what ever would?

Where Are the Black Telecoms Risk Experts?