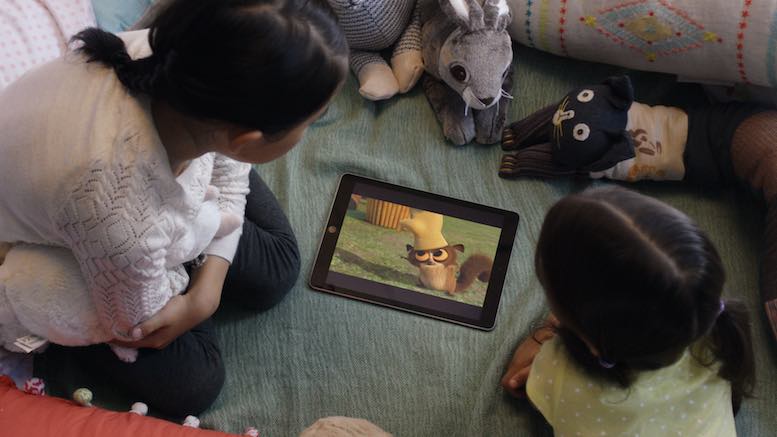 For as long as there have been movies, the industry has been characterized by the interaction between contents and distribution. Without good content, distribution becomes an empty exercise; without effective distribution, movies languish without a suitable audience. Against this backdrop, there is no company with a better reputation for disrupting the current modes of content creation and distribution than Netflix. First came its success in upending the movie rental business and later we witnessed its transition into remaking the digital content distribution business (and, more and more, context creation). Netflix has become a synonym for the way that innovation should be done.

Consider the following: In the recently-ended second quarter Netflix had 104 million subscribers. It added 5.4 million of them during that quarter alone, 4.14 million coming from outside of the US. It plans to spend over $6 billion dollars in programming, including a sizeable chunk in developing new shows. Indeed, in the second quarter, Netflix released more than 50 new programs. That has made Netflix the apple of every Hollywood studio’s eye.

Still, not is all sunshine at Netflix. Two recent news items suggest that there may be some rain clouds on Netflix’s horizon. The first is the report, published (see Reuters.com here) earlier this week, that Disney plans to roll out two streaming services. The first will rest on sports programming from its ESPN channels. No real surprise here. While ESPN has over the years been the most consistent source of revenue for Disney, the trend is towards “cord-cutting”, as more and more people cancel their cable subscription service. Finding a streaming alternative is an obvious attempt to address this problem. A challenge for Disney, but not a major threat to Netflix.

It is the second planned streaming service, which will revolve around providing Disney and Pixar movie and television programming, that is of greater concern, since it will mean that Netflix will lose access to new movie fare from Disney and Pixar. For example, Netflix has rights to certain new Disney movies, such as Toy Story 4 and a live-action version of The Lion King. It is reported that Disney will take back these rights from Netflix. Beyond the potential loss of desirable Disney contents is the challenge that may be posed by Disney establishing a competing streaming platform. As observed on Reuters.com, “…Disney is a media superpower, and its decision to aggressively pursue streaming could speed the entertainment industry’s adoption of the platform.”

But the greater problem for Netflix may not be the likes of a competing Disney platform; after all, Netflix offers plenty of contents other than Disney-related contents. Rather, the long-term challenge to Netflix may lie in its very business model. This is the view expressed by Porter Bibb, an iconic media figure both in the content and investment sides of the media and entertainment business. (We have the movie of the 1969 Woodstock Festival in large part due to him.) In a recent radio interview on Bloomberg, Bibb argued that the Netflix business model is “not sustainable”.

He reasons that the company has $20 billion in obligations, an amount that cannot be supported by a subscriber base, no matter how large. This means that Netflix will need to introduce advertising. The problem is that advertising will drive away a certain number of subscribers, which will then depress advertising rates, and so on, in a downward spiral. In his view, the upshot is that Netflix will reach a financial wall, within 3-5 years, leading to a severe drop in its stock price. After this happens, one of the big players, such as a Google or Apple, will swoop down to purchase Netflix and seek a way to fold it into its business.

If Bibb is correct, the fate of Netflix will ultimately be like so many other industry disrupters. In a world that is witnessing more and more industrial concentration, the ultimate impact of even the most successful innovators, such as Netflix, is not to create a new industry, but to help an existing behemoth add to the scope of its functionality and customer base.

The original version of this article was written for the IPKat by Neil Wilkof. It has been reproduced under a Creative Commons CC BY 2.0 UK Licence.