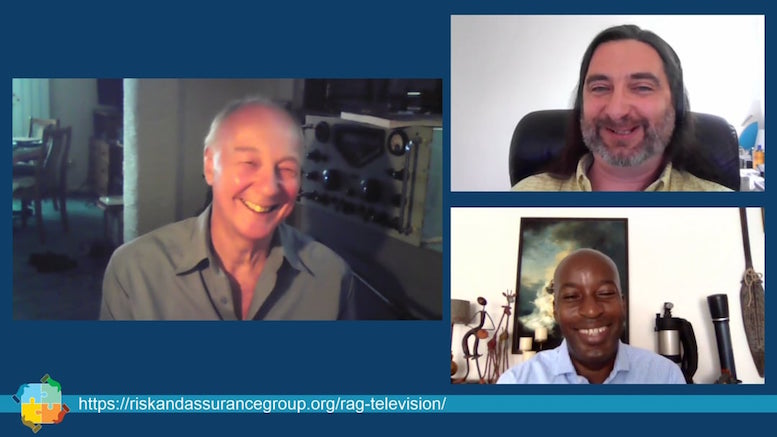 There are a lot of bogus histories of revenue assurance. Consider this vague sentence from an article published this year.

In the early part of this century, people did not just talk about fraud, departments started to talk about revenue assurance.

What does that mean? Which departments is the author referring to? What were the names of these people? What did they actually say? Why did they start talking about revenue assurance? How do you start talking about ‘revenue assurance’ unless somebody has already decided what the words mean, and unless others agree to use the same words in the same way? Why is it so hard to pinpoint a year in which something specific happened, rather than referring to ‘talk’ during the ‘early part’ of the century? These are all telltale signs; the author wants to give the impression of having charted the evolution of revenue assurance when he literally knows nothing about the subject. If you want a true history of events then you need to speak to people who were central to those events. That is why we interviewed David Smith (pictured, left) for yesterday’s episode of RAG TV. David can tell us about the history of revenue assurance because he played a vital role in transforming revenue assurance from vague talk into standard practice for every telco in the world.

David was one of the authors of Successfully Managing Revenue Assurance, a 2001 publication that literally defined the principles of revenue assurance for the first time… and if you want to argue that somebody else ‘talked’ about those principles beforehand, then show some evidence to support this assertion! Contrary to the bogus history mentioned above, David makes it clear that his revenue assurance principles evolved from the practice of auditing the accuracy of consumer bills. Successfully Managing Revenue Assurance was often copied but rarely credited, not least because the first revenue assurance departments were too busy justifying their existence to focus on academic niceties, and because marketeers rarely give credit to anyone outside of their own business. It captured the important intellectual progress that resulted from a significant investment in retail billing accuracy following the liberalization of the UK telecoms market and imposition of new consumer protection obligations in 1993. Other professionals in different countries undoubtedly did relevant work around the same time, but if you want to explain the history of revenue assurance then you should chart what was written about revenue assurance, and Successfully Managing Revenue Assurance is the first major work that uses the words ‘revenue assurance’ in its title, and the first to describe a discipline that any current RA professional would recognize as the same as their own.

Understanding the issues that prompted the rise of revenue assurance helps us to understand why telcos still need to do it. Technology has changed a lot since 1993, so the continuity of revenue assurance resides in people, ideas, objectives and methods. Anyone who thinks revenue assurance is about technology is just begging to be made redundant when new technology replaces old technology. Whilst ideas, objectives and methods are important, there is nothing that matters more than people, and the advice they can share. People need to talk to each other if they want to learn from each other, and David is a treasure trove of knowledge. It is the reluctance to talk to experts like David, who reliably shares his wisdom and insights with others, that leads so many to foolishly believe what they read in biased and poorly-researched articles they find on the web. Talking to David would help anyone to reflect upon the objectives they have adopted and the methods they use. It was encouraging that many viewers of the live stream ‘talked’ to David during the show, by submitting their questions and observations using RAG TV’s messaging system.

Nixon Wampamba (pictured, right and below) was my co-host for yesterday’s episode of RAG TV, but I had to double-check my notes when I saw that he has been working in revenue assurance since 1995. He looks too young! His career has also marched in step with the development of revenue assurance, but he can talk from first-hand experience about the worldwide pursuit of RA objectives following periods of work in South America, Europe, Africa and North America. Criss-crossing the continents allowed Nixon to learn about the best work in one place, then transmit and translate it to somewhere new. It was a pleasure to hear Nixon’s reflections on the history of revenue assurance, and he also shared his views on the USA’s Clean Network initiative and the ethical breakdown that led some fraud ‘officers’ to certify their own competence. You can watch the recording of the show below.