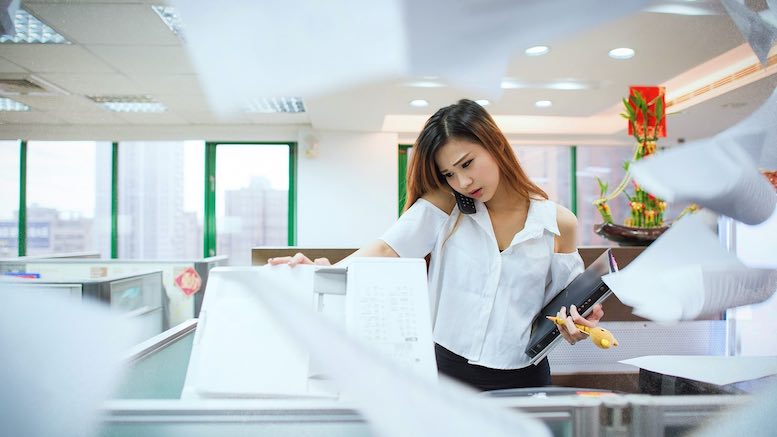 A while ago I wrote how an unscrupulous revenue assurance consultant called Gideon Ikwe infringed the copyright of others by creating a slide pack he called ‘Telecom Revenue Assurance 101’. Put simply, he copied work created by others, and pretended it was his. He even had the cheek to put his own copyright notice on the content he had stolen! Eventually LinkedIn removed the infringing pack from their SlideShare service but not before it had been seen over 10,000 times. Was that the end of the story? Unfortunately not, because LinkedIn have since reinstated the copyright-infringing pack on their SlideShare service!

Copyright violations are more common than some people care to admit. The internet makes it easy to abuse other people’s property and hard to police the unlawful activity that occurs. Many so-called professionals show an extraordinary disregard for intellectual property law, even when the revenues of their businesses depend on those same laws being respected. Big movie studios and pop stars can employ minions to protect their rights, but most of us are not well served by the way the law is enforced. Businesses like LinkedIn have an economic interest in permitting copyright to be violated: they call their service SlideShare not Slide-Not-Shared-Because-We-Actually-Checked-Who-Owned-It.

The only way we can turn revenue assurance into a genuine profession is to police our own community. Nobody else is going to help us to build a worthwhile repository of knowledge whilst defending it from being ransacked by cheap lazy greedy exploitative scumbags such as Gideon Ikwe. LinkedIn is not going to take care of us. The police get upset about Kodi boxes and the copyright of Hollywood movies but not much else. Even international collaborative telecoms bodies like the TM Forum take an unreliable stance on copyright; they will protect their own revenues, but have turned a blind eye to violations when it suited them. Either we behave like professionals, and police each other, or we accept that our use of the word ‘professional’ cannot be applied to our ramshackle, lawless community.

Over the years I have heard plenty of empty talk about morality from people who are deeply concerned with small details but refuse to look at a bigger picture of repeated theft and corruption. We need a body like the Risk & Assurance Group to help everyone identify and remember good behavior, and to distinguish it from the bad. Without this kind of discrimination, the honest professionals will never gain an advantage over the cheats that exploit them. Ending plagiarism and other kinds of abuse will not be easy. But it can be done. The only question is whether we have the collective will to do it.

Why You Need to Know about GST, Alternative Banking Platforms and VoIP Fraud

Why LinkedIn Marketing Matters Less Than You Think