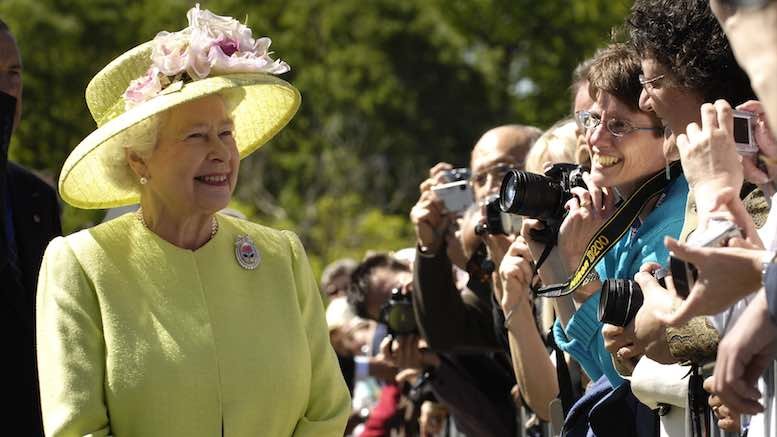 Now in her 90th year, Queen Elizabeth II of the UK (and a bunch of other countries) continues to maintain the tradition of broadcasting a message on Christmas Day. Though it is always broadcast at the same time, the message itself is recorded in advance, as was confirmed when the Queen subsequently fell ill. Though I admire the tradition of the Christmas message, it does beg a question. The radio broadcast, later transferred to television, was introduced in order to take advantage of new communication technologies. Now it is even available on YouTube. But why does the monarch restrict herself to a once-a-year speech that lasts a little over five minutes, when she could be tweeting 140 characters on a much more frequent basis? That way she could give us timely advice and guidance, with less interruption to any annual family get-togethers. And a message broadcast at 3pm GMT is hardly targeting the peak time audience amongst her loyal subjects in New Zealand or Canada.

The Queen has tweeted previously, though the pictures of her tweeting at a static lectern suggest that nobody has shown her how to do it with an iPhone. Elizabeth’s lack of subsequent tweeting activity has left a gap in the market, inevitably filled by the spoof account @Queen_UK. Many people like the Queen, and want to know what she thinks. Though she has been at the job for a long time, Lizzie should buck up, wrest back control of this important communication medium, and tell us what to think about important events. If tweeting is good enough for the incoming President of the USA, who has plenty of other things to do, then reigning monarchs have no excuse.

For those who missed it, this was the advice the Queen gave this year: